This year more than 100,000 music professionals from around the globe gathered for the industry’s annual “family reunion,” resulting in the largest show in the 115-year history of NAMM, or National Association of Music Merchants (NAMM).  Few Hungarians make it to the NAMM Show, but this year, László Stachó, Senior Lecturer at the Liszt Academy of Music, Budapest was able to participate and present on practice methodology thanks to HIF’s conference support scholarship.

My participation in this major educational expo was a rewarding and informative experience. 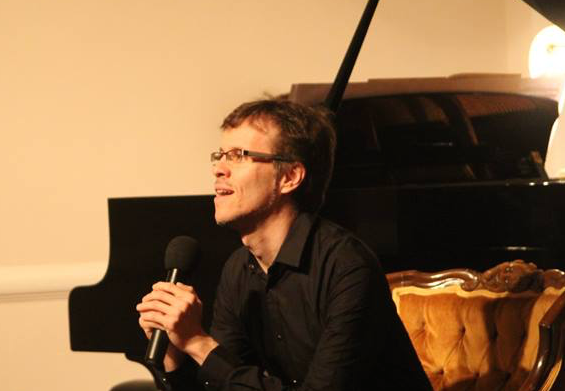 Dr. Stachó’s Practice Methodology workshop provides the performer with a uniquely powerful toolkit and can be used with considerable success from the very beginning up to the most advanced levels of music education.

After Dr. Stachó’s  participation in the NAMM Music Education Showcases, he received several enquiries both personally and by email which enabled him to build longer-term contacts and joint projects with several universities and educational organizations both in California and in other US states.

At both memorial concerts music performances were intertwined with words: selected poems by Miklós Radnóti (in Los Angeles) and with short presentations and a discussion on Hungarian musicians murdered in the Holocaust (in New York).

The New York memorial concert attracted an especially large audience, and triggered exceptionally many positive feedbacks, communicated to both the Consulate and myself.

Following the memorial concerts in both cities, Dr. Stachó received invitations to perform at concerts and lecture-recitals in various US venues.