The American Political Science Association’s 2017 Teaching and Learning Conference (TLC) focused on promoting greater understanding of how to create an engaging environment for all students in the classroom. This year, the main track themes address issues of civic engagement, core curriculum and general education, the inclusive classroom, innovative subfield strategies, the Socratic method, and the virtually and technologically enhanced classroom. Dr. Botond Feledy, director of the Saint Ignatius Jesuit College, an educator himself participated at the Simulations and Games workshop, presenting on his EU Negomoot simulation which has been gaining popularity in Hungary in recent years through his efforts. 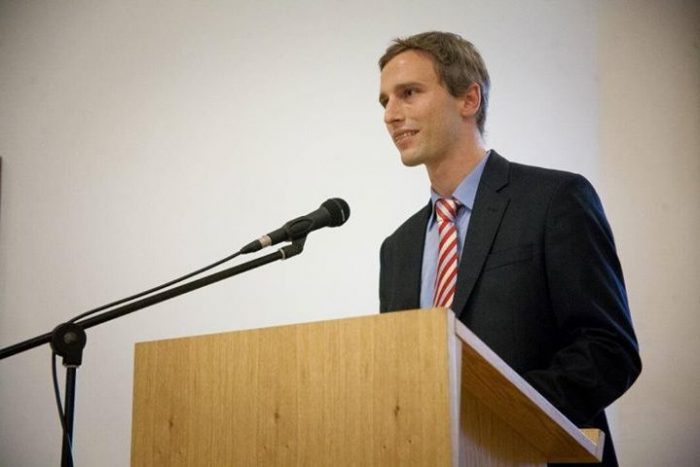 An excellent crowd has gathered from all over the US, and I was the single European representative.

The American Political Scientist Association has been running its Teaching and Learning Conference for decades, but few, if any participants ever represent Hungary. With HIF’s support, Dr. Feledy was able to engage in workshops for 2 straight days, discussing various methods of simulation game development, and shared best practices and resources.

I discovered an enormous amount of new resources and made new connections to university departments that I did not know before, at Harvard Instruction Design Department, Univeristy of Michigan and several others leading institutions in gaming.

Following the conference, Dr. Feledy intends to invite several professors for the simulation game he is hosting in Hungary to join the jury and to share further best practices. He also wants to adapt some of the methods he got to know, especially the “Reacting to the past” series.

With the University of Michigan St Ignatius College plans to share an online platform for future use of political simulation games which would be formidable for our EU simulation and would provide an incredible advance.

I am determined to return to next year’s conference as the insights were so useful and this time I might prepare a paper on our game to be later presented and published. Now I know what are the measures and standards for that.