One step closer to each other

The 92nd Anniversary of diplomatic relations between the United Sates and Hungary.

Hungary and the United States of America share a special relation. There have been many Hungarian successes in the United States in politics, science and art. These go back for more than a century and a half, however, the two countries signed a treaty establishing friendly relations only on August 29, 1921, which entered into force on December 17. Before that, diplomatic relations with Hungary were conducted through the United States Ambassador to Austria in Vienna. 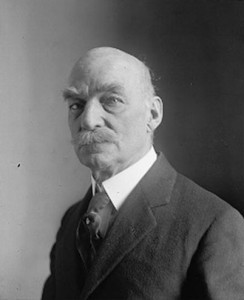 The first U.S. Legation was established in Budapest on December 26, 1921, with Commissioner Ulysses Grant-Smith as Chargé d’Affaires pro tempore.Theodore Brentano (see in the picture) was appointed as the first U.S. Minister to Hungary on February 10, 1922. He presented his credentials on May 16, 1922 and served until May 6, 1927.  Hungary opened its first consular posts in the United States in 1922, with a Consulate General in New York City and Consulates in Pittsburg, Chicago, and Cleveland.

Two years ago, on the occasion of commemorating the 90th anniversary of diplomatic relations between Hungary and the United States, Budapest’s Central European University hosted a conference. The conference was co-organized by the Ministry of Foreign Affairs and the US Embassy in Budapest, was opened by Hungarian Foreign Minister Janos Martonyi and US Deputy Assistant Secretary of State for European Affairs Bay Fang.

For our readers who are interested in this topic, it is recommended to read the U.S. State Department’s monograph, entitled The United States and Hungary: Paths of Diplomacy 1848-2006. The book is an official documentary with fantastic illustrations that introduces the major events of our nations’ common history.

Source: U.S. Department of State, Office of the Historian

← Prev: New partnership with the Transatlantic Academy Next: Holiday Greetings →