Celebrating the 200th Anniversary of the birth of Hungarian Poet János Arany,  2017 was declared János Arany Memorial Year by the Hungarian National Assembly.  In honor of the Hungarian “Shakespeare of Ballads,” HIF supported Hungarian-American communities in New Jersey, New York and Massachusetts that hosted award-winning Hungarian folk ensemble, Kaláka, in a series of concerts last October. 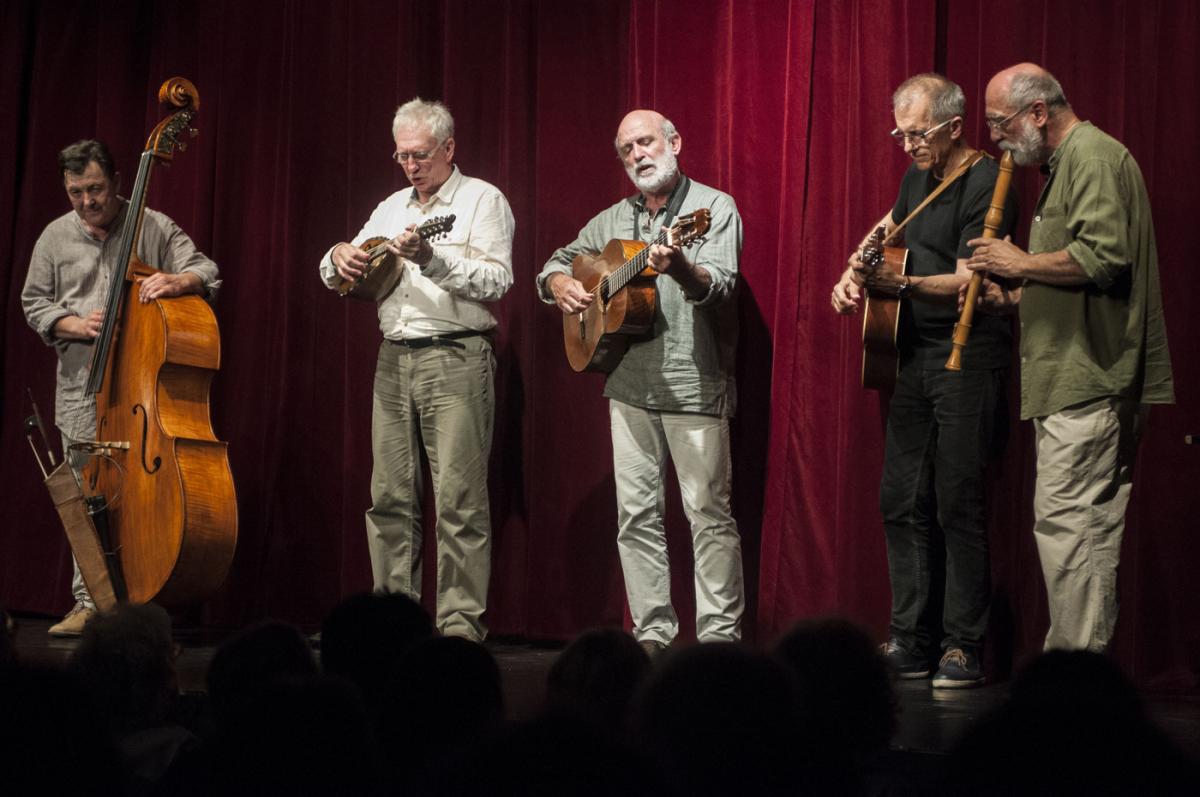 The Kaláka Ensemble, formed in Budapest in 1969, brought the poetry of János Arany to life by mixing classical and folk instruments. Their diverse repertoire and unique poetic composition gave audiences awe-inspiring performances.

“The Kaláka Ensemble is elegant. They offer poetry to their audiences on a musical platter which would never be confused with anyone else’s music. Their compositions aren’t forced, rather the original melody of a verse is played, born of the quietness of the heart exiled in books from the time of Gutenberg.”

The concert series was organized to encourage  members of the Hungarian-american community to connect their Hungarian identity and experience their roots in a positive way. “Music is something which evades the language barrier,” Kaláka members explained. “People usually resonate with the emotions that we try to convey, and hence they feel a connection is there.”

In fact, the goal of connecting individuals was the reason why the ensemble formed in the first place. The name Kaláka itself, referring to a Transylvanian folk tradition of working together or building a community, is at the core of their message. “Suppose someone wants to build a house in a village, then all the villagers help build it. Similarly, we are striving to build a house of music.”

And so they did. The Kaláka concert series had enormous success, selling out all three venues in New Jersey, New York, and Massachusetts this past October. With nearly 600 people participants, the event reached a diverse audience, tying together the heterogeneous local Hungarian communities.

“It is extremely important for the American Hungarian audience to meet great Hungarian artists. It has a great effect on the personal level, on the level of family life, as well as on the life of the community. We have received lots of compliments, such as “it is good to be Hungarian in New York if we have events like this.” – Ildikó Nagy, Director, Hungarian House NYC

Organizers thanked the Hungarian Initiatives Foundation for supporting the project, and hope to continue presenting Hungarian artists in the future.

“It was a great pleasure working with Kalaka, since their experience and professionalism helped us organize a successful tour. This experience has set up a standard for us that we would like to achieve in other projects as well.” – Ildikó Nagy