Éva Lukonits from Budapest, Hungary arrived to Washington this summer and will spend 4 months at the Institute for Governance and Sustainable Development. With HIF’s support, the Hungarian American Coalition’s Internship Program will be hosting seven interns in 2017 to provide first-hand experience at various Washington-based institutions. Internship participants are also expected to complete a Coalition research project that enables them to become familiar with the Hungarian-American community.

Éva Lukonits is currently finishing her graduate studies Environmental Sciences and Policy at Central European University in Budapest, Hungary and she also holds an undergraduate degree in Landscape Architecture and Garden Construction Engineering from Corvinus University of Budapest, Hungary. In 2015, Éva attended the Climate Reality Leadership Corps training in Miami, FL, which provoked and challenged her thinking, but most importantly gave her the motivation to pursue a career in this field. Since then, she has been working on several public awareness raising projects and organized numerous events to bridge the gap between communities and opportunities to build a sustainable future. Prior to her studies at CEU, she worked as a project assistant at CEEweb for Biodiversity from February to August 2016.

Éva’s host institution, the Institute for Governance and Sustainable Development (IGSD) works to promote just and sustainable societies and to protect the environment by advancing the understanding, development, and implementation of effective, and accountable systems of governance for sustainable development. IGSD has a broad range of projects in a variety of regions. Its members include practitioners and scholars from a variety of developed and developing countries – including lawyers, political scientists, economists, scientists and others – representing a diversity of geographic regions, and a wide range of cultural, legal and political traditions.

Apart from her internship at IGSD, Éva is working on her thesis focusing on how environmental non-governmental campaigns are adapting to the changing political landscape in Washington D.C. by analyzing the strategies of the most influential ENGOs.

“Thanks to my past experiences and background knowledge I gathered during my graduate studies, I see climate issues, and the globally changing political sphere as a challenge and opportunity to move away from fossil fuels and to build a sustainable world, which is based on the nexus of social, natural and economic values.”

“In these challenging times, every action matters, and I am very excited to provide my personal contribution to IGSD, as well as getting to know how an ENGO operates in Washington, DC.”

Prior to her internship at IGSD,  Éva arrived to DC earlier for the purpose of conducting interviews for her thesis, so she already participated in many events organized by the Hungarian-American community, including Hungarian American Coalition’s annual Gala Dinner, American Hungarian Heritage Foundation’s Hungarian Charity Ball and the tenth Hungarian Americans Together conference (HATOG X). 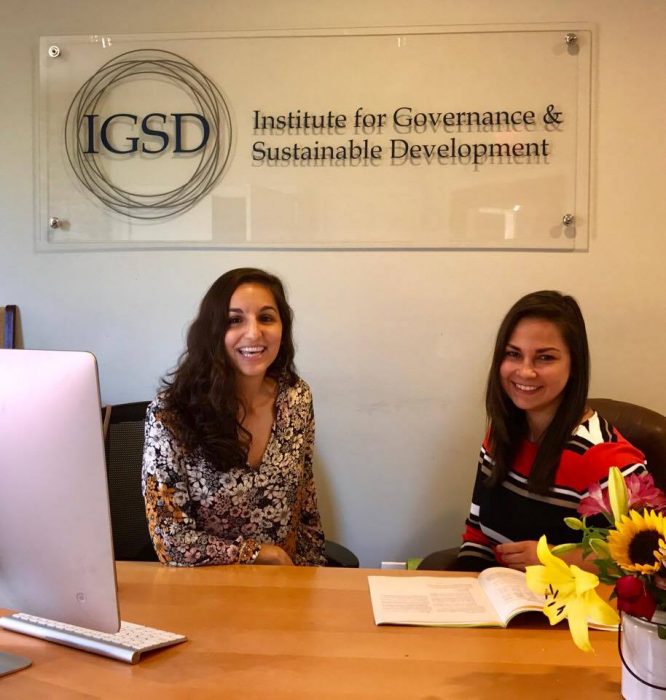