Krisztián Jójárt is the second participant of the Andrássy National Security Fellowship and has started his work at CEPA (Center for European Policy Analysis) this June.

During his six-month research Krisztián intends to provide a thorough analysis on Russia’s asymmetric warfare strategy based on the critical evaluation of the writings of prominent Russian military thinkers.

“I am highly committed to the coherence of the transatlantic community and Hungary’s firm place within it. My aim is to extend my knowledge on Russia as well as to contribute to the better understanding of Russian security policy and strategy and the true incentives behind them.” 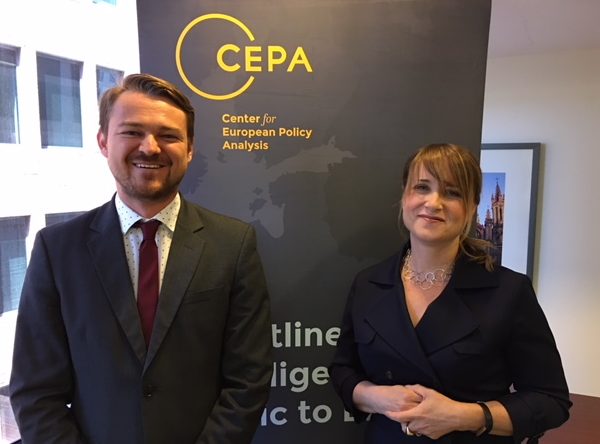 Prior to arriving to Washington, Krisztián has been an external fellow of the Center for Strategic and Defense Studies in Budapest where his research has covered the Russian military reform, contemporary Russian military thinking and Russia’s ongoing wars in Ukraine and Syria.

He holds an M.A. degree in security and defense policy and has pursued studies in international relations at the Corvinus University of Budapest from where he will receive his M.A. degree in the spring of 2019.

“Andrássy has set an example with his dignity and his love for his country. While the situation of his nation has changed radically during his lifetime, he managed to preserve his integrity and firm belief all the time, which guided him in the interest of his country. His personal traits and the values he shared are just as important and relevant today as they were in his age.”