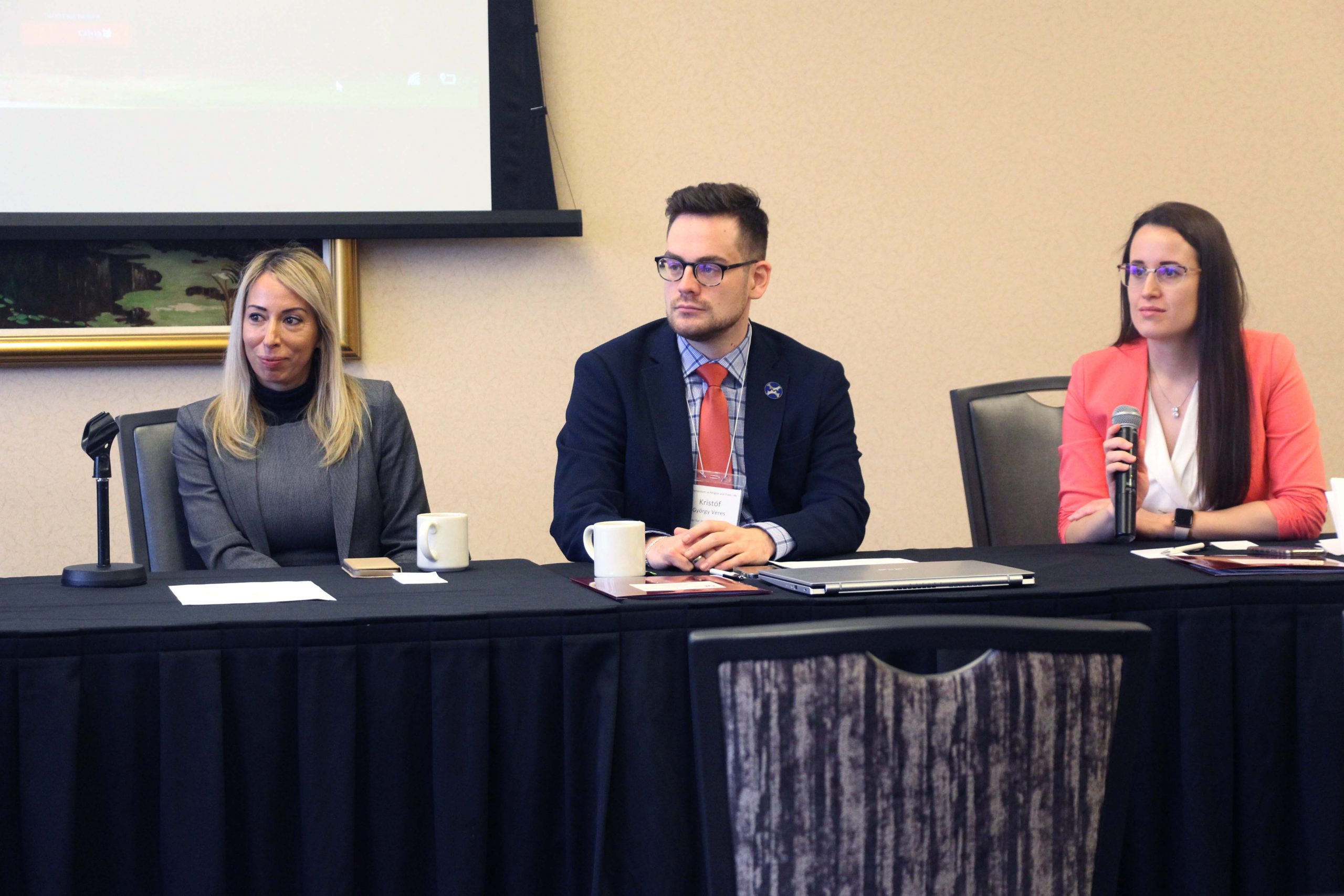 Hungary Foundation fellows were invited to join the Henry Symposium on Religion and Public Life in Grand Rapids, organized by the Henry Institute at Calvin University. The purposes of the Symposium were to provide opportunities to share current research, foster personal and professional networks, facilitate joint research endeavors, and learn about research opportunities in the field. Our fellows held presentations of their own panel on “The coexistence of law, public life, and religion in the European Union”. 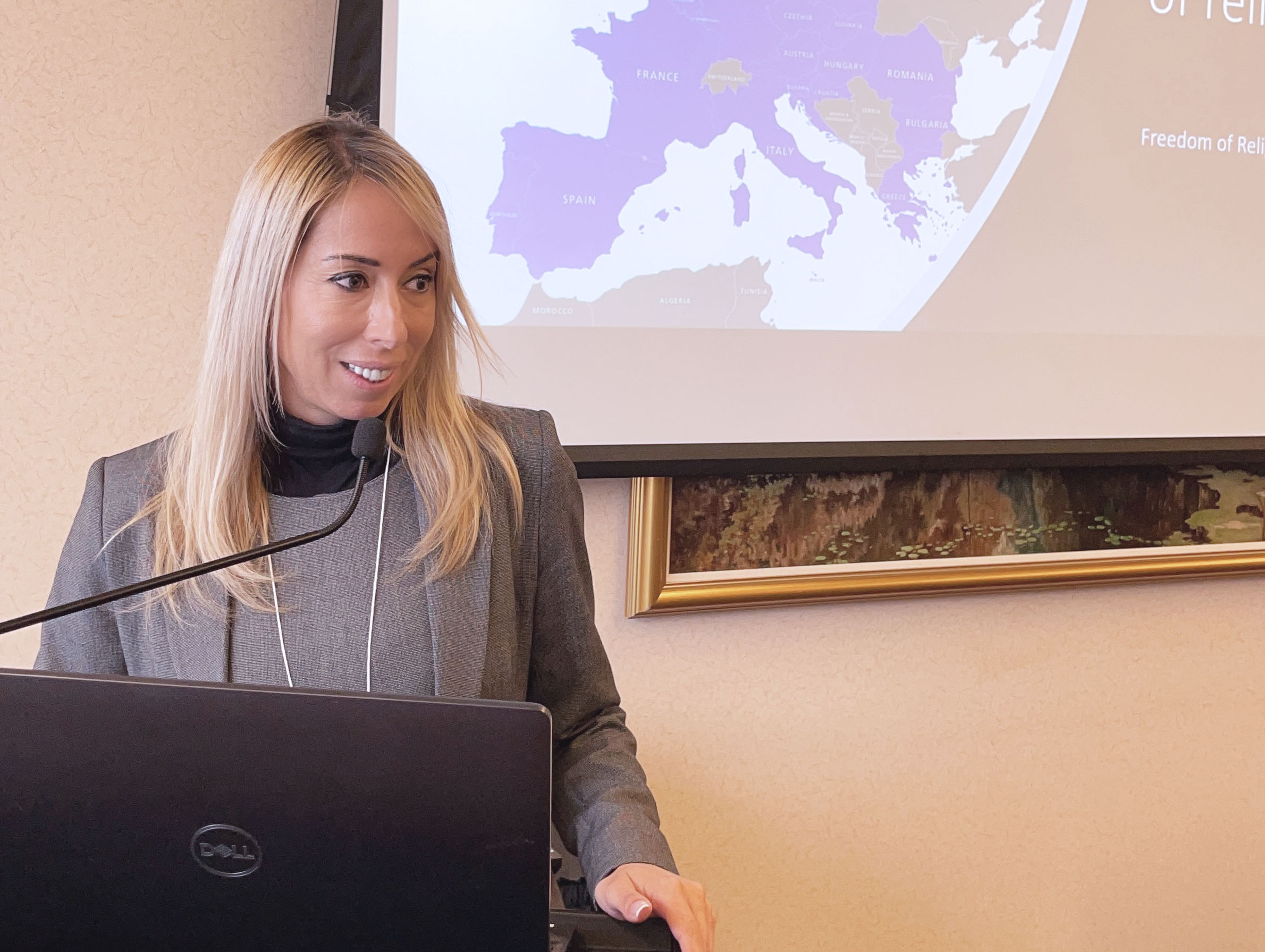 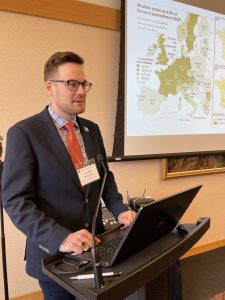 Kristóf György Veres Andrássy National Security fellow at the Center for Immigration Studies, Washington D.C. led the audience into France. The presenter highlighted the challenges of the historically secular state in our ever-changing and increasingly multicultural Europe. The topic covered the societal and political context of the novel anti-separatism law passed by the French Parliament in July 2021. Owing to terrorist attacks perpetrated by radicalized Muslims, and to the aftereffects of the Syrian migration-refugee crisis of 2015, Islamic separatism came into the limelight of French political discourse 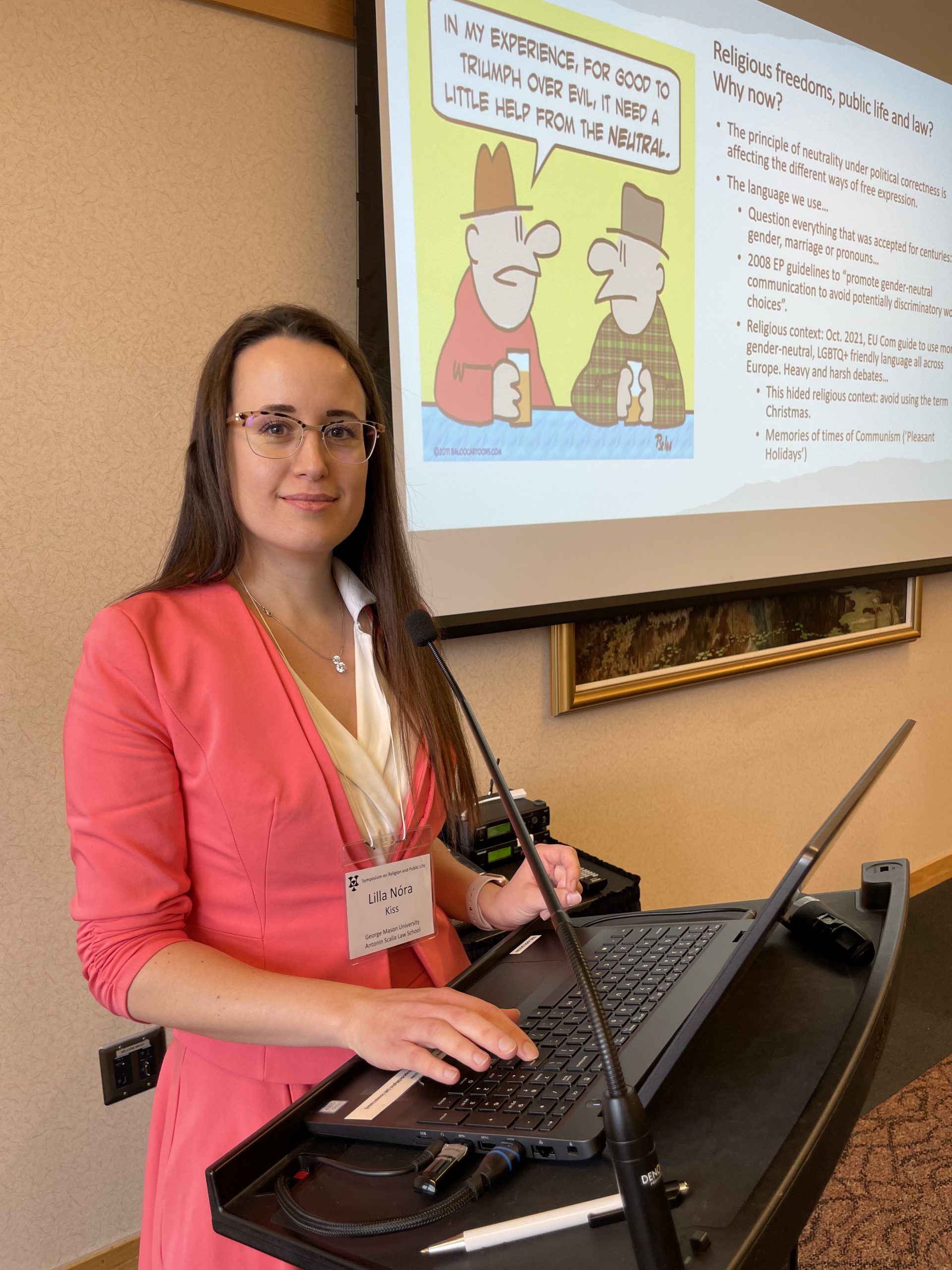 Lilla Nóra Kiss, Post-Graduate Visiting Research Fellow, visiting scholar at George Mason University, Antonin Scalia Law School, Arlington, VA analyzes the ascendancy of online platforms in relation to law and religion. The discourse guides the audience to the crossroads of traditional religious values enshrined by fundamental rights, having special regard for the phenomenon of cancel culture.

The panel reflected on the changing public life environment of fundamental rights related to religion and their practical aspects through the looking glass of an economist, a historian, and a lawyer.