Ethnic Dance Theatre received an HIF Program Grant in accordance with its spring performance series, Land of Legends: A Journey Through the Carpathian Mountains, in St. Paul, Minnesota. 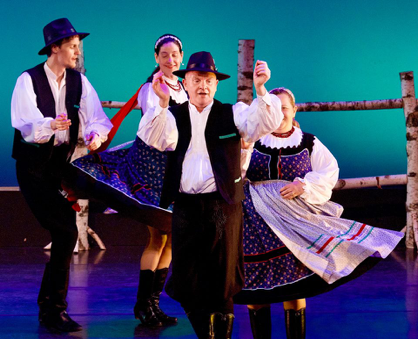 This past June, Ethnic Dance Theater (EDT), an award-winning, Minnesota-based company dedicated to the artistic performance and preservation of world music, song and dance, put on its spring calendar, Land of Legends: A Journey Through the Carpathian Mountains. The series included folk performances from Poland, Romania, Serbia, Slovakia, Ukraine, and Hungary. The Hungarian piece was based on traditional Hungarian folk dances originating from the Transylvanian village Ördöngösfüzes. The stellar choreography was provided by Gyula Bécsi of the Eger Lajtha László Dance Ensemble, with Managing Director Éva Kish composing the final arrangement. In addition, guest vocals were supplied by the highly-acclaimed Natalie Nowytski.

The performance offered a special opportunity for the Hungarian-American community in Minnesota. In teaming up with the community, EDT asked members of the Minnesota Hungarians to join the dancers on the stage:

Because it was assumed that the dancers wouldn’t be able to sing while they we’re dancing (as the sequences were complicated), members of the local Hungarian Community were invited to share the stage and assist in singing the traditional folk songs. The already strong relationship with the Minnesota Hungarian community in the Twin Cities was further strengthened through the collaboration.

Ultimately, the performance was a smashing success. So much so that in Fall 2018, EDT plans to take Land of Legends on a tour of the Midwest. The Egri Lajtha László Ensemble was so impressed by the performance, that they have expressed hopes that they could work with EDT in the future. Along with the dancers, EDT also expressed its heartfelt gratitude to Colleen Bertsch, Doug Code, and Sara Bruins’ Szászka Band who provided exceptional music accompaniment for the performance.

It was nice to take on this challenge of representing a distant choreographer’s work and have him satisfied with our performance of it. It is no small task for an American ensemble to think they can come close to doing it as well as the Hungarians who are immersed in the rich, dance environment that is now famous around the world. So to feel like EDT can hold its own in representing Hungarian folk dance and music before a critical audience is quite satisfying. 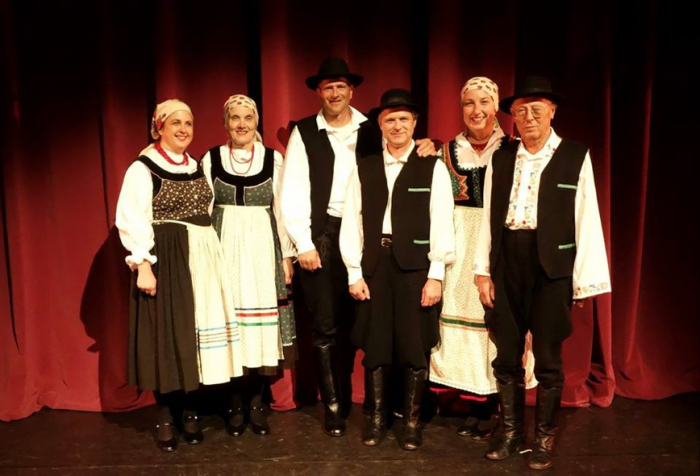