2017 marks the 200th anniversary of the birth of Hungarian poet János Arany. To highlight the importance of the Hungarian “Shakespeare of ballads”, HIF supports a number of musical performances by award-winning Kaláka Ensemble featuring Hungarian poetry, hosted by Hungarian-American organizations in New Jersey, Massachusetts and New York. 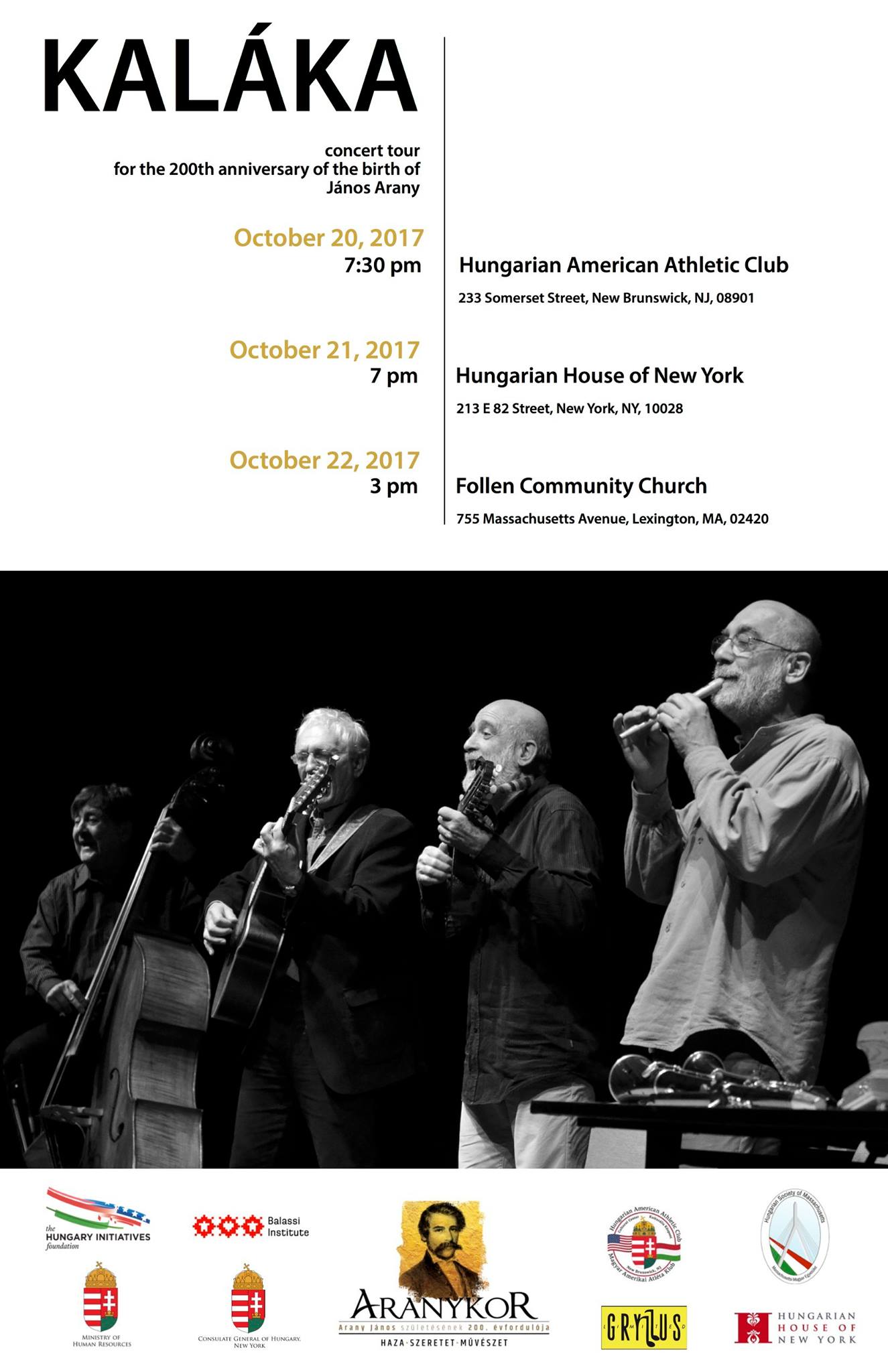 The Kaláka Ensemble was formed in Budapest in 1969. They sing poetry and play their own arrangements of folk music. Their music is varied and the poetry comes from many different styles as well. The sound of the four singing voices mixed with classical and folk instruments together gives the music a unique sound. The word “kaláka” refers to a Transylvanian folk custom of working together. Originally it meant a house building party.

The Kaláka Ensemble is elegant. They offer poetry to their audiences on a musical platter which would never be confused with anyone else’s music. Their compositions aren’t forced, rather the original melody of a verse is played, born of the quietness of the heart exiled in books from the time of Gutenberg. – Transylvanian poet Sándor Kányádi

The members and their instruments:

Read his works in English here.