HIF proudly supported the participation of Hungarian security expert Anna Péczeli at the 2016 ISAC-ISSS Conference hosted by the University of Notre Dame, where about 200 scholars gathered to exchange views about the challenges of the international security system.

Anna Péczeli, visiting Stanton Nuclear Security Fellow at the Center for International Security and Cooperation at Stanford University brought bright smiles and a long list of forceful arguments in favor of saving the 1987 Intermediate-Range Nuclear Forces Treaty (INF) at a panel on ‘Proliferation and Deterrence: Nuclear Weapons’. Debates about compliance concerns surrounding the INF Treaty (which is a bilateral agreement between Washington and Moscow) go back several years. However, 2014 was a turning point as the U.S. State Department officially stated that the Russian Federation was in violation of its treaty obligations. 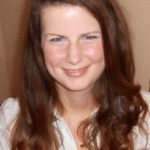 In her presentation, Ms. Péczeli argued that taking into account the range of the prohibited weapons systems, the INF is specifically important with regards to the European security architecture, and sinking the agreement would have a devastating effect on the security of NATO allies and on the entire arms control regime as well. Her presentation received very positive feedbacks and the discussant, who had a background in the Air Force, gave some very specific recommendations on which aspects of the paper should be highlighted more. The panel chair and the audience also had a general agreement about the importance of the issue and about the validity of her arguments.

The conference was a great opportunity to widen my network in the academic community – to meet experts whom I have already known, and also to get in touch with scholars I have not had the opportunity to meet before. I have been working on this specific problem for more than a year now, and I have teamed up with a German scholar from the Carnegie Endowment of International Peace to write a longer analysis of the INF crisis. Thanks to the ISAC conference, I managed to get in touch with the editor in chief of the Strategic Studies Quarterly, and we will publish our paper in the first issue of the journal in 2017.
Anna Péczeli

← Prev: Hungarian Scholars at the Federalist Society's Annual Meeting Next: Hungarian Rebellion and Revival in the Arts at the Boca Raton Museum →