Together with the Center for European Policy Analysis (CEPA), HIF is proud to announce the official launch of the Andrássy National Security Fellowship in Washington, DC with the arrival of the first Hungarian research scholar in the program, Dr. Zoltán Turai from Budapest. 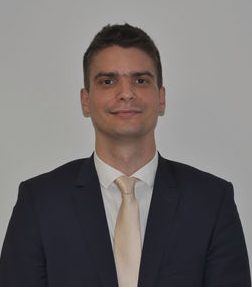 Dr. Turai was chosen from a highly competitive pool of applicants. He comes to CEPA with four years of professional experience at the Hungarian Ministry of Defense where he worked as a defense policy analyst on Russia, the post-Soviet space and cybersecurity issues. His professional interests include information warfare, the development of conventional warfare capabilities, the role of intelligence in political decision-making and the future of transatlantic relations. He holds a law degree from the Faculty of Law and Political Sciences of the University of Szeged where he is currently pursuing a doctorate degree.

My highest professional aspiration is to become a senior leader in the Hungarian foreign and security policy community and advise Hungarian political leaders on strategically important issues. I’d like to help Hungary to build robust national defense capabilities, commit to the idea of a strong Europe and be an important actor in strengthening the transatlantic bond which must be ready and able to respond to the security challenges of the 21st century.

CEPA’s Andrássy National Security Fellowship, starting in June 2017, is a fully-funded six-month program aimed at developing Hungarian expertise on the United States and building long-term ties with the U.S. policy community through hands-on experience and analytical training in transatlantic policy issues. CEPA is a non-profit policy institute dedicated to the study of Central and Eastern Europe with offices in Washington and Warsaw. Its mission is to promote an economically vibrant, strategically secure and politically free Central and Eastern Europe with close and enduring ties to the United States.

During their time in Washington, Andrássy National Security Fellows are paired with a specific CEPA program – Strategy and Statecraft, StratCom, Defense, Energy Security – that matches their main interests. Each Fellow works with a designated CEPA scholar, conducts independent research, participates in outreach to the U.S. policy community and produces high-quality policy analysis. The Andrássy Fellowship will feature an expert roundtable event hosted by CEPA and the publication of an analytical paper showcasing the Fellows’ work.

The Fellowship was conceived in the spirit and legacy of Hungarian statesman Gyula Andrássy, who served as Prime Minister of Hungary (1867–1871) and Foreign Minister of Austria-Hungary. Alongside Bismarck, he was an architect of European order.

Andrássy was a strategic thinker and a master of Realpolitik, always ready for wise compromises. His love for Hungary did not exclude the wisdom of forming favorable alliances and containing aggressors, thus maintaining the balance of power in Europe. In today’s unpredictable world any European politician should study Andrássy’s political heritage in order to uphold the strategic stability in our continent. – Zoltán Turai