The Hungarian Congress, organized by the Hungarian Association in Cleveland provides a forum for the discussion of issues impacting Hungarian Americans and offers educational, literary, scientific, artistic and informative lectures, films and seminars by members of the Hungarian community. Read a recap by Cleveland-based Bocskai Radio here.

Mr. Turai gave a presentation on cybersecurity and information operations, which are among the most pressing security challenges of our time. After familiarizing the audience with the basic concepts of the topic, he clarified how Russia views information and cyber operations and how it is different from the American approach.

After giving a detailed explanation of how Moscow has tried to influence the US presidential elections in 2016 with cyber and disinformation operations, he reviewed how Russia could use weaknesses in Hungary’s information environment. After concluding his presentation, Mr. Turai answered questions from the audience.

The invitation from the Hungarian Association in Cleveland was a real honor for me. Hungarian-Americans were especially interested in the Snowden leaks, but I also received questions regarding Russia’s role in Central Europe. – Zoltán Turai 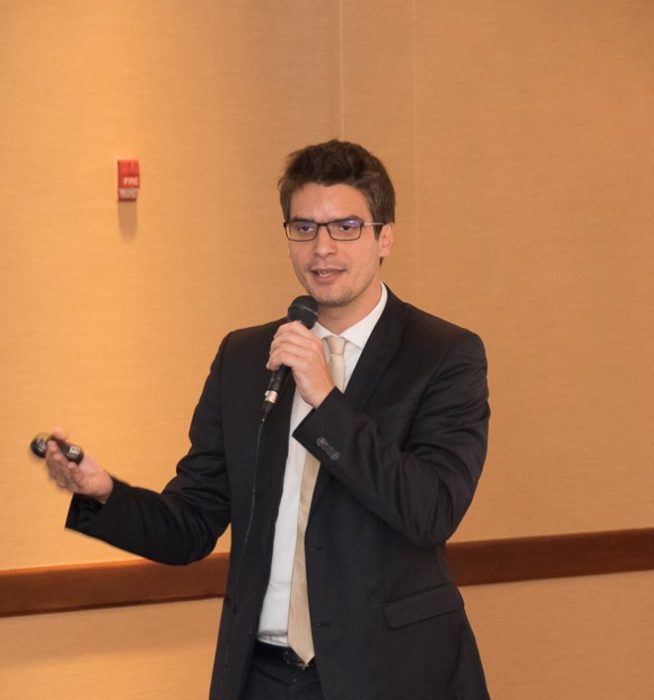 Dr. Zoltan Turai is currently the 2017 Andrássy National Security Fellow working at the Center for European Policy Analysis in Washington D.C. He has four years of professional experience at the Hungarian Ministry of Defense where he worked as a defense policy analyst on Russia, the post-Soviet space and cybersecurity issues. His professional interests include information warfare, the development of conventional warfare capabilities, the role of intelligence in political decision-making and the future of transatlantic relations. He holds a law degree from the Faculty of Law and Political Sciences of the University of Szeged where he is currently pursuing a doctorate degree.

I truly hope my presentation was useful in understanding that protecting computer networks and important information at the national level is a crucial task today, but securing our personal data is also very important. – Zoltán Turai