New Website Celebrates the Success of 56er Hungarians in America

As part of the 60th Anniversary commemorations, Tibor Farkas and Dr. Gyorgy Osapay, Secretary of the Los Angeles Chapter of the Freedomfighters Association joined forces with Miklos Perehazy, President of United Magyar House in Los Angeles and Mr. Zsolt Molnar of Brecksville, Ohio, a software expert and website builder to create an online database containing information on 1956 refugees who ended up in the United States. www.56erhungariansinamerica.org is a digital tribute to the 56er generation.

The exemplary accomplishments of 1956ers in the US clearly demonstrate that America benefited in great measure by welcoming Hungarians. A few examples of Nobel Price Laurates, such as Dr. George Olah (Chemistry), Dr. John Harsanyi (Economics), giants of industry such as Andrew Grove of Intel (Founder), Dr. Antal Bejczy JPL (founder of robotics), Prof. Mihaly Csikszentmihalyi (creator of the Flow in Psychology), Vilmos Zsigmond,  Eva Szorenyi (Internationally famous Actress in film and on stage), and others. For a small group of about thirty five thousand new refugees, the list is more than just impressive.

Thousands of the Hungarian refugees became professors, medical researchers and doctors, nurses, scientists and engineers, businessmen, financial wizards and investors, small businessmen, technicians, mechanics, etc. The list goes on. These people will proudly confess that they were self-starters, trying very hard to achieve success without undue, if any, dependence on government aid, they became steadfast citizens, proud of their US citizenship, some of the already fought in Vietnam before they obtained their citizenship. They were American pioneers in the truest sense.

In modern days, books are being replaced by the computer and the internet. Reaching Americans or Hungarians, young and old, nationally or internationally, requires online tools to become successful. Keeping up with technology, The United Hungarian House created a website to collect a list of 56ers who are known to have succeeded, and also supplementing that list by voluntary signups, who think of themselves as significant contributors to the well being of the US. – Miklos Perehazy, President of the United Hungarian House

A special poster exhibit also accompanied the website’s creation which was displayed at public events, universities, civic centers and so on. Read a featured article in Orange County Register based on personal stories of the Revolution compiled as part of the project.

Times and Places of Special Exhibits 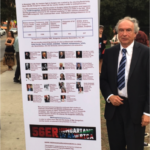 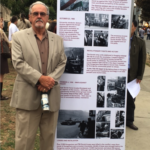 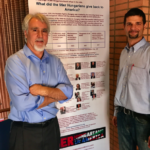