The return of the Holy Crown

The US returned the Crown of St. Stephen to Hungary 36 years ago

On January 5-7, 1978, Secretary of State Cyrus Vance visited Hungary with the purpose of returning the Holy Crown of St. Stephen, which had been in custody since 1945. The distinguished delegation led by the Secretary of State also included Senator Adlai Stevenson, Congressman Lee Hamilton, and Nobel Prize Winner Dr. Albert Szent-Györgyi. On January 6, Cyrus Vance handed over the Holy Crown to Antal Apró, who served as Speaker of the National Assembly of Hungary at that time. Since then, we celebrate the return of the crowning jewel on this day. 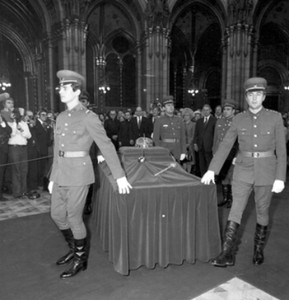 The decision was made by President Jimmy Carter. He said, the Crown belonged to the Hungarian people. Although the return was a great opportunity to improve U.S.-Hungarian relations, it was not easy to make this decision. Many people were against the idea, for example, Hungarian Americans felt that an important national symbol should not be returned to a Communist government.

This action clearly had a good influence on the two countries relations. In March 1978, an agreement was made in order to provide for the normalizations of trade relations between the United States and Hungary. In the following years, several bilateral agreements were made in many other fields like science, culture and education.

The story of the Holy Crown of St. Stephen 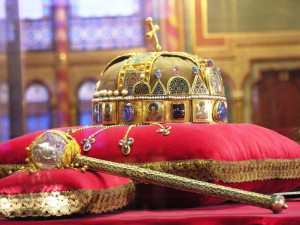 The Holy Crown of Saint Stephen was the coronation crown used by the Kingdom of Hungary for most of its existence. St. Stephen had requested it from the Pope.During the history, the Holy Crown having been stolen, hidden, lost, recovered, and taken abroad many times. Just before the end of the World War II, the crown jewels were recovered in Mattsee, Austria, on 4 May 1945 by the U.S. 86th Infantry Division. During the Cold War the crown was mostly held at the United States Bullion Depository.

← Prev: Website Grant: the decision has been made Next: Event recommendations for January →