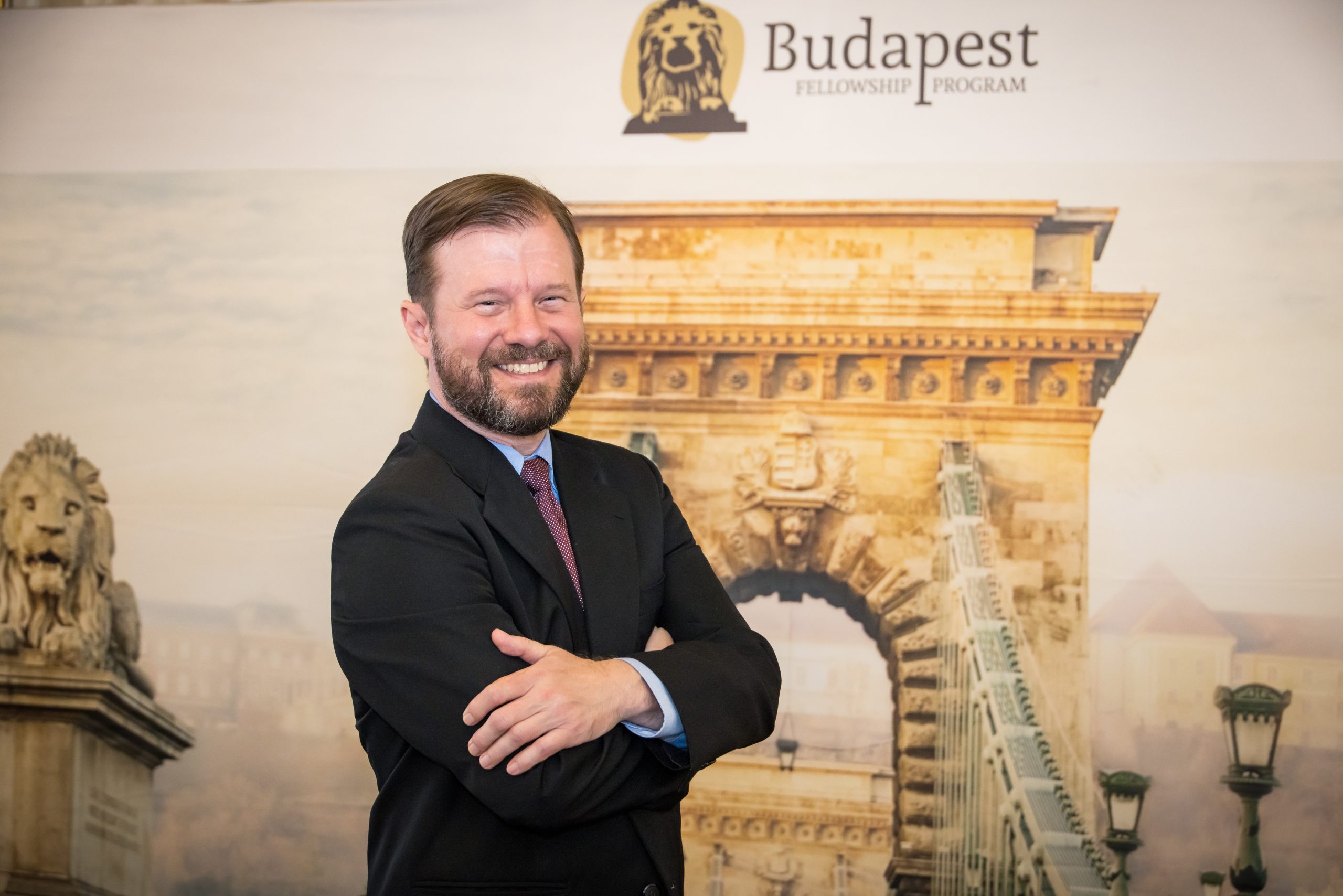 Tom grew up in Birmingham, Alabama, where he was conscious of policy and governance issues from a high school economics course. After high school, he deepened his understanding of these issues while pursuing his undergraduate degree in Political Economy at Hillsdale College in Michigan. His first experience in Europe was on a Hillsdale study trip, which looked at the devastating impacts of World War I & II. From Hillsdale, Tom moved to Washington, D.C., where he conducted research in energy, technology, and telecommunications policy at two think tanks there. He also studied law in the evenings at George Mason University, where he met a lifelong friend who hailed from Hungary. They took summer courses at Eötvös Loránd University (ELTE) in Budapest. From Budapest, he traveled around the country and fell in love with the people, cuisine, and culture of Hungary.

After graduating from law school, Tom returned to Birmingham, where he practiced for several years. Life outside the US beckoned, however, and Tom moved to Phnom Penh, Cambodia for a partner position at a mid-sized corporate and commercial firm there. Soon after arriving, Tom was offered an opportunity to co-teach a class in international arbitration at the Royal University of Law & Economics (RULE), where he went on to teach for several years. He enjoyed academia so much that he resigned from his position at the firm after a few years and spent his remaining time in Cambodia managing two dual-degree master’s programs in international law along with continuing to teach. One of the aspects of the Budapest Fellowship Program that was especially appealing to Tom was the opportunity to teach at Mathias Corvinus Collegium (MCC) in addition to his policy work at KKI. 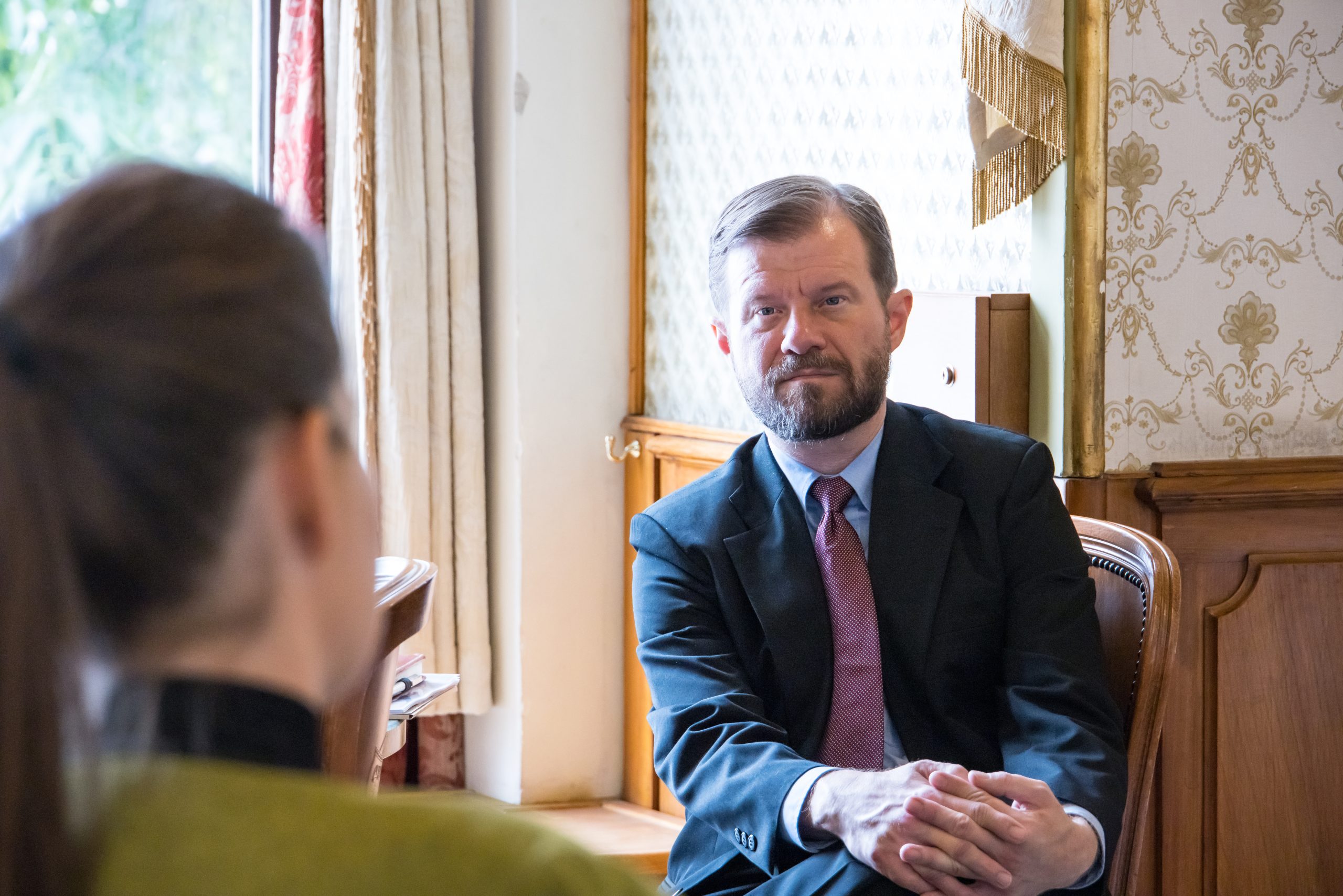 Prior to joining the BFP, Tom spent the last year in Europe studying at the European Masters Programme in Human Rights and Democratisation (EMA). From this program, he gained an understanding of the European legal and political system at the EU and Council of Europe levels with regard to human rights, but also a familiarity with other aspects of these systems and their interplay with national governments. With the outbreak of Russia’s war in Ukraine earlier this year, Tom shared the widespread concerns about the devastating impacts that the war continues to have on the people trying to survive in Ukraine. However, he also began to think of the negative effects throughout Central & Eastern Europe (CEE), especially Hungary, which relies heavily on Russia for energy. The fellowship seemed like and is proving to be an excellent opportunity to explore energy policy in the region and conduct research into options for Hungarian energy security.

“I’m excited to learn more about energy policy in the CEE region by researching potential solutions for the current energy crisis, especially looking at energy security and diversity for Hungary in light of existing international relations. I’m also thrilled to be back in Hungary with a chance to really delve into the culture and develop personal relationships to gain a better understanding of this amazing place and its people.” – Tom Pearson

After the fellowship, Tom plans to continue his academic career by pursuing a Ph.D. in a European program where he plans to study cross-cultural governance. Like all of the Budapest Fellowship Program participants, Tom is working with a trusted mentor, Márton Schőberl, the Director of Külügyi és Külgazdasági Intézet (KKI – Institute of Foreign Affairs and Trade). Tom’s host institution for the duration of his Fellowship is KKI, with the research topic, ⁠Hungarian energy policy, and international relations.