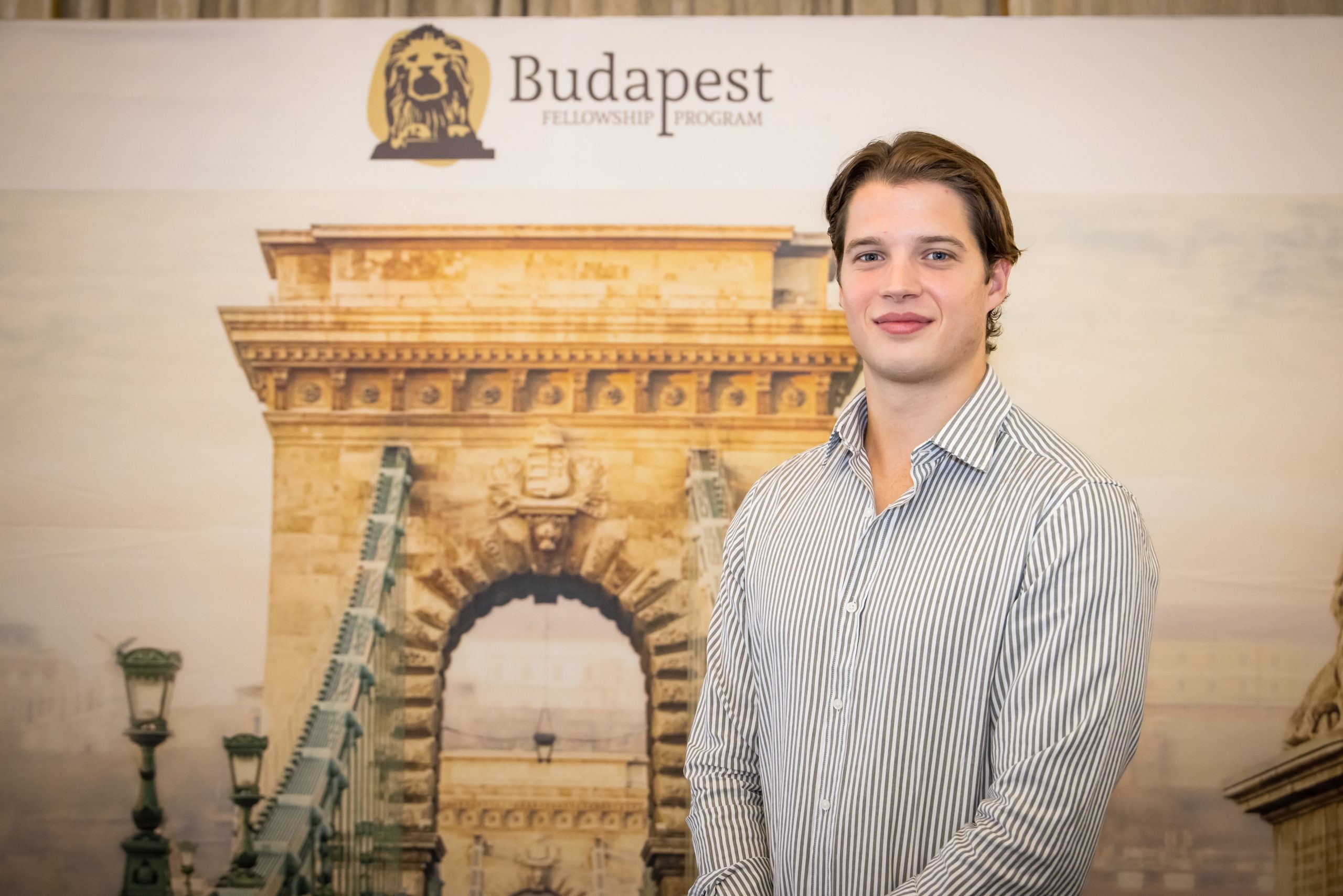 In September 2022, the Hungary Foundation together with Mathias Corvinus Collegium (Budapest, Hungary) began another year of the Budapest Fellowship Program, a full-time, fully funded transatlantic fellowship opportunity in Budapest, Hungary, for young American scholars and professionals. Among the scholars selected was Bence X. Szechenyi, a twenty-four-year-old Hungarian American based in Brooklyn, New York. While in Budapest he will be hosted by the Migration Research Institute and will conduct research on migrant integration into the EU, and the Central European region specifically. His research mentors will be Viktor Marsai and Nikolett Pénzváltó. 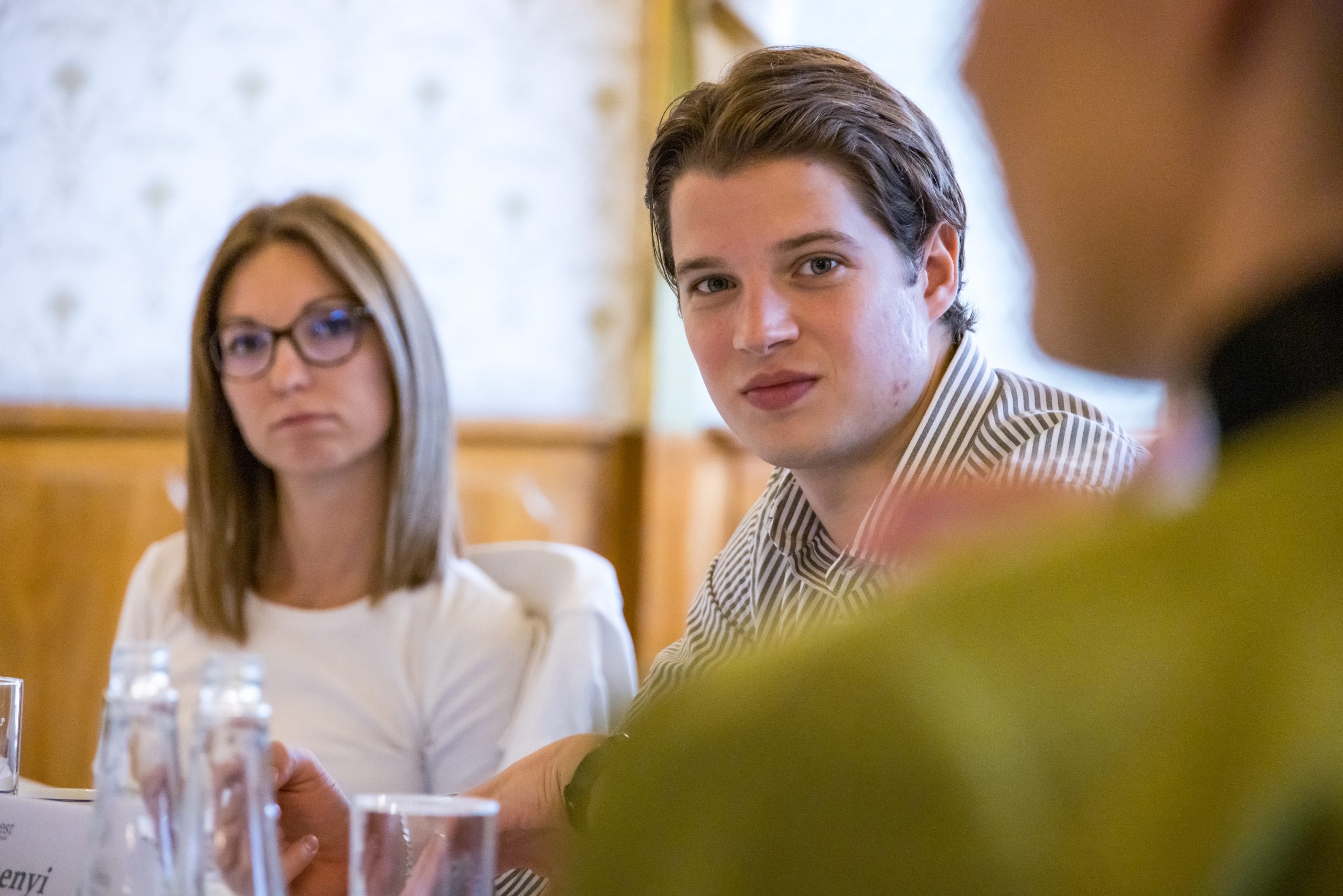 All four of Bence’s grandparents were Hungarians who immigrated to the United States during the turmoil caused by World War II. His parents, first-generation Hungarian Americans, moved from the United States to Hungary in 1989 and 1997 respectively. Bence was born in Budapest but moved to the United States when he was only one month old. His family’s story of back-and-forth migration led to a lifelong interest in immigration and migration. He has been particularly fascinated by questions of cultural belonging, always wondering what it means to be “from” a place. Bence has frequently found inspiration in immigration narratives, the bravery it takes to leave one’s home behind and the strength required to build a life in a new country that is so often indifferent to an immigrant’s arrival.

Bence did his undergraduate studies in English Literature at Bates College in Lewiston, Maine. As a part of his course of study, he wrote a thesis entitled “Cosmopolitan Americanisms: Post-9/11 Transnational Immigrant Narratives” for which he earned an honors distinction from the English Department.

After graduating from Bates in 2020, Bence began working as an associate at Sloane & Co., a strategic communications firm in New York City. He worked on the special situations team, helping to compose communications for companies facing unusual circumstances such as a proxy fight, scandal, acquisition, or bankruptcy.

In 2021 Bence left Sloane and accepted a Fulbright fellowship in Budapest. On his Fulbright, Bence contended with his familial and personal story of immigration, which included researching his family history and working on several personal writing projects.

After an introspective year in Budapest, Bence was motivated to extend his time in Hungary to begin working on issues of international significance. He applied to the Budapest Fellowship to research the policy and practice surrounding the integration of migrants and refugees into European society. Cultural belonging is a theoretical area he has long been concerned with and after wrestling with his own cultural identity he became determined to understand the ways governments and NGOs attempt to make migrants and refugees feel at home on a mass scale.

Bence works under the assumption that mass migration will be one of the defining issues for Europe to contend with in the twenty-first century and aims to gain an understanding of what leads to the success of migrants in European, and especially Central European societies.

“I think this program is important because in order to have comprehensive international relations, you need to have young people who are well-versed in a country. So by having us here for this Fellowship, we will be creating a group of scholars who have on-the-ground experience in Hungary to facilitate good relations with the United States.” – Bence Szechenyi