“Live, learn, and intern.” These three main attributes of the summer program of The Fund for American Studies (TFAS) guide Bálint Varga, Széll Kálmán Public Policy Fellow, during his time in Washington DC, where he will be interning for the International Technology and Trade Associates while taking courses at George Mason University.

Bálint Varga at the U.S. Capitol

Bálint Varga is a senior at Corvinus University Budapest, majoring in finance. Besides his studies, he worked at Morgan Stanley Budapest in the Treasury Capital Management team as an intern. He also attends the István Széchenyi College for Advanced Studies where he has specialized in financial economics.

Bálint’s first impressions of Washington DC are very positive, he finds the US capital an incredibly competitive and pulsating city.

“Prior to arriving to DC, I thought that politics and economics were the sole players in the capital of the free world. However, after spending my first few days here, I have discovered that culture, art, and social life are also an integral parts of the city.”

Bálint’s admiration of the American young professionals’ and university professors’ way of thinking and work-morale can finally be fulfilled since as part of TFAS’ Summer Program, he is taking two courses at George Mason University with the aim of generating knowledge on the methods and perspectives of the American higher education.

“Through this program, I am able to participate in various lectures, courses, and conferences, so we can meet with the professors and professionals and have numerous discussions on several topics regarding economics, politics or ideas”

The third pillar of Bálint’s TFAS program here in Washington is the internship component. He is hosted  by International Technology and Trade Associates (ITTA). The group’s purpose is to facilitate high technology trade and investment for their clients around the world. This summer the focus is on the Middle East and North Africa with the emphasis on Russian and Chinese energy investments and related policies.

“It has only been two weeks since I have started working with ITTA, but I already feel that I have been able to gain a deeper understanding of the energy market and of the different incentives behind the policy making process.” 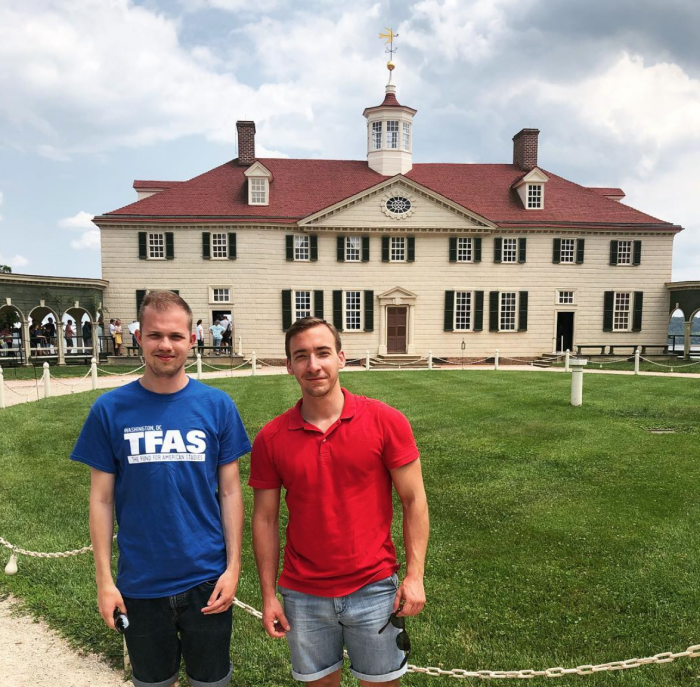 The Széll Kálmán Public Policy Fellowship is a full scholarship provided by HIF for students from Hungary to participate in The Fund for American Studies’ all-inclusive summer programs in Washington DC focusing on economics and public policy. Bálint is one of four Hungarian students benefiting from the program this summer:

“For the summer, I have set four goals to achieve: professional improvement, knowledge expansion, networking, and experiencing what DC can offer to me.”

The two month summer program includes an internship placement in Washington DC, academic credit from George Mason University, housing in the heart of DC on George Washington University’s campus, a variety of guest lectures and briefings, as well as opportunities for professional development and networking. The scholarship runs from June 2 to July 27, 2018 and covers full tuition and a living stipend for the duration of the program.