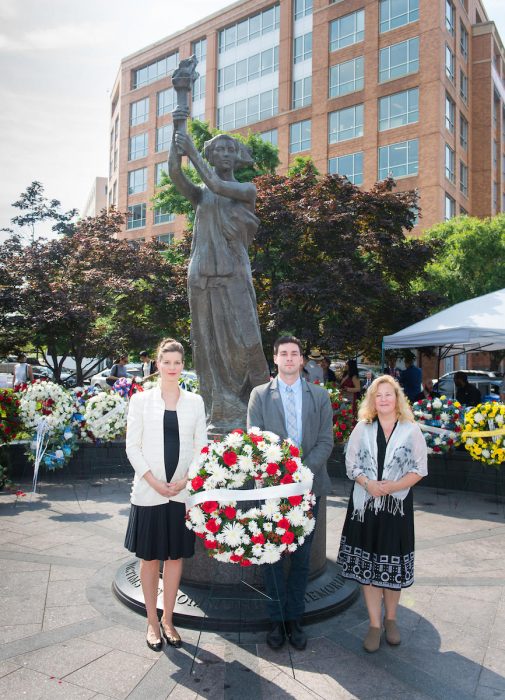 In his opening remarks of the ceremony, Marion Smith, Executive Director of VOC, noted that

“the real legacy of Marxism is this ceremony. It is the dozens of countries represented here by those who will lay wreaths to commemorate the lives of those killed in some 40 communist countries since 1917.”

This year’s Truman-Reagan Medal of Freedom was awarded posthumously to Oswaldo Payá, founder of the Movimiento Cristiano Liberación (MCL), recipient of the European Parliament’s 2002 Sakharov Prize for Freedom of Thought, and five times Nobel Peace Prize nominee, devoted his life to peaceful opposition to the authoritarian rule of the Communist Party of Cuba and advocacy for pluralistic liberal democracy.

VOC awards its Truman-Reagan Medal of Freedom to those individuals and institutions, who have demonstrated a lifelong commitment to freedom and democracy and opposition to communism and all other forms of tyranny.

The Hungarian American Coalition, the American Hungarian Federation and the Embassy of Hungary all laid wreaths, along with HIF to commemorate the Hungarian victims of communism.