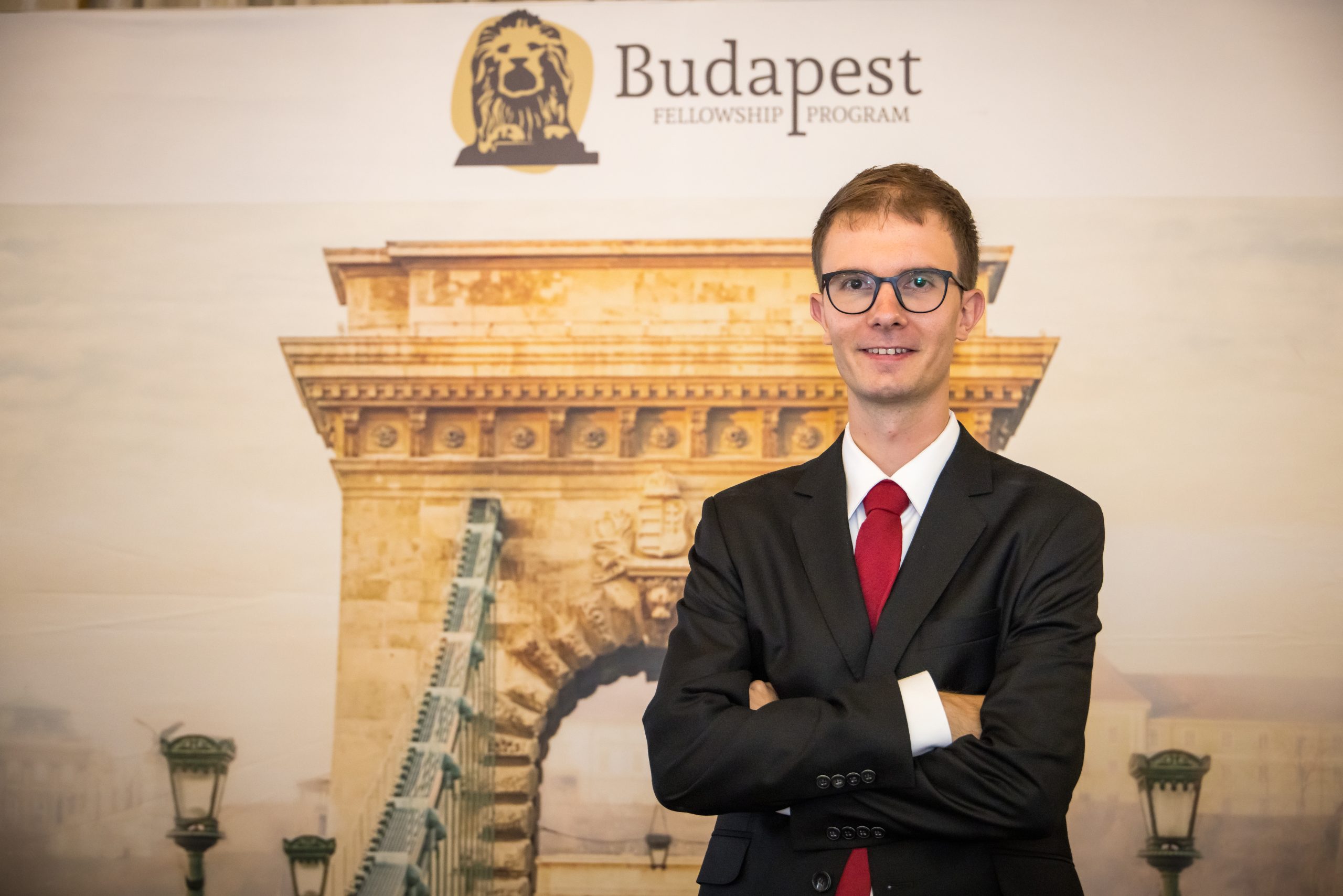 Luke Larson’s Hungarian experience began in 2020 in the small northeastern town of Kisvárda. Though perhaps not a typical destination for an American, it was just what he was looking for: a place to be immersed in a new culture and language. He spent two school years there as an English teacher at Szent László Catholic School. During his time there, he made Hungarian friends, traveled throughout the country, made progress in learning Hungarian, and developed an understanding of the country’s culture and history. Though he misses Kisvárda, he looks forward to a year in beautiful, vibrant Budapest.

Luke’s interest in the fellowship began this past spring when he wrote an article for the National Catholic Register about American Catholic intellectual interest in Hungarian politics. He found it exhilarating to speak with experts and share what he’d learned with an American audience. Luke sees it as an opportunity to continue immersing himself in Hungarian culture in an exciting new environment and to continue developing his Hungarian language skills.

Having grown to love Hungary more and more during my time here, I sense that this adopted second home will always play some role in my life. For me, the fellowship represents the chance to delve into my interests in politics, religion, culture, and history. I am excited by the wealth of Hungary-related topics to report on and the curiosity that exists surrounding those topics in the US today. I see Hungary as a dynamic place in the world to be at this moment in history. I aim to paint a clearer picture of Hungary for outsiders and to highlight the good that I believe is happening here. – Luke Larson 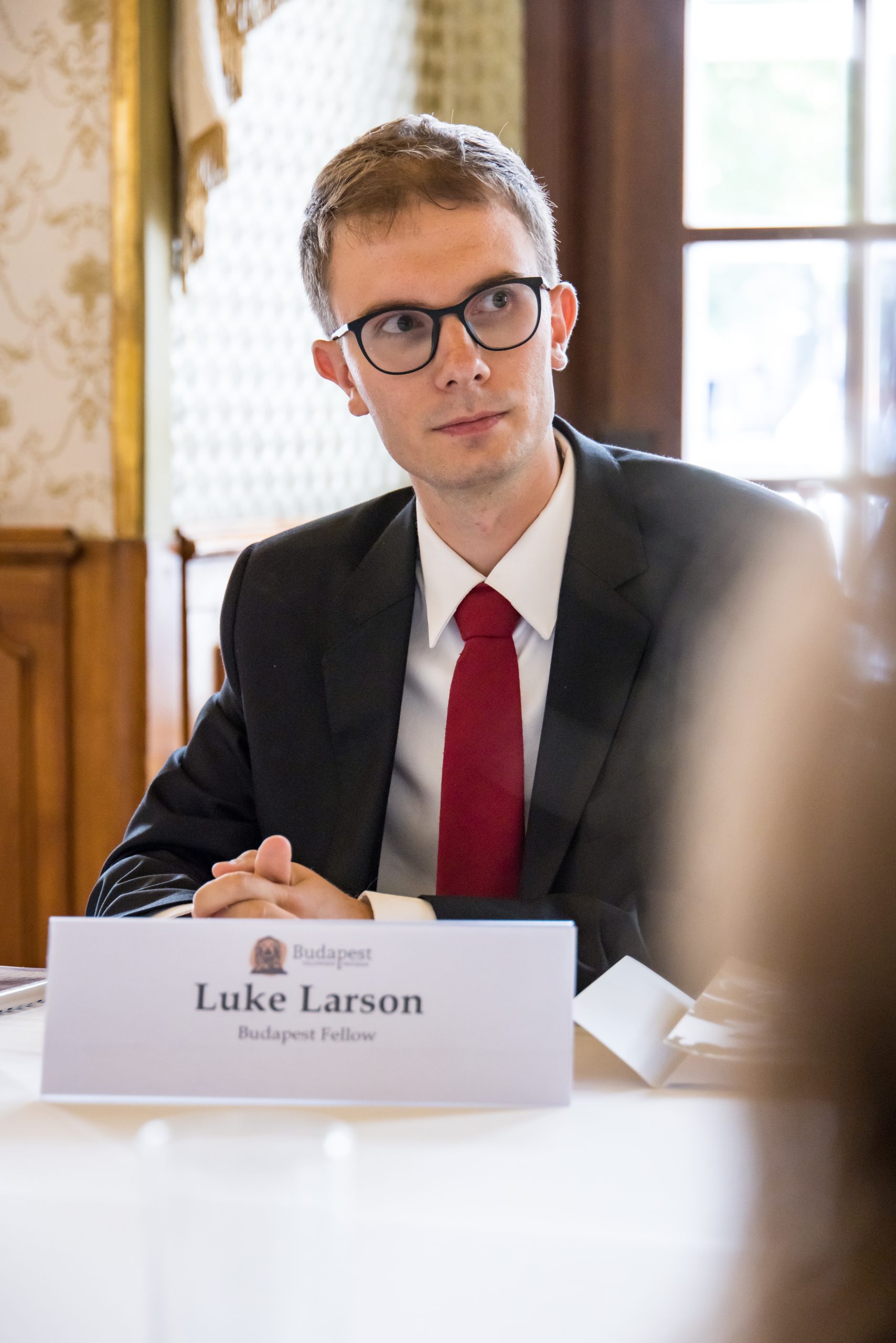 An interest in world cultures has been a theme throughout his life. He grew up in Saint Paul, Minnesota, a city rich with immigrant history that continues to be shaped by an array of cultures today. From a young age, his parents kindled an interest in learning about the world through trips through the US, Europe, and Latin America. At Minnesota State University – Mankato, he graduated with degrees in international relations, geography, and Spanish. He was active in the campus international community and spent a semester studying in Cuenca, Ecuador.

His love of learning and sharing knowledge with others led him to work in journalism and teaching. In college, he wrote for the campus newspaper, hosted a weekly radio show, and managed a team of student reporters for radio news broadcasts. For several summers, he worked as a tour guide and living history actor in the historic Wild West town of Medora, North Dakota outside of Theodore Roosevelt National Park. Back in the Twin Cities, he volunteered to teach ESL and Catholic religion classes.

His Catholic faith is an important guiding force in his life. After college, he spent two years as a seminarian studying at the University of Saint Thomas and discerning a potential call to the Catholic priesthood. It’s an experience for which he is very grateful.

The formation in philosophy and theology that I received at Saint Thomas, gave me a lens that developed my understanding of society, politics, and history. For me, it is exciting to be working in a country that treasures its Christian values and heritage. – Luke Larson

He looks forward to writing on a variety of topics this year from the spheres of politics, culture, religion, and history. One area of special interest for him is the Hungarian population living outside the current borders of Hungary, detached from their homeland by the 1920 Treaty of Trianon. During the last two years, he has made trips to cities throughout the Carpathian Basin where Hungarian culture has persisted, from Kassa, Slovakia to Csíkszereda, Romania and he has long been fascinated by the stories of cultural, ethnic, and linguistic minorities. He is eager to dive into the issues surrounding this unique piece of the Hungarian story with the Research Institute for Hungarian Communities Abroad.