Márta Korom is currently studying at the Teachers College at Columbia University in New York. She is a recipient of HIF’s Graduate Scholarship, which alleviates her above-average tuition and living costs in New York City and helps her to grow into the socially conscious and impact-driven scientist she always wanted to be. 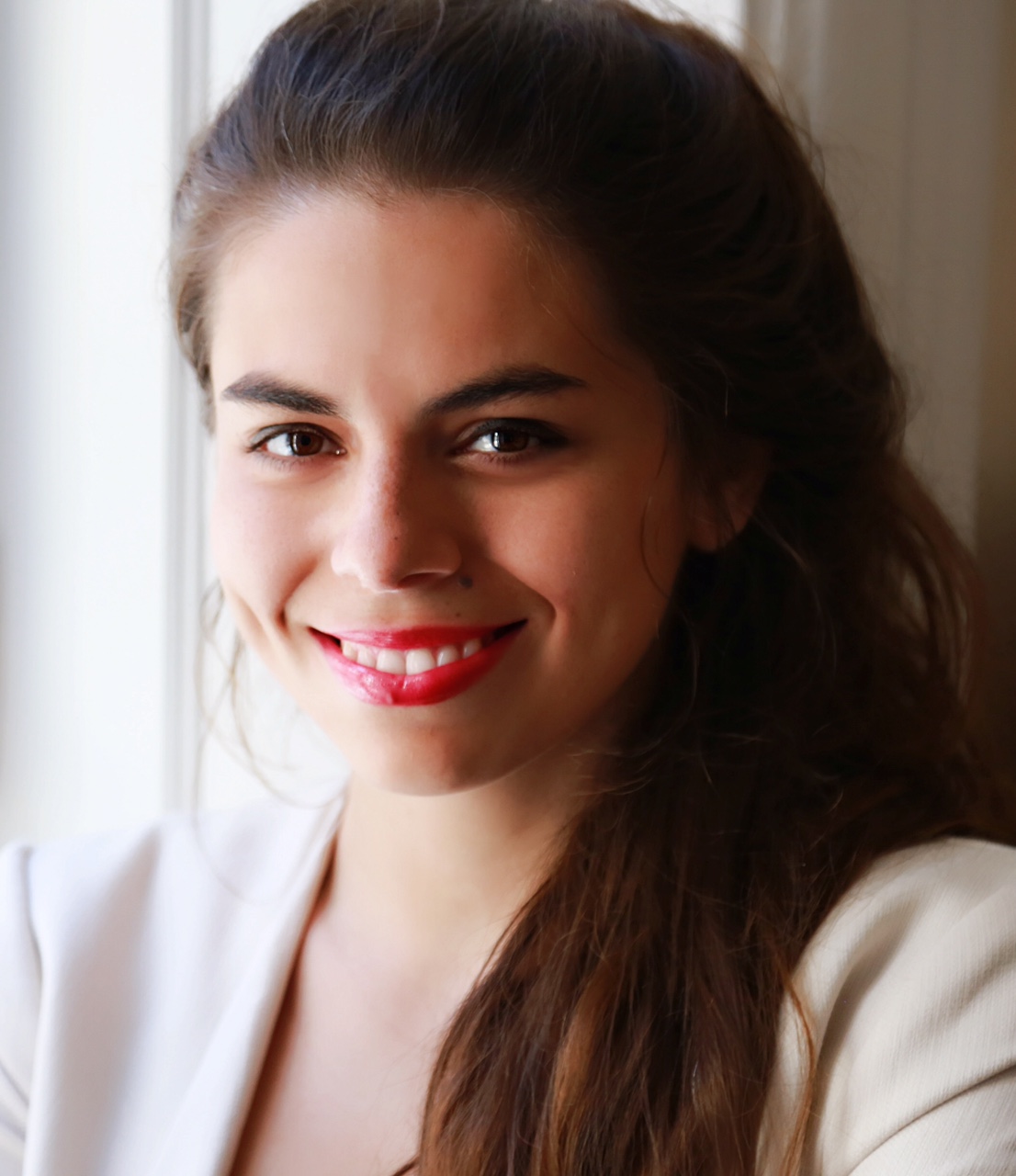 As a second-year clinical psychology master’s student at Teachers College, Columbia University, Márta excels in a challenging academic environment. During the past year and a half, she developed a straight-A academic record and has been actively involved in multiple research labs where she developed high-quality research studies, including a study that aims to strengthen the scientific discourse between Hungary and the United States.

In addition, over the winter she landed a fieldwork/researcher position at the United Nations, where she will be working during the course of the spring and summer semesters.

Márta’s personal and academic journey from a small, war-torn village in the Hungarian part of Serbia to a prestigious university was not without strain and hard work. Her early years of education were tainted by the wars in Yugoslavia and nothing in her home environment suggested that she would one day study in New York City.

I remember sitting by candlelight in the basement of our home doing my math homework and listening to the screaming noise of warplanes above. My mom appeared from the shadows to remind me of my chores for the next day, and I heard the fear in her voice, in spite of her effort to suppress it. From these episodes I learned that extreme adversity could invoke a lifelong struggle, or, conversely, highlight strengths that would not have shown themselves otherwise.

Márta developed a keen sensitivity to both the positive and negative reactions that alter individuals who encounter early life stressors, which consequently lead her to choose clinical psychology as her vocation.

Later on, as part of her master’s thesis, she revisited Vojvodina as a researcher to gain an insight into the psychological damages of the 1999 war on local Hungarian veterans. Her research was the first study ever to map the psychological landscape of Hungarian war victims who received no mental health support since those cataclysmic events in the region. The manuscript of the study has been accepted for publication in the Graduate Student Journal of Psychology at Teachers College, Columbia University.

When she applied to the Psychology in Education master’s program at Teachers College, the admissions offer was an unprecedented reassurance of her skills and knowledge. Overwhelmed with all the opportunities, she joined two research labs in the first week of her studies in order to learn as much as possible from renowned researchers. She conducted research on emotion-regulation deficiencies in cases of complicated grief and is developing a line of experimental research that looks at how anxiety interferes with deliberate decision-making processes and risk-taking behavior among young adults. In the meantime, she also joined the Developmental Affective Neuroscience Lab, led by Dr. Nim Tottenham, where she researches how early life adversities, such as traumas or institutionalization, influence the structural development of the brain. By doing so, she hopes to broaden the scientific understanding of the protective factors that promote resilience (e.g. social environment, maternal care), which knowledge will allow us to create more effective interventions for children and adolescents.

Under the supervision of Dr. Randall Richardson-Vejlgaard she also developed a study that introduces the Rorschach Performance Assessment System (R-PAS) in Hungary.

One the one hand, I hope to strengthen the scientific discourse between Hungary and the US. On the other hand, I wish to introduce a language-independent interpretational framework for the Rorschach test that is less complex and more reliable than the one being used in Hungary today.

Up until now, 16 psychology graduate students and psychologists have joined her team of researchers in Hungary who are completing their training in the R-PAS and will start gathering data nationwide soon. In the meantime, she also reached out to prominent scientists in Hungary, who were excited to collaborate on this project and bring the R-PAS to the foreground of Rorschach research and clinical work in Hungary.

I consider my work on facilitating the scientific communication between Hungary and the U.S. an important duty and privilege. I strongly believe, that one of the main goals of scientific research should be the building of bridges between countries by opening the doors for bilateral collaborations in order to increase the validity and reliability of study findings and to spread the gained knowledge worldwide.

In addition to her academic work, Márta decided to get involved in the discussion about mental health issues on the global stage by completing a semester of applied fieldwork at the United Nations led by Dr. Judy Kuriansky. This fieldwork allows her to attend multiple events at the UN Headquarters, including the FiftyFifth Session of the Commission for Social Development (CSocD55), and report on the UN’s agenda. She also got to work on her own project, for which she decided to conduct research on ways in which the Serbian Government is currently working to promote mental wellness and social integration for youth and minorities, including policies and programs in the post-war settings and how the intersection of poverty and mental health is addressed in the country.

I am confident that these experiences will allow me to deepen my understanding of how I, as a socially conscious student and future psychologist can help promote change in my ethnic Hungarian community in Vojvodina.

In addition to her academic endeavors, she is also taking her share of working for the betterment of the Teachers College community. The program coordinator of the clinical graduate program, Dr. Randall Richardson-Vejlgaard, appointed Márta as “Ambassador of the Research Methods Concentration”, which is a honorary distinction at Teachers College for outstanding research and academic work. By accepting this role, Márta will be responsible for organizing research-related programs that motivates the student body’s involvement in critical thinking, research involvement both as participants and future researchers, as well as student research conferences and the Annual Research Methods Symposium for the Columbia community.

The generous academic scholarship provided by the Hungary Foundation proved invaluable in offsetting a considerable proportion of my expenses. In practice, this scholarship helped me in my daily struggles to cope with the expenses incurred during an expensive graduate program situated on a campus of a pricey city. I am looking at my studies at Columbia as an investment. I am humbled by the support that I received from you.