The Life of Sándor Márai

Tribute to the memory of the great Hungarian writer.

This short article would like to pay tribute to the memory of Sándor Márai, who was one of the greatest Hungarian writers, and who had to live most of his life far away from his home country.

About Márai’s life in nutshell

Márai was born in Kassa (the city was in Hungary at that time) in 1900. At a young age, he started to travel around Europe, he lived in Frankfurt, Berlin, and Paris. He almost decided to write in German, but he changed his mind and kept writing in Hungarian. He hated the Communist regime in Hungary, so he left for Italy in 1948 and then he moved to the United Sates.

Emigration to the United States 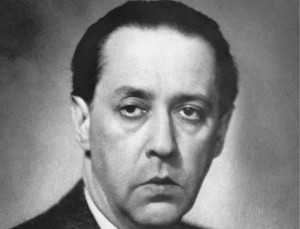 Márai couldn’t find home in America. He felt homesick and missed his European roots. He writes in his diary: „Mi az, amit nem bírok Amerikában? Nincs más válasz, csak ez: a lélektelenség.(…) Új hazát nem lehet keresni. Csak pénzt lehet keresni, s a pénz birtokában tartózkodási helyet” (”What is that I don’t like about America? There is no other answer, just this: spiritless (…). You cannot find a new homeland, you just can earn money, and turn money into a place of residence.”)

In 1956, he followed the Hungarian Revolution very closely. He believed so much in the victory of the Revolution that he moved to Europe in November 6. By the time he arrived the revolution had no chance. Márai was extremely disappointed in the Western powers for not helping the Hungarian cause. Later, when he went back to New York he sent a poem (titled „Mennyből az Angyal”) to Hungarians trough the Radio Free Europe (Szabad Európa Rádió).
Márai settled down in San Diego, California. He became very isolated after the death of his wife and committed suicide in 1989.

Márai’s works around the world

Márai’s works were not published in English until the 1990’s. The English version of The Memoir of Hungary was published posthumously in 1996. The most popular work of his has become the Embers (Hungarian title:A gyertyák csonkig égnek, meaning “The Candles Burn Down to the Stump”). Márai’s books are not only available in Hungarian and English, but also in French, Polish, Catalan, Italian, English, German, Spanish, Portuguese, and in many other lanugages. Sándor Márai is part of the European literary canon.

← Prev: Kossuth in the Unites States Next: Early Ties →