Over three thousand visitors from Massachusetts to Florida attended the Hungarian Heritage Festival held on Manhattan’s 82nd Street  this past weekend. The event was organized by Hungarian House in New York and targeted the Hungarian-American community as well as non-Hungarians interested in the diversity of Hungarian culture. HIF is proud to have supported this highly successful event. 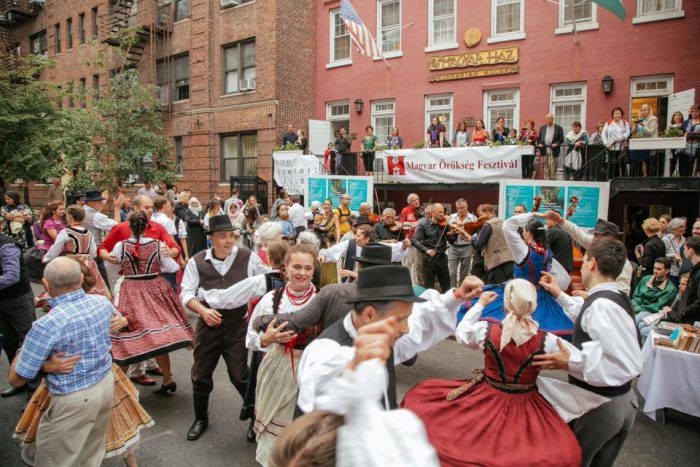 The Hungarian Heritage Festival was held over three days at the Hungarian House of New York. Visitors came from all over the East Coast to participate in cultural workshops and learn more about Hungarian identity and culture. The festival featured a range of events that covered traditional Hungarian arts and crafts, Hungarian music and dance, Hungarian fashion, and Hungarian culinary traditions.

The events were so interactive that no matter their native tongue, everyone enjoyed a deep cultural experience.  Dance, music, and traditional craftsmanship provided this excellent opportunity for visitors. – Ildikó Nagy, Hungarian House

The festival provided a rich environment to dive into Hungarian culture with exhibits featuring everything from traditional Hungarian craftsmanship and Hungaricum (uniquely Hungarian) products. Hungarian craftsmen introduced visitors to the intricate secrets of such worlds as feltmaking, violin making, and egg painting. Workshops gave participants a chance to try their hand at some of these traditions.

In a city where fast food, fast fashion and immediate rewards drive everything, it was immensely gratifying to spend several days with craftsmen and artists who represent just the opposite. People who nurture traditions that were handed down over generations and generations, people who embody genuine love and appreciation for their art and craft. The humility, the commitment, the perseverance and respect for the older generations they represent was truly inspirational. – Anna Smith Lacey, HIF Executive Director

Music and dance also played a central role in the festival as visitors witnessed and learned the basics of Hungary’s musical traditions. Live folk dance performances introduced the táncház and néptánc Hungarian dance traditions to visitors. In addition, the festival ended with an enchanting piano concert featuring selections from the Hungarian composers Franz Liszt and Zoltán Kodály as played by pianist Éva Polgár. 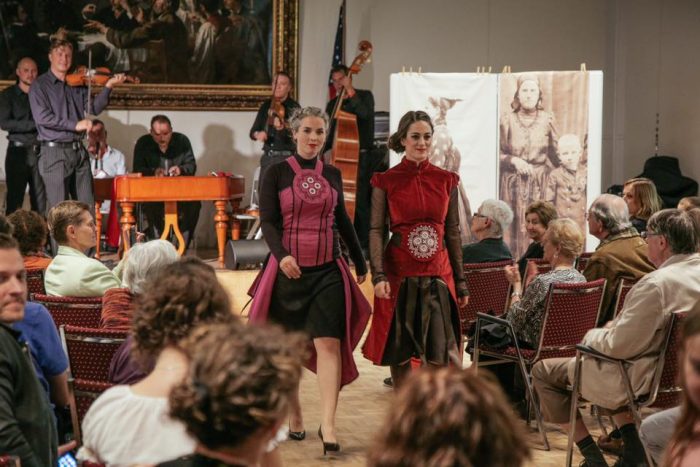 One of the most popular events at the festival was a fashion show featuring selections from designer Melinda Madarász (Meyke). The designer incorporates traditional Hungarian elements into their contemporary designs. The show featured pieces from Meyke’s daily wear and evening wear collection as well.

For us, it is important to hold quality Hungarian events on behalf of the Hungarian community. One of the valuable aims of a cultural festival is not just presenting a little slice of Hungary to those interested, but to present a slice that those of Hungarian heritage can be proud of, whether they be a recent emigré or third generation Hungarian. – Ildikó Nagy, Hungarian House