Tens of thousands of people, including over 3,000 K-12 students visited the New York exhibition of the illustrious Hungarian designer and Holocaust survivor, Judith Leiber at the Museum of Arts and Design. HIF was a proud supporter of this highly popular program, which is now available online.

In early August, the critically-acclaimed Museum of Arts and Design (MAD) closed its extremely intriguing exhibition Judith Leiber: Crafting a New York Story. The exhibition chronicled the superb work of Judith Leiber during her sixty-five year career in the fashion industry. A Holocaust survivor and Hungarian immigrant, Leiber fell in love with a U.S. serviceman and after the war, returned with him to the United States. 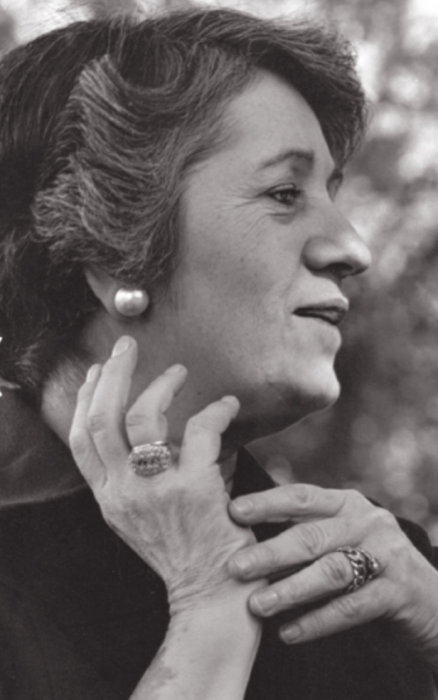 Building upon her exceptional creative talents, Leiber learned the ins and outs of the American handbag industry and founded her own business in 1963. Since that time, Leiber’s brand has become synonymous with high fashion, so much so, that Leiber handbags accessorized First Ladies Mamie Eisenhower, Lady Bird Johnson, Nancy Reagan, Barbara Bush, Hillary Clinton, and Laura Bush at their husbands’ inaugurals.

The museum produced a comprehensive educational package to accompany the exhibition, including didactic wall texts and a wall-length chronology of Leiber’s life. These included sections related to her mold-making process, her use of unusual material, the gendered significance of handbags, and her relationship with the First Ladies of the United States.

This exhibition created a powerful and compelling narrative about how the Hungarian-American immigrant survived the Holocaust to become a successful entrepreneur and fashion icon. – Owen Duffy, MAD

Success of the exhibit was measured by attendance and media coverage. Over 80,000 members of the public visited the exhibit, including over 3,000 K-12 students. The exhibit was the topic of over 50 articles written in outlets such as the Wall Street Journal, the Washington Post, the Art Newspaper, Wallpaper, the Observer, and the New York Post. What’s more, a number of public news stations also covered the exhibit in its entirety.

Along with the media attention, MAD considered the exhibition to be particularly powerful in telling a moving immigrant success story. As the public continues to be hungry for these types of exhibits, MAD has archived the exhibition on its website, complete with photographic documentation and short pieces describing specific pieces from the exhibit. Additionally, MAD is currently looking into the possibility of touring the exhibition in other venues across the country.

The production of the exhibition in and of itself was a total learning experience. We learned that the accomplishments and histories of the Hungarian-American diaspora resonate with large swathes of museum visitors. Perhaps most importantly, the Museum – and the individuals that visited the exhibition – learned a significant amount of new information about Leiber and her work. – MAD

Photo by Jenna Bascom, Courtesy of the Museum of Arts and Design
← Prev: Arizona Astronomy Conference Provides New Inspiration for Hungarian-American Galactic and Extragalactic Research Projects Next: Thousands of Visitors Flock to the Hungarian Heritage Festival in New York  →