A Hungarian at Hillsdale – Interview with Balázs Turcsán

As part of its Liberty Bridge Program, the Hungary Foundation offers a fully-funded scholarship opportunity for young Hungarians to study for two semesters at Hillsdale College. Founded in 1844, Hillsdale College is a selective, top-ranked college located in Hillsdale, Michigan, known for its commitment to the classical liberal arts and for its independence from US government funding. The HF scholarship covers the full tuition and living expenses for the period of one academic year at Hillsdale College for Hungarian students currently enrolled in undergraduate programs in Hungary.

In 2021, Balázs Turcsán won the inaugural scholarship. He’s spending one year at Hillsdale College while attending academic conferences around the US. At the time of this interview, he’s about mid-way through his program. He was delighted to answer a few questions, and give every interested future applicant a peek into life at Hillsdale. 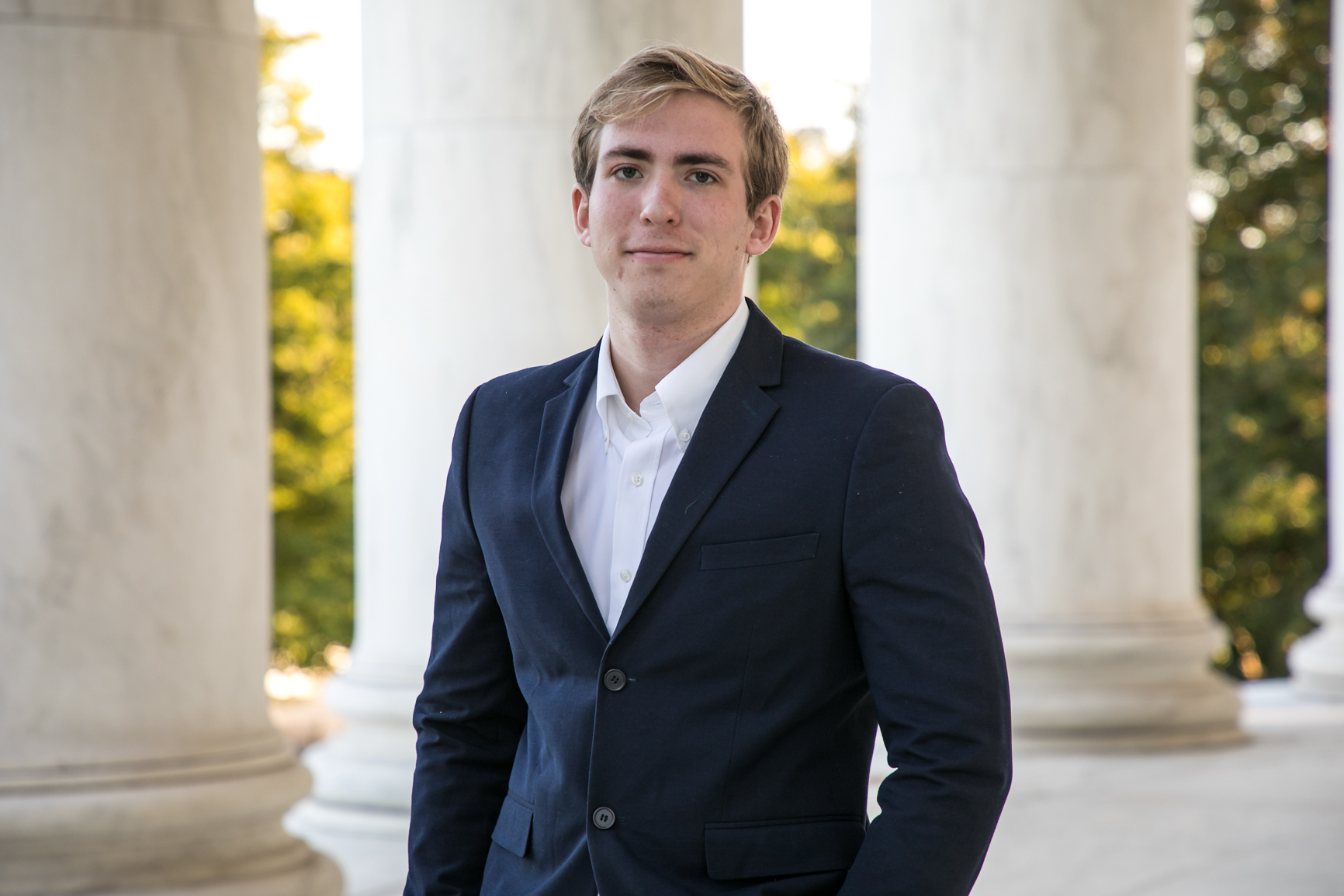 Balázs, why did you apply for this particular scholarship?

It was always my dream to experience education in the United States. With the Hungary Foundation’s scholarship, I was able to achieve this through an application process that focused on my academic accomplishments and career goals without the bureaucratic hindrances that characterize the admission procedures of the American higher education system, in general. The choice of a smaller, community-oriented, Midwestern college, I rightly thought, would give me the opportunity to develop meaningful and long-lasting relationships with my professors and peers. I also expected Hillsdale, being a private college known for its opinionated positions and independence, to challenge me intellectually. Hillsdale College is also famous for its nationally renowned debate team. This was very important to me, as debate culture plays an essential part in my life.

Is the program meeting your expectations?

Hillsdale offers the perfect mix between the authentic rural-pragmatic way of life and the intellectual flare of academia. Heated discussions in the student cafeteria about produce – usually corn – is as much part of everyday interactions as disputes about Aristotle’s metaphysics. A metropolitan setting could not demonstrate so sharply the cultural differences between Americans and Hungarians. I did not expect to be surprised by the attitudes towards relationships, habits, family, rituals, and spirituality of a people I had thought I knew from the media.

As for the community, students and professors in Hillsdale are the friendliest and most hospitable people I have ever met. I never need to worry about where I can spend a particular holiday as people are extremely eager to introduce me to their families, show me their farms, teach me skills, and tell me about their history.
The debate team is phenomenal. As heroic as the last Mohicans of the culture of Hungarian debate are, we still need to do a great deal of catching up to the rich traditions of American debate. The format, the framework, the vocabulary, the infrastructure, and the training are all tremendously well thought out. It is all very challenging and exciting. 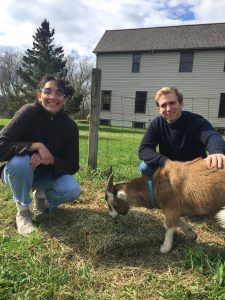 Ann Arbor, friends from Hillsdale accomodating me before my trip to DC to attend the Young Hungarian Leaders Program

What’s your favorite subject at Hillsdale and why?

My favorite subject is U.S. Constitution for its scrupulous exploration of the American political system. Certain concepts that we take for granted when we discuss U.S. politics – like un/constitutionality, federalism, natural rights, etc. – gain historical and intellectual depth after attending this class.
But in fact, all of the classes here are exceptional. I would like to add, though, that however tempting it might be for scholarship recipients to take more department-specific or more advanced classes, it is advisable that they take some classes from the core curriculum as well, since those provide the quintessential Hillsdale experience.

Have you been able to see the rest of the country while on the scholarship?

I have had the chance to visit Washington, DC, and different parts of Florida, thanks to the Hungary Foundation. Besides participating in the fantastic Young Hungarian Leaders Program in DC, I have been a regular attendee at different conferences, always enjoying the generous support of the Hungary Foundation. These events, though initially intimidating in their magnitude, taught me a great deal about American politics.
Besides educational and professional trips, I have managed to make great friends, Hungarian and American, who I can always visit, be it just a trip for fun or of necessity (since Hillsdale, out of respect for its workers and as part of promoting the importance of family, closes its dormitories for the holidays.)

What’s the biggest difference between a Hungarian university campus and Hillsdale?

The fact that I go to a big university in Hungary makes me very close to my faculty-mates, but I find it more difficult to get to know people from other disciplines. I think the more formal setting is typical to Hungarian universities, in general.
It is different in Hillsdale. Hillsdale is very community-based, everyone knows everyone, you can always find a group activity where you can make new friends. Even everyday occupations such as spending your meal in the student cafeteria can become meaningful social acts. People are not forcing their company on you, however, you have to make very little effort to get involved in a conversation (usually of an intellectual sort, since Hillsdale-students love to make a merit of their wit) with groups or individuals (students or professors). Student clubs of all sorts are everywhere, there is always something to find if you are not drowning under papers. There is no lack in academic, athletic, or entertainment opportunities that are extra-curricular. What’s more, students are encouraged to create new clubs and societies to enrich the life of the community.

What does this scholarship expedience add to your life that you might have missed out on in Hungary? 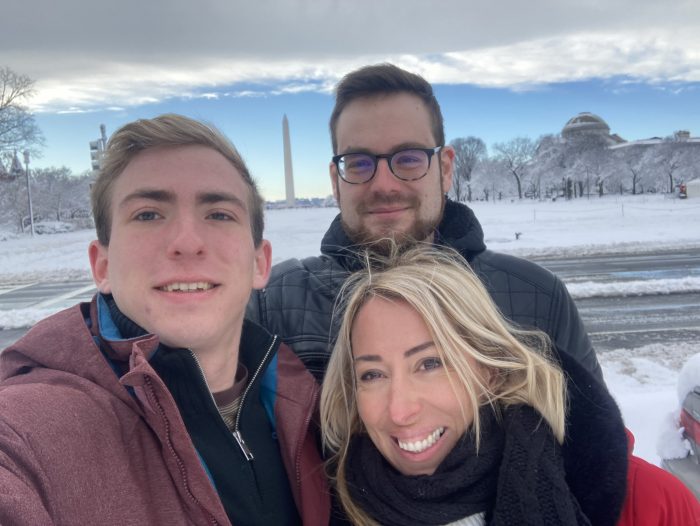 If someone had told me last February that in a year I would have secure ties and relationships academically and in my private life all over the United States, I definitely wouldn’t have believed them. Now I always have someone to turn to when I want to publish something, when I need sources or academic experience, when I have to resolve bureaucratic matters, or when I just need general advice on American or academic issues. I also feel like I have a much more qualified knowledge about American culture which was deepened due to my traveling around the country.
Academically, it has contributed to and complimented my area of study (which is Middle Eastern Studies and Arabic) with classes in politics and international relations.

Do students and professors on campus know much about Hungary? What’s their reaction when you tell them you study Budapest?

Once I met a student while playing capture-the-flag as part of our dormitory’s initiation process – we were both “in jail” at that stage – who gave me a strikingly detailed 15-minute crash course on Hungarian history and linguistics upon learning that I was from there. This is, of course, not a representative example, but a kind of curiosity about Hungarian culture and politics is palpable on campus. I have met several people who have visited Hungary at least once. Most people shoot a barrage of questions at me when I tell them where I am from.
When they learn that I study in Budapest, their reaction is usually a contrite inquiry about the pronunciation of the city’s name and some remarks on the unification of Buda and Pest, which is apparently a well-known historical event.

Why should Hungarian students apply to take part in this program?

This program offers any student invaluable experience. A year in Hillsdale will show you what quality American education looks like and how Americans study. The students are from all over the country (I think I know at least one person from each state with the exception of Alaska), which provides a rich perspective on ‘Americanness’ and cultural differences. Anyone who is interested in exploring why America is not just a big cultural block beyond the over-repeated platitudes will find Hillsdale thrilling.
Hillsdale will also not disappoint anyone who is looking for meaningful relationships with professors who actually care about their students’ intellectual growth. Teachers in Hillsdale are also impeccable orators and conversationalists. These soft-skills are arguably just as precious to master as the hard-facts or academic theories in which one will abound in Hillsdale.
Hillsdale’s emphasis on classical education offers students exceptional training in the humanities but enthusiasts of the hard sciences will not be disappointed either, as the biology, physics, chemistry and mathematics departments are also well-respected.

My HF friends visiting me in Michigan

The College Baptists Church in Hillsdale

Selfie with friends from the Hungary Foundation at Palm Beach 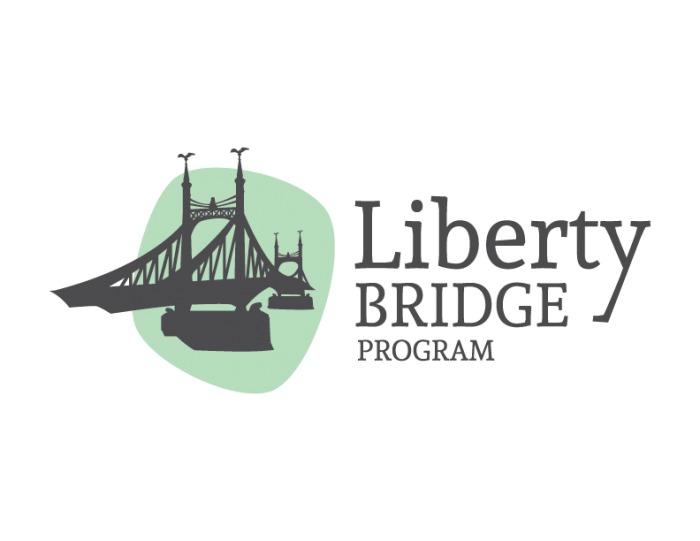 ABOUT THE LIBERTY BRIDGE PROGRAM

The goal of Hungary Foundation’s Liberty Bridge Program (launched in 2020) is to reinvigorate the US-Hungary relationship by building up a new framework of programs that will bolster the professional, academic, public, and people-to-people dialogue between the two countries. The idea behind the program is our core conviction that the US and Hungary share value-driven special bonds built on the concept of Liberty. As part of this program, HF will invest in scholars and fellows who have demonstrated leadership skills and will serve as future bridge-builders between the two countries.