On the 7th of March, The Center for Immigration Studies and the Budapest-based Migration Research Institute (MRI) organized a panel discussion titled The Hijacking of Asylum: Responses in the U.S. and Europe. Experts from both sides of the Atlantic examined international asylum law and its impact on national sovereignty. 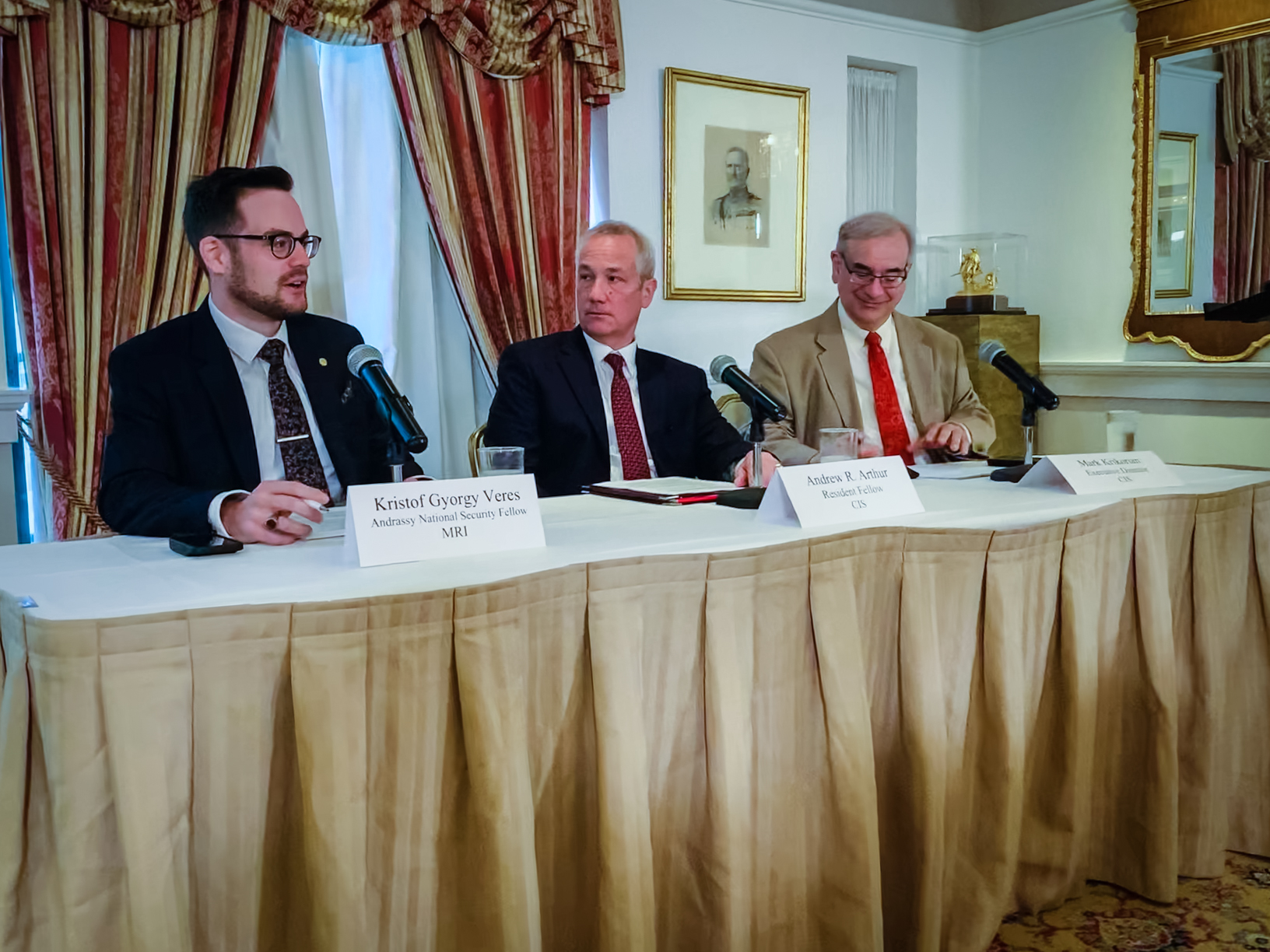 Viktor Marsai, Research Director (MRI) explained how the Mediterranean neighbors of the EU have been trying to instrumentalize migratory flows reaching the southern member-states of the EU. The irregular migrants arriving on the shores of Greece, Italy, and Spain pass through third countries (Turkey, Egypt, Libya, Algeria, and Morocco) that are willing to act as gatekeepers to ‘Fortress Europe.’ However, their co-operation comes at an increasingly high price.

Todd Bensman, Senior National Security Fellow (CIS) described the ties between asylum and terrorist attacks in Europe. The European asylum system gives all benefit of the doubt to border-crossing strangest instead of identifying those who could mean harm to destination countries. The present system can be easily gamed by terrorist infiltrators posing as asylum-seekers.

Szabolcs Janik, Operations Director (MRI) highlighted how the 2021–2022 Belarus–European Union Border Crisis represented a new chapter in the instrumentalization of migration. During the summer of 2021, Belarus started using migrants as weapons in hybrid warfare to blackmail the EU, by flying them in from the Middle East and then directing them towards the Lithuanian and the Polish border. The ensuing border crisis was the first time when irregular migration was not just tapped into, but a flow was artificially created to be then used as a hybrid weapon.

Kristof Gyorgy Veres, Andrassy National Security Fellow (CIS) explained the responses of member states and the EU to the instrumentalization of migration. During the 2015 Syrian migration crisis, the Union initially was pushing for management and burden sharing, while at the same time refusing to fund the border fence constructed by Hungary. The only effective tool that member states were able to agree on was massive bribes to gatekeeper countries. The situation only changed drastically in 2021. Facing a crisis artificially generated by Belarus the EU finally seems willing to shift towards a security-first approach. During the Ukrainian refugee crisis, the EU acted decisively and swiftly granting temporary protected status to refugees fleeing the Russian invasion.

Andrew Arthur, Resident Fellow in Law and Policy (CIS) mapped out the Biden Administration’s Attempts to Expand Asylum. It seems that the administration is pursuing a two-step approach to expand asylum eligibility. First, they are trying to remove the safeguards in the current system which would make it possible for DHS to release illegal migrants on parole. The second step would be the watering down of asylum standards by expanding the definition of “membership in a particular social group.” These two steps would enable the Biden administration to allow an unlimited amount of aliens to enter the U.S. with a clear path to citizenship.

Mark Krikorian, Executive Director (CIS) pointed out that asylum is an idea whose time has passed. Since the 1951 UN Convention Relating to the Status of Refugees the world has changed tremendously. Asylum was originally just a minor instrument benefitting political defectors from the Eastern bloc during the Cold War but now is used as a vehicle for massive immigration.

← Prev: Wrapping Up a Fruitful Year Abroad - PhD Fellowship Recap by Balázs Tárnok Next: A Hungarian at Hillsdale - Interview with Balázs Turcsán →