The seventh Hungarian Americans Together conference was held in Atlanta, Georgia on September 22-23. Representatives from twelve states and Hungary gathered together to discuss ideas regarding community building and strenghtening linkages with Hungary. The Hungary Foundation was the major sponsor of the conference. It was also the first time that President/Ceo Tamás Fellegi could publicly introduce the Foundation to the representatives of the Hungarian American community.

HATOG was first organized in 2008 to bring together Hungarian American organizations, schools, clubs, churches, media, and associations to discuss how to ensure the preservation of our cultural heritage and how to address the new generations of Hungarian American. The series was started with the intention to always reconvene in a different area around the United States where Hungarians live in significant numbers. 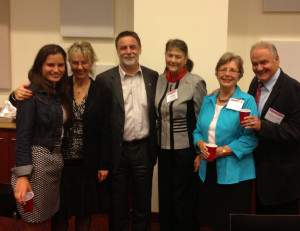 This time, it was the Southeast region that hosted the meeting as it has become a new center of activity for new Hungarian immigrants to the US and newly formed organizations. “We have been looking forward for some time to organizing this regional conference in the Southeast. There are so many great initiatives in this part of the country that many people don’t know about, so I’m excited we have been able to provide an opportunity for networking and exposure on a larger stage,” said conference organizer Andrea Lauer Rice. HATOG was organized by the Hungarian American Coalition, Hungarian Community Church of GA, Atlanta Hungarian Meetup, and John Parkerson, Honorary Consul of Hungary, Atlanta, with the help of many enthusiastic and dedicated volunteers and supporters. 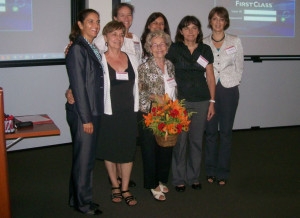 During the two day-long workshop, the participants introduced their organizations, programs, and activities, exchanged best practices, discussed their most important issues and challenges and worked together to strengthen the network of Southeastern organizations. On the second day of the conference, HATOG attendees also participated in the 1st Atlanta Hungarian Festival at Agnes Scott College in Decatur, GA.  The event drew about 400 people and included performances by the Életfa Folk Music Band and local Atlanta singer, Gabriella Toth.

“The Southeastern HATOG Conference was a great success and a unique opportunity to learn about the many new organizations in this area of the country. The conference focused on ways to build community and on linkages between the organizations and with Hungary,” said Dr. Fellegi after the conference.

“This seventh HATOG, comprised mainly of the Southeastern community leadership, was both incredibly dynamic and substantive. I personally learned a great deal about the quality of our regional organizations and their amazing programs. I left Atlanta both energized and hopeful for our community’s strength, dedication and future,” stated Hungarian American Coalition President, Max Teleki.

The next HATOG is planned for the spring of 2014 in Boston, MA.