Dr. Fellegi participated in a panel discussion about the state of democracies in Central Europe on October 3, 2013 at the Center for European Policy Analysis’ 2013 US-Central Europe Strategy Forum. The Hungary Foundation was also one of the major supporters of the conference.

The Center for European Policy Analysis (CEPA), a public policy research institute dealing with the countries of the Central European region held its annual conference, the “U.S-Central Europe Strategy Forum” on October 3-4. The Expert Forum brought together the best and brightest from both sides of the Atlantic to encourage innovative, forward-looking strategic thinking and planning about the Central and Eastern European region and its partnership with the United States. 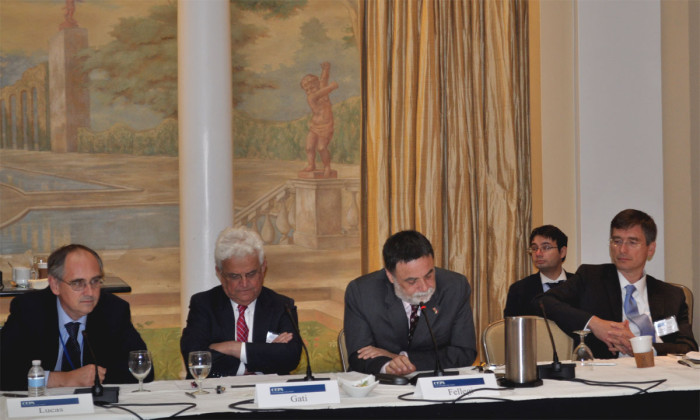 In his opening remarks, Dr. Fellegi fundamentally questioned the existence of a crisis of the democratic institutions in the region. According to him, democracy and market economy have become fully developed across the region in the last 20 years. Transfer of power through free elections has been the only form of government change, the media is free and freedom of speech is one of the most precious values and principles of all the constitutions in the region. The economies are fundamentally private and integrated into the globalized world economy. All the countries of the Central European region have joined both NATO and the European Union. It is also true that problems do exist, the emergence and development of democratic institutions and practices have revealed several weaknesses of societies, like corruption, extremism, misuse of power, the underdevelopment of civil society, and the weaknesses of democratic socialization and education. However, none of these components of social and political life is unheard of in even well established, longer term Western democracies and the fact that we know of them, that they are brought to the surface is another proof of the strength of democracies. Dr. Fellegi also said that Central European democracies are well-established and deeply rooted enough to have their own self-correction mechanisms through democratic means. They are strong enough to face and overcome these problems and the sheer existence of problems does not equal a general crisis of democracy. 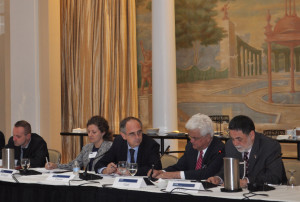 According to his speech, there is a paradigm change in Europe, and especially in the Mediterranean and the CEE countries in response to the financial and political institutional crisis. Unorthodox solutions emerged and became more and more accepted. One of the priorities has been the maintenance or re-creation of financial stability, social stability and political stability, amidst the Eurozone crisis and the sluggish economic growth figures of these countries. In the aftermath of the divergence of crisis management methods, including institutional politics, the previously more homogeneous CEE region has become more diverse, including its countries democratic institutions and practices.

Touching upon the case of Hungary, he mentioned the ‘revolutionary changes without a revolution’ in 1989-1990 that has significantly influenced the political landscape of the country. He described the current supermajority and the actions of the government as the result of eight catastrophic years of socialist governance followed by a very strong sense of mission to rebuild Hungary by the new governing force. He stated that there are always at least two narratives of one political story, the government’s and the opposition’s, and this fact has to be taken into account every time when one forms an opinion about a country and its government’s actions.