In 2016, the Hungarian American Coalition‘s internship program sponsored ten Hungarian university students. The Coalition Internship Program (CIP) allows young Hungarian-Americans and English-speaking, well-qualified Hungarians from Hungary and the neighboring countries to get acquainted with the workings of U.S. government and civil society, to motivate them for public service in their respective places of origin as well as to build closer relations with the US in their professional areas of expertise. The continuity and expansion of CIP was made possible by a grant of The Hungary Foundation. 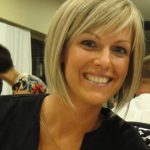 Besides managing the program of the president of GEN and managing different parts of the annual Global Entrepreneurship Conference (GEC) taking place in Colombia in 2016, Kitti took the chance to observe the campaign in New Hampshire before the primary and got acquainted with the latest campaign instruments based on smart phones, applications and online tools. 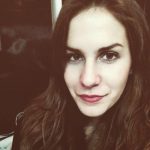 Fruzsina’s main task at GEN was to do research on the entrepreneurial environment and startup competitions throughout Latin America. Apart from her work at GEN, she attended many lectures and conferences on various topics and helped to organize the Coalition’s 2016 Gala Dinner.

I am very glad to have this opportunity in the capital of the United States – I learnt so much, and got an insight to the non-profit sector of the US. It has to be emphasized, it was a mind-opening four months. – Fruzsina Tőkés

Fruzsina Tőkés holds a Bachelor’s Degree in Political Science from Eötvös Loránd University, Budapest. Prior to the beginning of her internship in DC, she was a trainee at the European Parliament for six weeks. Fruzsina is interested in the politics and economy of Latin American countries and their relationship with the EU and the U.S. 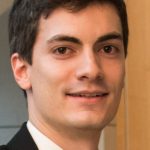 Dániel’s work at the International Cybersecurity Dialogue included various issues from business policy and project planning, as well as top policy background and research analysis in cybersecurity related subjects and to cover and participate in related events. Dániel represented the Coalition at the 9th annual Roll Call of Nations organized by the Victims of Communism Memorial Foundation and participated in events of the Immigrant Heritage Month (IHM) in June, a nationwide effort to gather and share inspirational stories of immigration in America, including the Immigrant Heritage Month Congressional Celebration on June 13, 2016.

Dániel L. Joós graduated in Political Science, at Eötvös Loránd University Budapest, Hungary and he obtained his Masters Degree in International Relations. His interests attain a position of responsibility in a government organization or NGO focusing upon evaluation of risks in a multinational global environment. His major area of interest is global security.

As Károly has exceptional writing skills, his main tasks at GEN focused on the field of media and communications, and drafting many blog posts and articles for the organization. One of his major accomplishments at ICD was establishing a weekly newsletter entitled ’International Cybersecurity Dialogue Briefing’ that remained an ongoing project even after the end of his internship.

As I was working directly with the head of the organization, Anne Bader, I got instant feedback from her, I saw that my work had a result, got out, was distributed as well as her appreciation of my contribution. Our weekly meetings were centered around two main topics: the news briefing and the transformation from a non-profit organization. These meetings were always extremely productive and I had a chance to get insight into the building of a new organization and to work with an incredibly prestigious expert. Her constant feedback was an immense help in excelling my work every week. – Károly Gergely 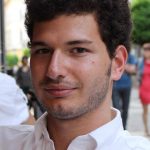 During the 4 months period, Tamás is completing an internship in audience development and marketing. He is seeking to obtain further experience in online marketing and public relations, and also to gain an insight in the art world of New York City. BlueMedium organizes and participates in a large number of art-related events, including gallery openings, exhibitions, and charity galas in which Tamás can also participate. His projects at the company included the redesigning of the company’s website and newsletters; configuring Google Analytics and creating a Google AdWords campaign for the company to increase the clicks on the website; doing Facebook Live during events and promoting Facebook advertisement tools to increase engagement and attendance at the company’s events.

Tamás Forrai graduated at Nottingham Trent University, specializing in International Business Management. He also studied International Business at the IPAG Business School in Paris. His main interests are based on cultural activities like organizing cultural, festive and integrative events. Before this internship, he led various marketing projects at the Kieselbach Art Gallery, Budapest. 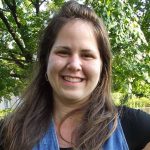 Alexandra’s main aim was to learn more about Experience Corps’ literacy program, see the best practices and gain experience in an organization that has more than 38 million members across the United States. Experience Corps (EC) is an intergenerational volunteer-based tutoring program, which is part of American Association of Retired People (AARP) Foundation that promotes independence, dignity and purpose for the elderly, enhance their quality of life, and encourage them to become active members of  society. Her main tasks included the collection, analysis and creation of a report summarizing the DC Metro Branch’s volunteer recruitment in several aspects, such as age, gender, education attainment, etc; drafting a volunteer satisfaction survey and she also had the chance to join EC’s new member training.

Alexandra Tari holds an undergraduate degree in Natural and Cultural Heritage Management from the University College of Northern Denmark (Hjørring, Denmark). Before participating in the Coalition Internship Program, she worked as program coordinator of Civic Enterprises’ Senior Mentor Program(Budapest, Hungary), that engages people over 55 in meeting society’s greatest challenges, as its members in 12 cities tutor and mentor elementary school students struggling to learn to read. 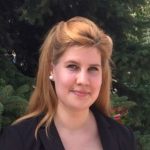 Dorottya had the chance to participate and report on working dinners, meetings, private discussions, webinars and conferences and working closely with her supervisor, Anne C. Bader, a Washington D.C. based nongovernmental executive and consultant with more than twenty five years’ experience creating practical initiatives and networks that build local capacity and sustainable security.

Dorottya Bobák is a graduate studying International Relations at Pázmány Péter Catholic University, Budapest. She was an intern at the US Embassy’s Management Section in September 2014 – March 2015. She is interested in American foreign policy, security policy, cybersecurity and terrorism. 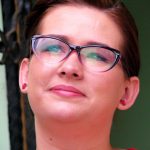 One of the highlights of Sarolta’s work at GEN was to participate and work in the events of Global Entrepreneurship Week 2016. As for her extracurricular activites, Sarolta is very active on social media. She has posted short summaries on each event she attended with the hashtag #hacusa that aims to promote the opportunities CIP provides for young professionals like Sarolta. Furthermore, as the fall of 2016 was a busy time all accross the U.S. with various events organized to commemorate the 60th anniversary of the 1956 Hungarian revolution and freedom fight, Sarolta created a photo compilation video on more than 15 events she attended along with the other CIP interns. She also gave an interview to a small Transylvanian Hungarian online journal ’szabadsag.ro’ on her experiences on the commemorations she attended that can be downloaded here. 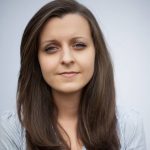 Right on her first week Mária had the chance to dive in the work of CEPA and participate in the institute’s biggest conference, the leading annual transatlantic security conference in Washington DC, the 8th CEPA Forum that took place on September 28-29, 2016. This conference was also the kick-off event of the Hungarian Embassy’s program events through October and November (in the honor of the 1956 Hungarian Revolution).  Specific topics on the agenda included: challenges for the Visegrád Group on its 25th anniversary; cyber security challenges; the state of transatlantic security in light of growing Russian pressure.

Mária Béres has recently finished her graduate studies in International Relations at Pázmány Péter Catholic University (Budapest, Hungary) and currently she is pursuing legal studies at the same university. Mária is interested in transatlantic relations between the Visegrad Group countries and the US and minority policy. She used to work as a project coordinator at the Hungarian Institute of Foreign Affairs and Trade,  where she was part of a project that was implemented in cooperation with CEPA. Mária is originally from a village Štúrovo (Párkány), Slovakia. 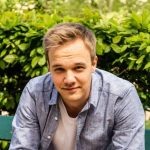 Áron worked as a communication intern the European Institute (EI), an independent forum in which key decision makers from both the public and private sectors in Europe and the United States can meet to discuss issues of common concern and develop effective and mutually beneficial solutions. His tasks included writing for the blog, research on various topics and authors for European Affairs, assisting with website updates and content, writing press releases, developing special projects for promotion of publications, and also general administrative and organizational assistance.

Áron Giró-Szász studies law at ELTE University (Budapest, Hungary) and he spent a semester at University of Warwick (Coventry, England) in the 2014/2015 academic year. He has been an active member of university life from the very beginning, both socially and professionally. In addition, he gained admission to the MathiasCorvinus Collegium (MCC) along with the Law Students’ Self-study Organization (Joghallgatók Önképző Szervezete- JÖSz), and he was elected to the Students’ Union as the representative of his class, and later to become the faculty president for one year.

← Prev: Cleveland Hungarians Commemorate 1956 with a Tour de Force of Performances Next: 1956 in the Twin Cities - A Special Tribute to the Revolution's Heroes →