Faith on the Frontlines of the War in Europe 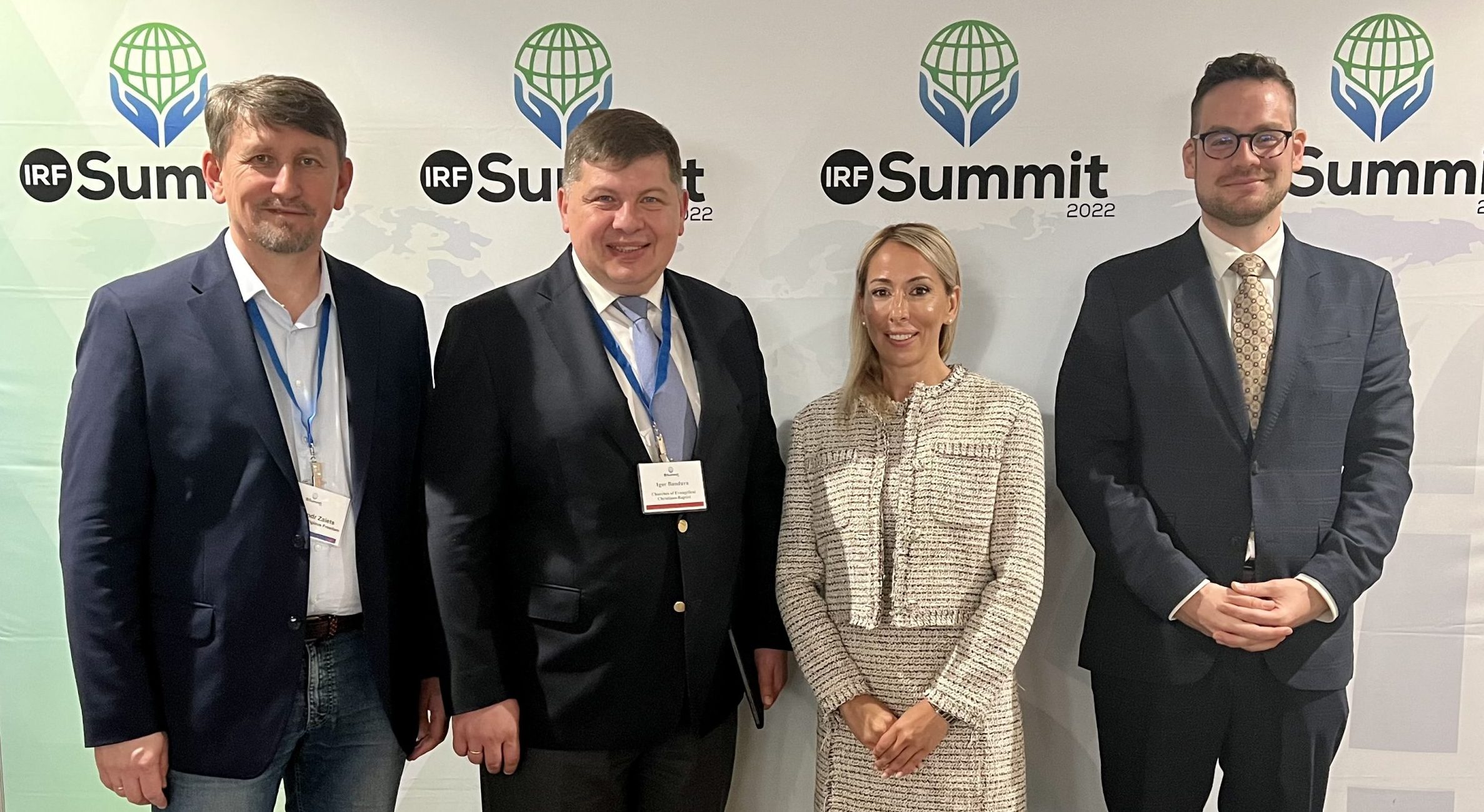 Russia’s war on Ukraine brought unprecedented destruction to centuries-old Jewish and Christian religious institutions. Churches that belong to the important civilizational heritage of the West currently on the front lines of the war in Ukraine are being bombed to the ground as we speak. Those fleeing from the war to neighboring Poland, Hungary, and Romania are met with unceasing support from an ecumenical cooperation between local civil society and church organizations unseen since World War II. What are the chances of survival for churches currently under attack in the heart of Eastern Europe? What will be rebuilt from the ashes of the war in Ukraine? These were the questions explored by a panel discussion at the 2022 International Religious Freedom Summit in Washington.

Given the unprecedented humanitarian and security situation in Eastern Europe, Hungary Foundation sponsored a panel on “Faith on the Frontlines of the War in Europe” at the 2022 International Religious Freedom Summit in Washington, DC. The Summit, Co-Chaired by Former Ambassador at Large for International Religious Freedom, Sen. Sam Brownback, and President of the Lantos Foundation for Human Rights Dr. Katrina Lantos-Swett, brought together a broad coalition of groups who passionately support religious freedom around the globe for a three-day-in-person event in Washington D.C., June 28th – June 30th.

The HF-sponsored panel focusing on the toll of the war in Ukraine was moderated by HF-Hudson Fellow, Mónika Palotai, and featured distinguished faith leaders from Ukraine, Alexander Vasiliech Zauets Chairman of the Board of the Institute of Religious Freedom in Ukraine, and Igor Badura Vice President of the All-Ukrainian Union of Association of Evangelical Christians- Baptists, as well as Andrassy Fellow Kristóf György Veres. The discussion highlighted the impacts of the war on religious establishments and buildings, and how the unjustified and brutal Russian invasion continues to devastate the religious communities of Ukraine. Opening the panel Monika Palotai stated that “Ancient churches that survived the Second World War didn’t withstand the brutal invasion of Russia.” While many denominations have been forced to flee, they have also been met with an unprecedented and unceasing amount of ecumenical support from church organizations and local societies in neighboring Poland and Hungary. 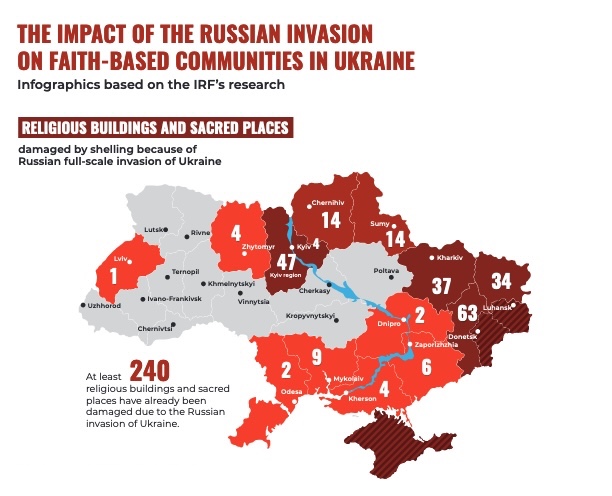 “Ukrainian religious leaders constantly tried to talk with religious leaders in Russia asking them to speak loudly about peace and stop the war. […] But unfortunately, we didn’t get any response.” – highlighted Alexander Vasiliech Zauets.

Together with Igor Badura, he explained how Ukrainian communities and people help reveal the destruction committed by Russian perpetrators. The Institute of Religious Freedom published reports on the devastation caused by the war and continues to work towards collecting data on and publishing works highlighting these intentional atrocities against religious sites.

The most significant of these damages have been recorded in the Donetsk region with 240 religious sites and kidnapped religious personnel falling victim to Russian aggression. When it comes to the number of church buildings destroyed, the Ukrainian Orthodox Church in unity with the Moscow Patriarchate comes first.

“For Russian soldiers, it doesn’t matter what they destroy […] Russia pretends to come and protect all the Russian-speaking people, but then these people suffer the most.” – stressed Alexander Vasiliech Zauets.

According to Igor Bandura, “almost 800,000 Ukrainian children were deported to Russia, many of them orphans from state orphanages.” As the war rages on, these children are being prepared to be adopted by Russian families. The international community’s response to these war crimes and responsibility to exert pressure against the Russians while holding the perpetrators accountable is of utmost importance. 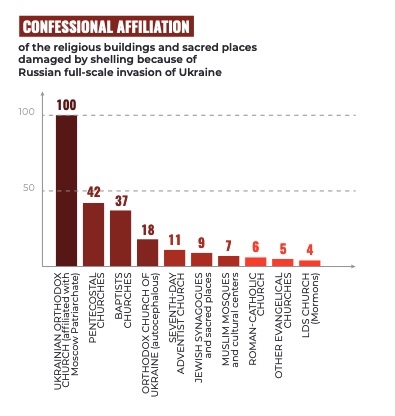 Panel speaker Kristóf György Veres discussed how the progression of war naturally tends to shift migration trends. He noted how the initial wave of refugees after the onset of the Ukrainian invasion was the most significant and was met with a wave of support in Hungary from religious and private NGOs (Red Cross, Hungarian Baptist Aid, etc.) coordinated by the Hungarian government’s provision of resources and funds through the Hungarian Charity Council.

“When it comes to international aid organizations, it was the Hungarian Interchurch Aid that first arrived in Lviv.” – highlighted Kristóf György Veres.

Frontex’s newly published reports indicate that the most recent retreat of Russian forces from northern regions led to migration trends showing a net positive flow of people into Ukraine rather than into the EU.

Overall, awareness and support of religious preservation is something that should not lose momentum, but should rather be a joint international effort in order to preserve the heritage of centuries worth of Ukrainian culture from the barbaric and unjustified Russian invasion.