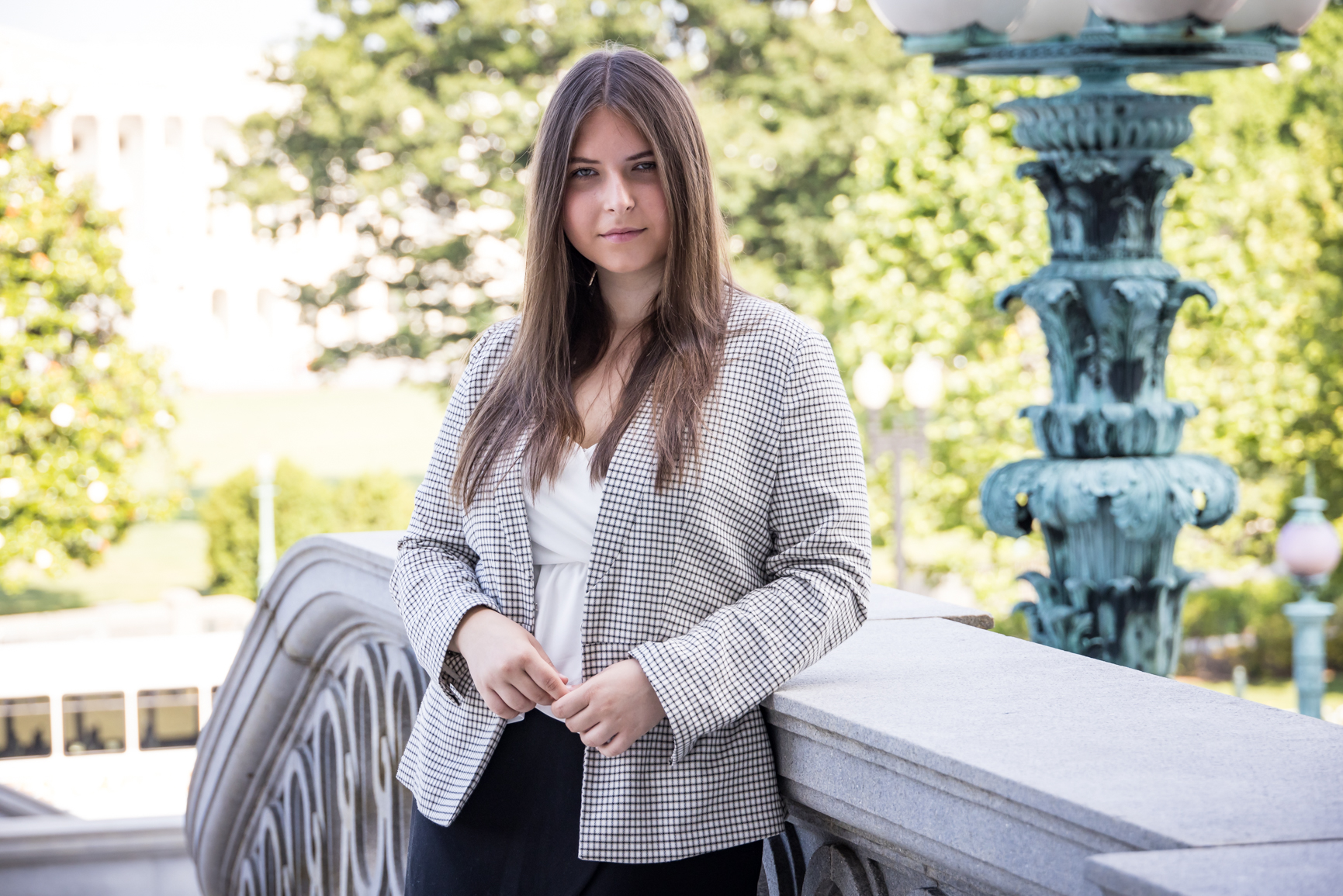 Krisztina Kapin is a rising junior undertaking a double major in philosophy and political science with a pre-law minor at the University of Dayton. A member of the Honors Program, she is one of only seven students selected to represent the university through its Honors “D.C. Flyers” internship program over the summer of 2022.

Her Hungarian heritage prompted her to seek out organizations with close ties to her country, traditions, and culture. Growing up in New York City, she has always been an active member of the local Hungarian-American community, participating in Hungarian schooling, scouting, and mass. In 2017, she won first place in the NYC regional Hungarian poetry recital contest and progressed on to the national competition held at the Hungarian Embassy in Washington, D.C., where she subsequently won first place in her age group.

At the University of Dayton, she serves as secretary for College Republicans and as parliamentarian for Phi Alpha Delta–the nation’s largest pre-law fraternity. Additionally, she has over two years of political campaign experience interning for the Ohio Republican Party beginning in 2020.

“Because of my background, I believe the Hungary Foundation is the perfect opportunity to apply the skill sets I have acquired thus far. I am looking  forward to working alongside other members of the organization and in assisting HF as their summer communications intern.” – Krisztina Kapin

← Prev: Faith on the Frontlines of the War in Europe Next: Budapest Fellowship Program Concludes Its Second Year →