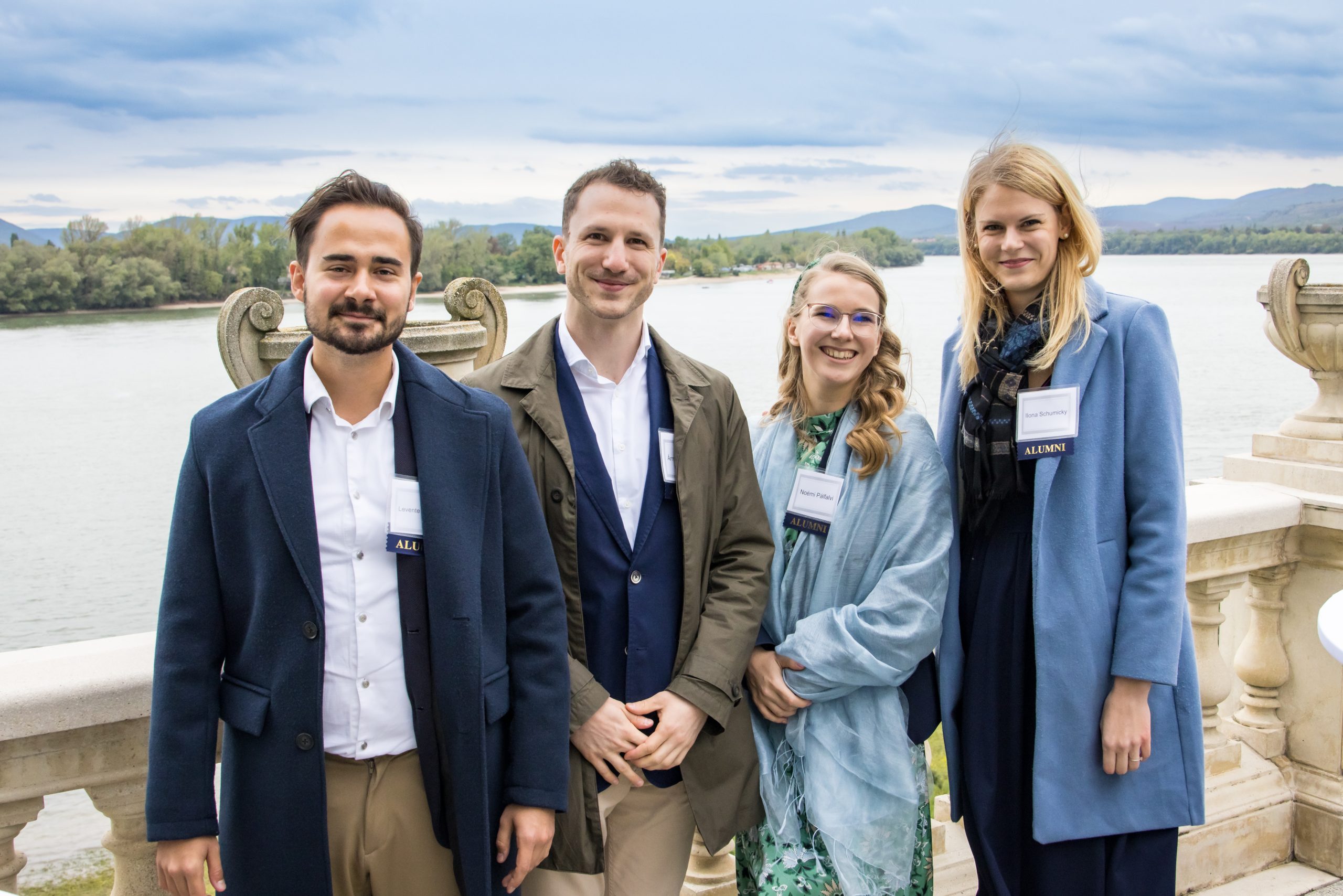 The Zebegény Alumni Summit held on September 17th, 2022 at the Dőry Castle on the Danube was co-organized this year as well by Quinnipiac University’s Central European Institute and the Hungary Foundation. This annual event serves as a networking opportunity for those wanting to build a better future for Hungary and the region by helping younger generations through educational and business opportunities in both the US and Hungary. It is an uplifting occasion that brought together alumni of the Quinnipiac HABL program, Hungary Foundation’s graduate scholarship alumni, as well as HF’s fellowship and internship alumni in order to provide a networking opportunity with HF’s board members, Hungarian policymakers, and other guests for their further professional and personal advancement.

Opening the event, Christopher Ball, Széchenyi Chair in Economics and Director of Quinnipiac University’s Central European Institute (CEI) welcomed guests back to Zebegény, celebrating its 15th Anniversary. He talked about Quinnipiac’s scholars and programs, progress, and expansion of their HABL Program. Chris announced the upcoming launch of “QU in BP”, a special program for Quinnipiac students to come to Budapest where they study and work/intern at companies in Hungary.

“HF over the years has sponsored some of our scholars, I have joined their academic advisory board, lecture in their YHLP program, and we generally support each others efforts. Our common missions is Trans-Atlantic, support for good people, and support good connections between Hungary and the US.” – Christopher Ball

HF’s Executive Director Anna Smith Lacey gave a short overview of how the foundation fared in its exceptionally active year of 2022. She introduced new scholarship recipients of its Liberty Bridge Program, this year’s Széll Kálmán Fellows, and the Budapest Fellowship Program recipients for the upcoming academic year. She also emphasized the impact of the breakthrough of Hungarian voices in various publications and in-person appearances of our scholars. They’ve been co-writing articles, co-producing panel discussions, collaborating on project proposals, and helping each other professionally and personally. Thanks to this, they have been punching above their weight with publications appearing in a wide range of well-read US and European platforms.

April H. Foley, Hungary Foundation’s Chair of the Board issued a call to action for all HF alumni and those present, reminding them that we all have a responsibility to work to improve understanding of Hungary. She inspired guests to be prepared to inform and enlighten people about all of the positives.

This year, Hungary Foundation gave out its first Alumni Leadership Award based on professional, academic, and community engagement excellence. The foundation received many nominations this year.  Alumni were asked to send in their suggestions for an alumnus who’s professional, academic, and community engagement excellence. HF created this award because we believe in leading by example.

In 2022, the person who received the largest number of nominations and was unanimously supported by our board to receive HF’s first alumni award was Balázs Tárnok, 2020-2021 Ph.D. Fellow, whose example HF is very proud of. In her laudation introduction, Anna Smith Lacey said

“Balázs exemplifies camaraderie, a spirit of collaboration, perseverance, hard work, humility, and giving back. He is one of the proudest Hungarian patriots but didn’t have the luxury of being born in Hungary. But throughout his career and especially through his scholarly and public-facing work during an especially difficult year has elevated the issue of the rights of Hungarian minorities abroad to an audience that has never heard about it before. He did so in a non-partisan fashion, with elegance, grit, and intellectual sophistication. But in addition to all this, it has always been clear to HF that he’s first and foremost a husband, and a father strongly committed to his family.”

We thank Christian Sauska for making this year’s Zebegény gathering possible through his generous hospitality.