As part of the new Liberty Bridge Program, the Hungary Foundation established the Post-Graduate Visiting Research Fellowship, a 12-month fully-funded program, in late 2019. The program supports in-residence academic research at top US universities to foster academic research of strategic importance to the US-Hungary relationship with educational institutions that are likely to become long-term partners for future academic collaborations.

This year we welcome Balázs Tárnok, as our first post-graduate visiting research fellow. 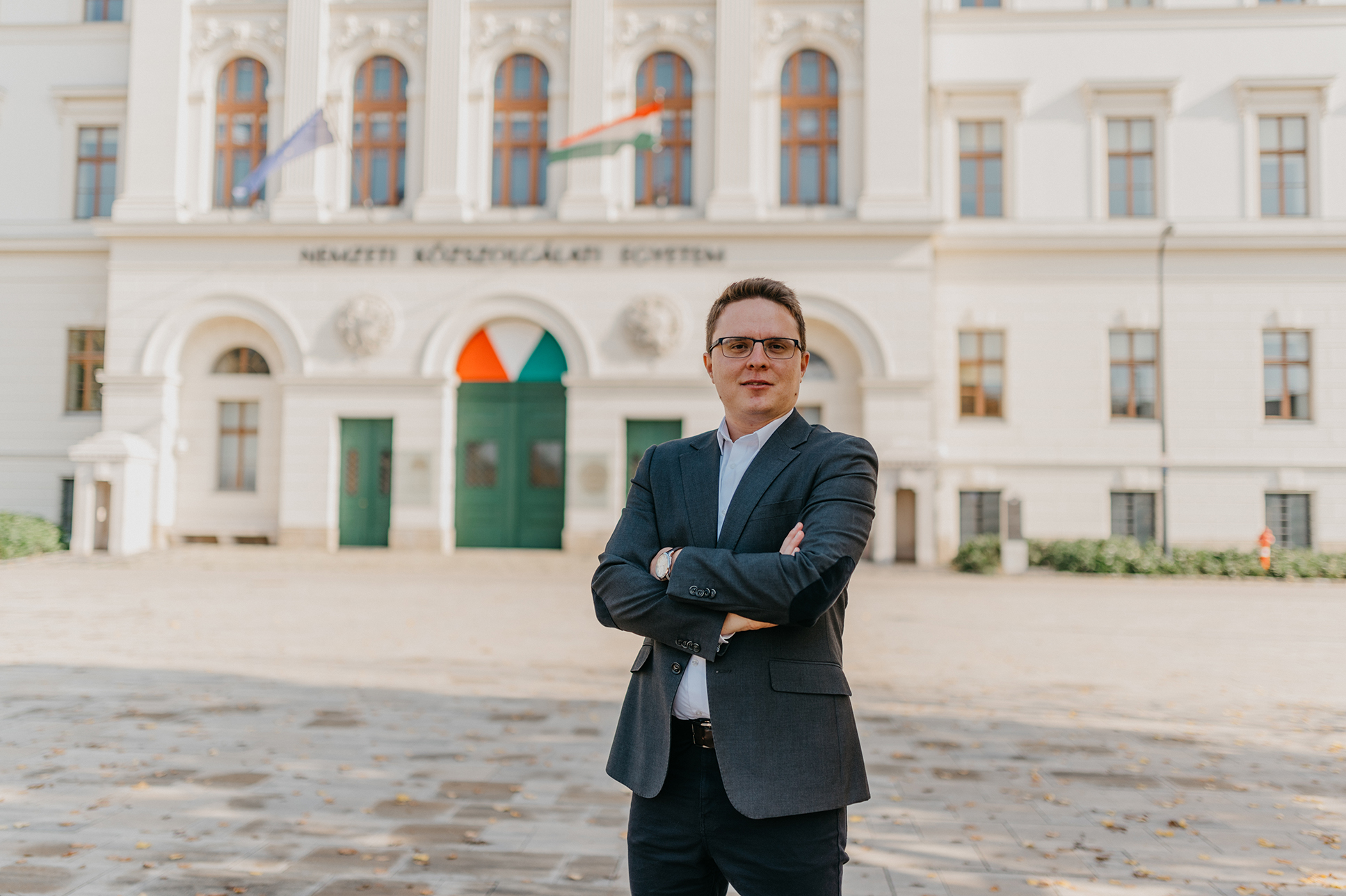 Balázs obtained his legal degree in 2015 at the Pázmány Péter Catholic University Faculty of Law and Political Sciences, Budapest. In the 2012/13 academic year, he studied European and international law as an Erasmus student at the Radboud University Faculty of Law in Nijmegen, the Netherlands. Balázs is also a Translator Specialized in Law, he gained his LL.M. degree at the Pázmány Péter Catholic University Deák Ferenc School of Postgraduate Studies in 2018. Balázs defended his doctoral thesis in November 2020. 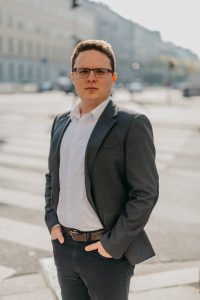 Balázs worked in several organizations gaining experience in the field of the protection of the rights and the promotion of the interests of national minorities in the European Union. In 2014/15, he worked as an intern at the Minority Rights Protection Institute, Budapest (Kisebbségi Jogvédő Intézet). Since 2016, Balázs has been a legal advisor at the Dr. Sobor Law Firm, where he assisted in the court proceedings of the ECI on National Minority Regions at the Court of Justice of the European Union. Since 2017, Balázs has been a legal expert of the Rákóczi Association (Rákóczi Szövetség), coordinating the Hungarian signature collection campaign of the Minority SafePack ECI. Since 2018, he has been working at the State Secretariat for the European Union Relations of the Prime Minister’s Office.

“When I started my legal studies in Budapest, I felt that it was my duty to take my part from the service of my national community, the Hungarians in South Slovakia. I have dedicated my whole professional career to the protection of the rights and the promotion of the interests of national minorities and Hungarians living beyond the borders of Hungary.” – Balázs Tárnok

Balázs is a member of the Hungarian community in South Slovakia. This fact has influenced not only his professional career but his commitment to actively participate in public life as well. Since 2018, he is the Vice-President of the Rákóczi Association (Rákóczi Szövetség), one of the biggest culture-oriented Hungarian civil society organizations, an umbrella organization boasting over 28 000 members and more than 500 local branches from the Carpathian Basin and all around the world. Moreover, as an external expert, he was also nominated as a candidate for the 2019 European Parliament elections by the Party of the Hungarian Community in Slovakia.

Since July 2019, Balázs is an associate researcher at EUstrat – European Strategy Research Institute of Ludovika-University of Public Service, led by Hungary’s former EU Commissioner, Tibor Navracsics. Balázs’s research at EUstrat focuses on the law of the EU, participatory democracy, the protection and promotion of the rights and interests of national minorities in the EU, and citizen interest representation. Until the end of 2020, he also worked as an international advisor at the International Directorate of the Ludovika-University of Public Service.

Balázs joined the Kellogg Institute for International Studies at the University of Notre Dame as a Post-Graduate Visiting Research Fellow in January 2021. He is accompanied by his wife and 3-year-old son. While at Kellogg, the focus of his research will be the citizen interest representation in the European Union and the United States.

“This program is a great and unique opportunity for young Hungarian scholars to conduct research in the US in areas where the Hungarian approach is underrepresented. While the fellows can actively contribute to the improvement of the US-Hungarian relations, the program may also give a huge boost to their academic and professional career.” – Balázs Tárnok

In his spare time, Balázs enjoys spending time with his family and his son, Koppány. Balázs enjoys books, playing darts, horse riding, and Hungarian military reenactment. After the time at Kellogg Institute, it is his aim to further contribute to the protection of the rights and the promotion of the interests of persons belonging to Hungarian national minorities both in the European public sphere and the Euroatlantic relations. He also wants to continue his academic work in the field of European law and politics, the rights of national minorities, and the representation of organized citizens’ interests.

A selection of Balázs’s publications:

Ukrainian-Hungarian Relations Throughout the Years – How to Move Forward (co-author: Lyudmyla Filyuk)

The European Commission turned its back on national and linguistic minorities

Balázs with his Family at Notre Dame Campus
← Prev: Why Understanding Central European Minority Issues Matters Next: Researching Pandemic Management in the Heart of Europe →