The museum is located in the Hungarian Settlement School, which has gone through renovation and restoration. There are photographs, clothing, artwork and numerous artifacts being showcased at the museum. The Historical Society actively works on collecting materials to display through donations. These relics give an insight as to what life was like as a Hungarian living in rural parts of the United States. With the support received from HIF, the Historical Society was able to buy a variety of materials such as mannequins, photo enlargements, maps, and easels, all in the effort to enhance the viewing experience when visiting the museum.

Our mission is setting up/organizing a Hungarian Museum. Consequently, it is important to have a good inventory of artifacts. These artifacts must be displayed properly catalogued.

The Hungarian Settlement Historical Society continues to hold events at the museum that preserve Hungarian customs and traditions, such as the Commemoration of the 1956 Hungarian Revolution. They also hold Smoked Pulled Pork Dinners to raise funds for the museum. 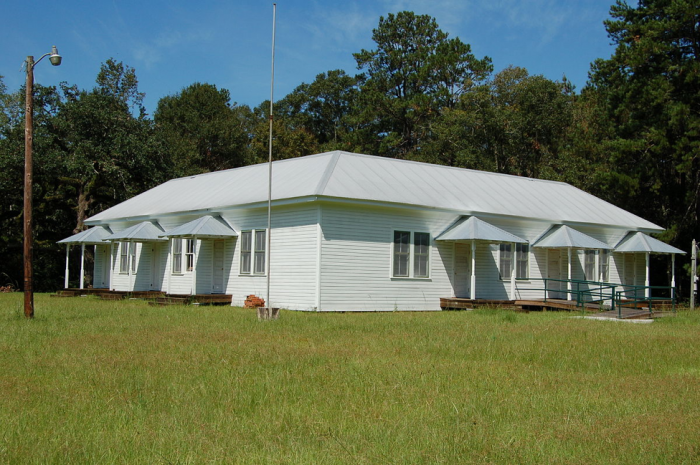 Site of the Museum which will be opened on Wednesday September 27, 2017.

For a detailed history visit: http://www.hungarianmuseum.com/store to find out more about the Hungarian Settlement in Louisiana.