On May 19-21, 2017 over 60 representatives from 16 U.S. states attended the tenth Hungarian Americans Together (HATOG X) conference, organized by the American Hungarian Heritage House (AHHH) and the Hungarian American Coalition (Coalition), with the support of the Hungary Foundation (HIF). With a real focus on attracting young up-and-coming leaders, two-thirds of the participants were attending their first HATOG conference.

HATOG is held in a different U.S. city every year to provide a forum for Hungarian organizations that work to maintain Hungarian heritage and culture in their communities.

At HATOG X, we focused on youth outreach, which was extremely beneficial in terms of bridging the generations and working together to understand each other’s challenges. I fully expect this approach to become part of all future HATOGs!

The two-day HATOG conference was held at Marymount University in Arlington, VA.  The event began Saturday, with short presentations on each participating organization’s activities. Coalition President Emeritus Max Teleki and Coalition Chairman of the Board Agnes Virga presented an overview of the mission and programs of the Coalition.  Stefan Fedor’s introduction of AHHH followed during which he expressed his goal of cooperating with other organizations and providing opportunities to hold events at Marymount.

This year’s conference was complemented by professional development sessions on Strategic Planning, and “youth leader” break out groups discussing the following issues: “Where do you see the community in 20 years?; Out-of-the-box Ideas on Sharing Heritage”

Anna Smith Lacey, Executive Director of the Hungary Foundation, also presented on the most important criteria HIF considers when deciding on project grants, and gave practical advice for organizations on how to apply, stressing the importance of youth-oriented, sustainable and cooperative projects.

Sunday’s seminars included social media outreach and strategy workshop for participants, providing an overview of various forms of social media platforms and exercises on how to develop a strategic communication plans for organizations of various sizes. The day also included a professional development session on fundraising and grant writing, discussing the basic tenets of successful fundraising events and strategies.

Bringing younger and older Hungarian community members together to talk, share ideas, skills and knowledge allows both groups to understand more about each other and the needs of the community. Joining forces as equal partners gives young people real ownership and power in planning and decision-making and encourages them into leadership roles.

Said Csilla Grauzer, leader of Minnesota Hungarians, who has attended several HATOG Conferences in the past.

During the HATOG conference with Hungarians from all across the United States, we had the chance to share best practices and learned a lot about fundraising events and what other communities are doing.

Said Piros Pazaurek of the HungarianHub in Daytona Beach, who attended her first HATOG this year.

The following organizations and their representatives attended the conference: 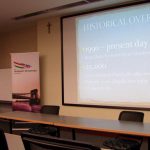 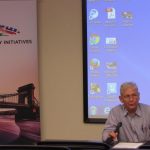 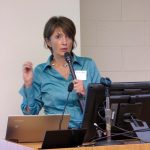 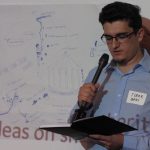 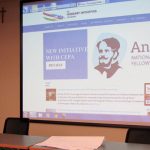 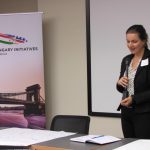 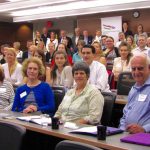