What Americans Can Learn From Hungary’s Difficult Communist Past 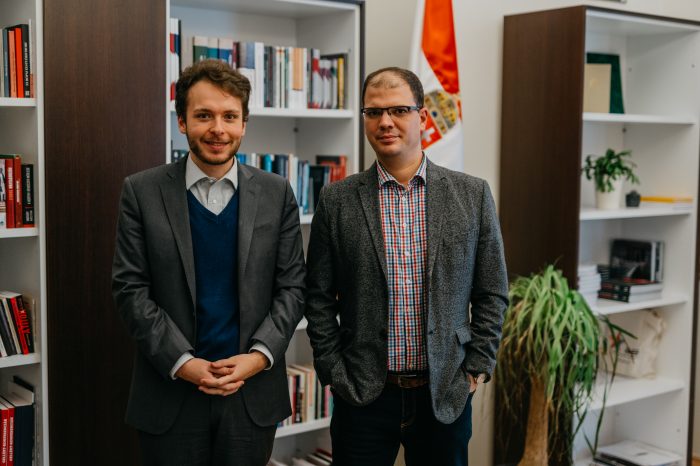 In September 2020, the Hungary Foundation together with Mathias Corvinus Collegium(Budapest, Hungary) established the Budapest Fellowship Program, a full-time, fully-funded transatlantic fellowship opportunity in Budapest, Hungary, for young American scholars and professionals. The fellows are conducting independent research on an independently chosen topic, at an assigned host institution, guided by a trusted mentor. We could not do this program without these mentors and host institutions, so we’re introducing them one by one in a series of new interviews.

Áron Máthé, Vice-Chairman of the Committee of National Remembrance, is the mentor of Stephen Sholl, Budapest Fellowship Program’s 2020 Junior Fellow. 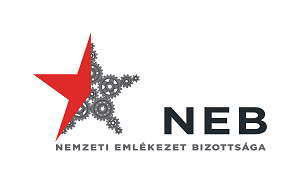 The members of the Committee help preserve the dignified memory of victims of the communist dictatorship and demonstrate the effects of the individual and collective traumas on Hungarian society. The committee organizes international meetings, symposia, book launches and publishes scientific papers on the topic. It also brings together students with survivors and victims and sets up exhibitions throughout the year.

Stephen Sholl, our Junior Budapest Fellow focuses on the Education System During the Rákosi Regime and will dig into the subject of ideological indoctrination and how Marxist ideas were taught in public schools in Hungary.  The importance of this particular topic is underlined by recent polling on American Millennials’ fascination with Marxism and, at the same time, the general lack of understanding of the destructive legacy of this ideology among American youth. 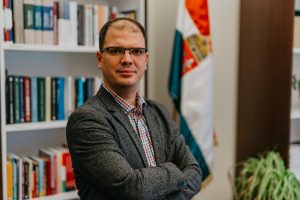 Áron Máthé, Vice-Chairman of the Committee of National Remembrance is guiding Stephen along his research and provides educational opportunities through site visits and continuous mentorship.

“Dr. Máthé has not only surprised me by his kindness and knowledge, but by his eagerness to help me in my research project. I am honored to work with such an accomplished scholar and I know that my mentor-mentee relationship with him will bear significant fruit by the end of my program.” – Stephen Sholl

Mr. Máthé is a sociologist, historian, and researcher, member of the International Society of Gulag Researchers, the National Audiovisual Archive, and Gulag.cz – Virtual Museum. Since 2014, he has been the Vice-Chairman of the Committee of National Remembrance, and put in print multiple publications and books, held numerous national and international conferences, and published the careers of political and military leaders and church persecutors of the 1945–1990 regime, as well as took part in creating several exhibitions.

Mr. Máthé was born in Budapest and graduated from the Faculty of Arts of the Károli Gáspár Reformed University, Budapest in 2001 with an MA in history, and in 2002 from the Department of Sociology at Eötvös Loránd University (ELTE). He holds a Ph.D. in European history from the Doctoral School of History of Pázmány Péter University’s Faculty of Arts.

As curator and head of the research department of the House of Terror Museum in Budapest, he contributed to the creation of permanent and temporary exhibitions as a staff member of the Public Foundation for the Research of History and Society in Central and Eastern Europe. His field of research is the development of the Arrow Cross movement and the period of the Arrow Cross rule.

We asked Mr. Máthé about his role as a mentor to provide you with a glimpse into this important aspect of the program:

How are you guiding Stephen along the way? 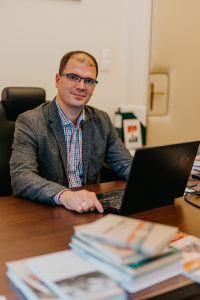 We have weekly meetings where we discuss the books that my mentee has read. In fact, we prepared quite a list for him. Besides his reading, we also take him to locations where history either happened or is memorialized. The latter of course means museums, exhibitions, and memorials, throughout Hungary. I am pleased to say that we were the first to take our mentee outside of Budapest. These excursions give us an excellent opportunity to converse and debate.

What was your first impression of Stephen, and how is working together coming along?

He has a strong drive and is clearly a very dedicated person. Someone who sets a goal and deploys all his energy to accomplish this goal. For me, and my colleagues, it is an honor: we, Hungarians sometimes experience a sense of solitude because of our unique language, complex history, and the last century’s phantoms.

What are the main challenges of Stephen’s research topic, or method?

First of all, it is very difficult to get familiar with a foreign country in depth. Moreover, Hungary is an exceptionally complex country. I think the foremost challenge is the endurance it takes to get introduced to the modern history of Hungary. For someone who was born in a free country, especially in the US, it might be difficult to imagine the Communist dictatorships in Central-Europe.

Why do you think the Budapest Fellowship Program is important, and what makes it different from others of its kind?

For me, it looks like that the Budapest Fellowship is something novel. It is not merely a scholarship or a post-PhD fellowship in a university or research institute. It is a program based upon a complex view of how to enter a country’s life and understand that country’s experience.

← Prev: Leading with Passion and Compassion from the West Coast to Budapest Next: Call for Applications: 2021 Summer Széll Kálmán Public Policy Fellowship →