In September 2020, the  Hungary Foundation together with Mathias Corvinus Collegium (Budapest, Hungary) established the Budapest Fellowship Program, a full-time, fully-funded transatlantic fellowship opportunity in Budapest, Hungary, for young American scholars and professionals. Among the four selected fellows who accepted the commitment of immersing themselves in Hungarian history and culture, we welcome Stephen Sholl, Junior Fellow. Stephen’s host institution for the duration of his Fellowship is Committee of National Remembrance, with the research topic, The United State’s Intelligence Community’s view of Hungary during the Cold War. His mentor to guide him on the journey will be Áron Máthé. 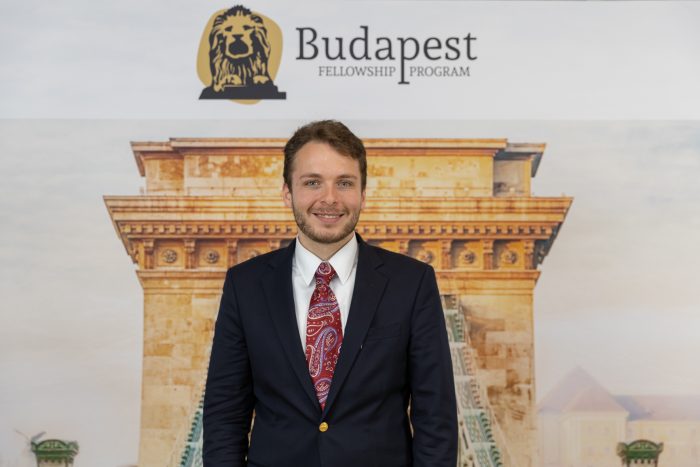 Born outside of Washington, D.C., Stephen grew up in a world saturated by politics. Raised with a deep appreciation for history, Stephen pursued a B.A. in History with a minor in Law and Politics from Freed-Hardeman University in Tennessee. During his undergraduate experience, Stephen became familiar with Europe while studying abroad in Greece and traveling throughout the continent. After earning his degree Stephen used his undergraduate degree to build a career in international relations. 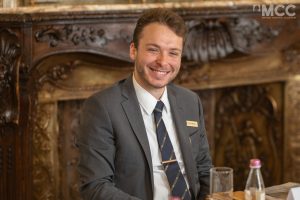 In the Fall of 2018, Stephen began his first master’s program at the Brussels School of International Studies. His experience in Brussels gave him first-hand knowledge of the political landscape of the European Union. It was during his time in Brussels that Stephen became interested in studying and understanding Hungary. Against the backdrop of rising tensions between Budapest and Brussels, Stephen wrote his dissertation on Hungary’s recent traumas, specifically Trianon and the Soviet occupation, as explanatory factors for Hungary’s current foreign policy. Stephen’s dissertation earned him a MA in International Conflict and Security Studies as well as graduating with merit.

Returning to the United States, Stephen continued to build upon both his academic and professional experiences by enrolling in a second master’s program at Virginia Tech’s Washington D.C. campus. His second master’s, a degree in Public and International Affairs, serves as an American supplement to his European degree. Stephen split his time between his academic studies and working at several private think-tanks and non-profits in the D.C. Area.

“I think that the US and Hungary have a lot of things in common both culturally and strategically, they both serve as natural allies of each other. There’s a lot to build on.” – Stephen Sholl

Stephen discovered the Budapest Fellowship Program through events hosted by the Hungarian Embassy in D.C. He believes that this program fits exceptionally well with his previous academic and professional experience. When asked for expectations for this program, he stated

His goal is to serve as an advocate for a positive relationship between the United States and Hungary, one that is free of preconceived notions, biases, and antagonism. Although he is excited about every aspect of this program, Stephen is especially eager to learn the Hungarian language.

Stephen’s mentor is Áron Máthé, historian, sociologist, and vice-chair of the Committee of National Remembrance.

“Stephen is a man of resolve and a staunch opponent of Marxism. He decided to travel to Hungary and has already started his studies to understand our history and our region, Central-Europe. I am excited to work with him and develop a research project of real value.” – Áron Máthé