Balázs Tárnok received this year’s Lőrincz Csaba Award presented by the Kisebbségekért – Pro Minoritate Foundation. The award was founded in 2009 to acknowledge scientists, experts, researchers, writers, and journalists who have shown outstanding activities in the field of foreign or national policy. 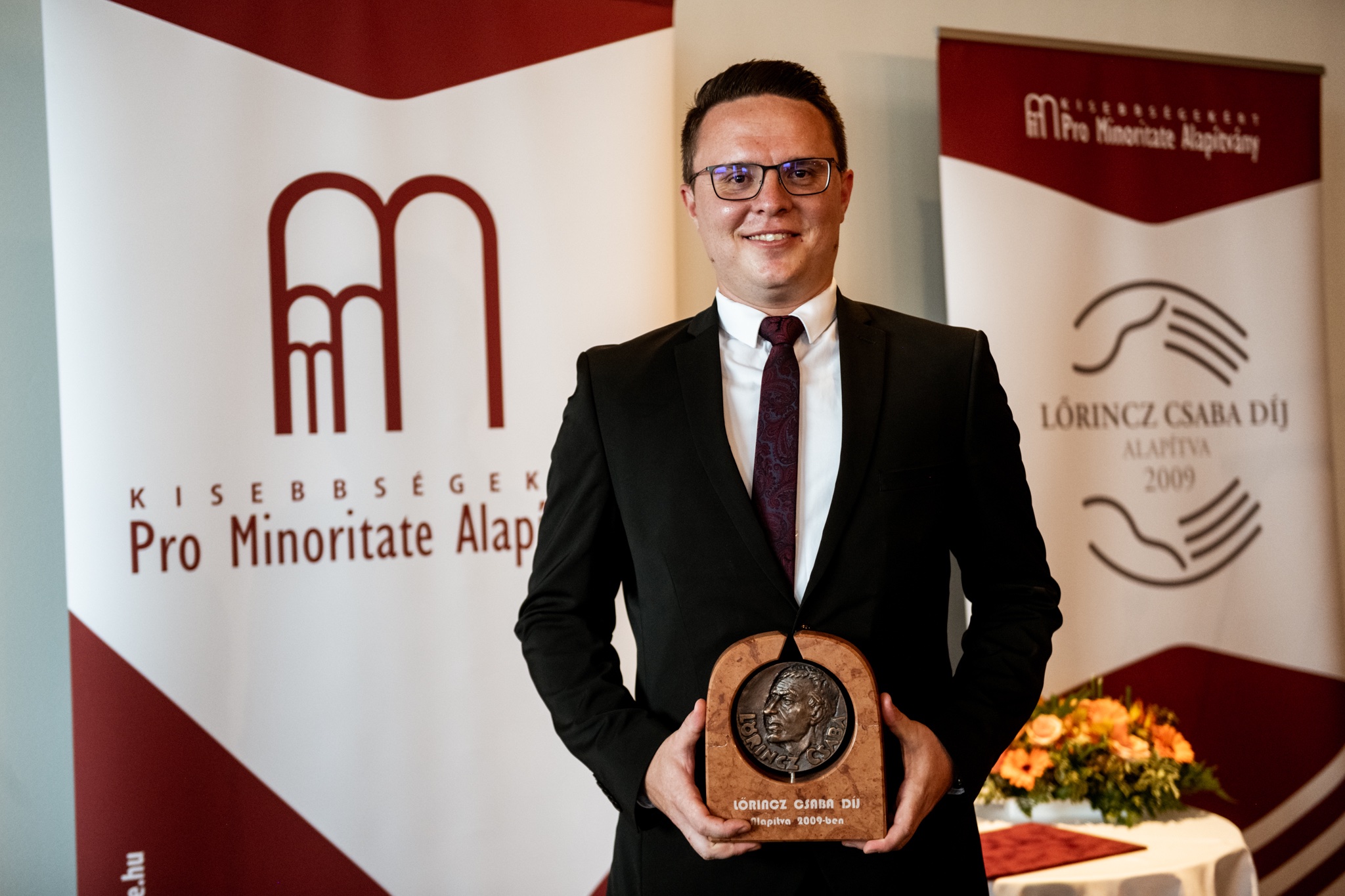 The ceremony was held in Budapest, where Judit Varga minister of justice emphasized the importance of the Hungarian community of Subcarpathia in her opening remarks. The following speeches of Krisztián Forró, president of Szövetség (Alliance), the political party of ethnic Hungarians in Slovakia, Zsolt Németh, president of the Foreign Affairs Committee, and Kinga Gál, a representative at the European Parliament all underlined the significance of the efforts directed towards protecting the rights of Hungarian minorities over our borders.

Balázs Tárnok is a member of the Hungarian community in South Slovakia. This fact has influenced not only his professional career but his commitment to actively participate in public life as well.

Balázs worked in several organizations gaining experience in the field of the protection of the rights and the promotion of the interests of national minorities in the European Union. In 2014/15, he worked as an intern at the Minority Rights Protection Institute in Budapest (Kisebbségi Jogvédő Intézet). In 2016, Balázs became a legal advisor at the Dr. Sobor Law Firm, where he assisted in the court proceedings of the ECI on National Minority Regions at the Court of Justice of the European Union. Since 2017, Balázs has been a legal expert for the Rákóczi Association (Rákóczi Szövetség), one of the biggest culture-oriented Hungarian civil society organizations, and coordinated the Hungarian signature collection campaign of the Minority SafePack ECI. A year later, he was elected Vice-President of the Rákóczi Association, which now boasts of over 31,000 members and more than 600 local branches from not only the Carpathian Basin, but all around the world. He has been working at the State Secretariat for the European Union Relations of the Prime Minister’s Office since 2018. Moreover, as an external expert, he was nominated as a candidate for the 2019 European Parliament elections by the Party of the Hungarian Community in Slovakia.

Since 2018, he is the Vice-President of the Rákóczi Association (Rákóczi Szövetség), one of the biggest culture-oriented Hungarian civil society organizations, an umbrella organization boasting over 31 000 members and more than 600 local branches from the Carpathian Basin and all around the world. Moreover, as an external expert, he was also nominated as a candidate for the 2019 European Parliament elections by the Party of the Hungarian Community in Slovakia. 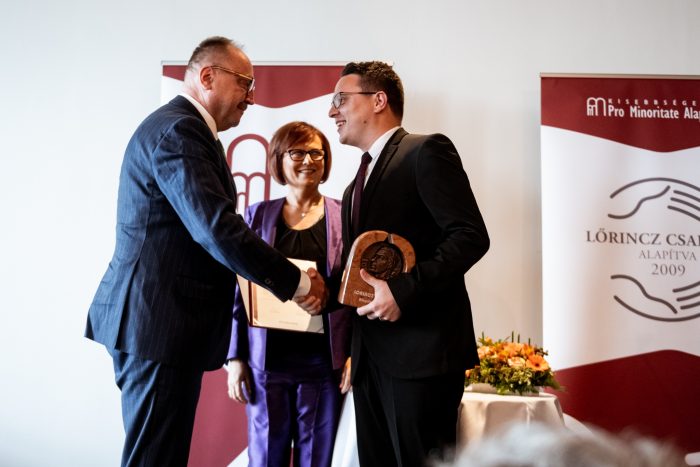 Since July 2019, Balázs is an associate researcher at EUstrat – European Strategy Research Institute of Ludovika-University of Public Service. Balázs’s research at EUstrat focuses on the EU law and policy, participatory democracy, the protection and promotion of the rights and interests of national minorities in the EU, and Central Eastern European regional cooperation. Since June 2022, he is the Managing Director of the Europe Strategy Research Institute. Since May of 2022, he is also the Deputy Director of the National Minorities Training Programme at the Károli Gáspár Interdisciplinary Academy (Károli Gáspár University, Budapest)

Balázs is also a Hungary Foundation Alumnus, he joined the Kellogg Institute for International Studies at the University of Notre Dame as a Post-Graduate Visiting Research Fellow in January 2021.

Congratulations to Balázs for the impressive efforts, and for receiving this prestigious award!

“I look at this recognition as a sign of trust in my efforts in the future, and as motivation to keep up the work that I started. It is also great feedback that the direction I’ve been heading towards for the past few years is a good one from a national policy and strategic aspect. I’ll get back to work, with the best of my abilities, in service of all Hungarians!”  – Balázs Tárnok