Event Summary – Ukrainian Refugees: Report from the Front Lines Panel Discussion Featuring Experts from Both Sides of the Atlantic

On February 24, 2022, Russian President Vladimir Putin launched an invasion of Ukraine; the resulting conflict introduced a large-scale exodus of over 4.9 million Ukrainian refugees seeking solace from the ongoing crisis. On June 15, the Washington-based Center for Immigration Studies (CIS) organized a joint panel with the Hungarian Migration Research Institute (MRI), discussing the impact of the Ukrainian refugee crisis in Europe and in the United States. 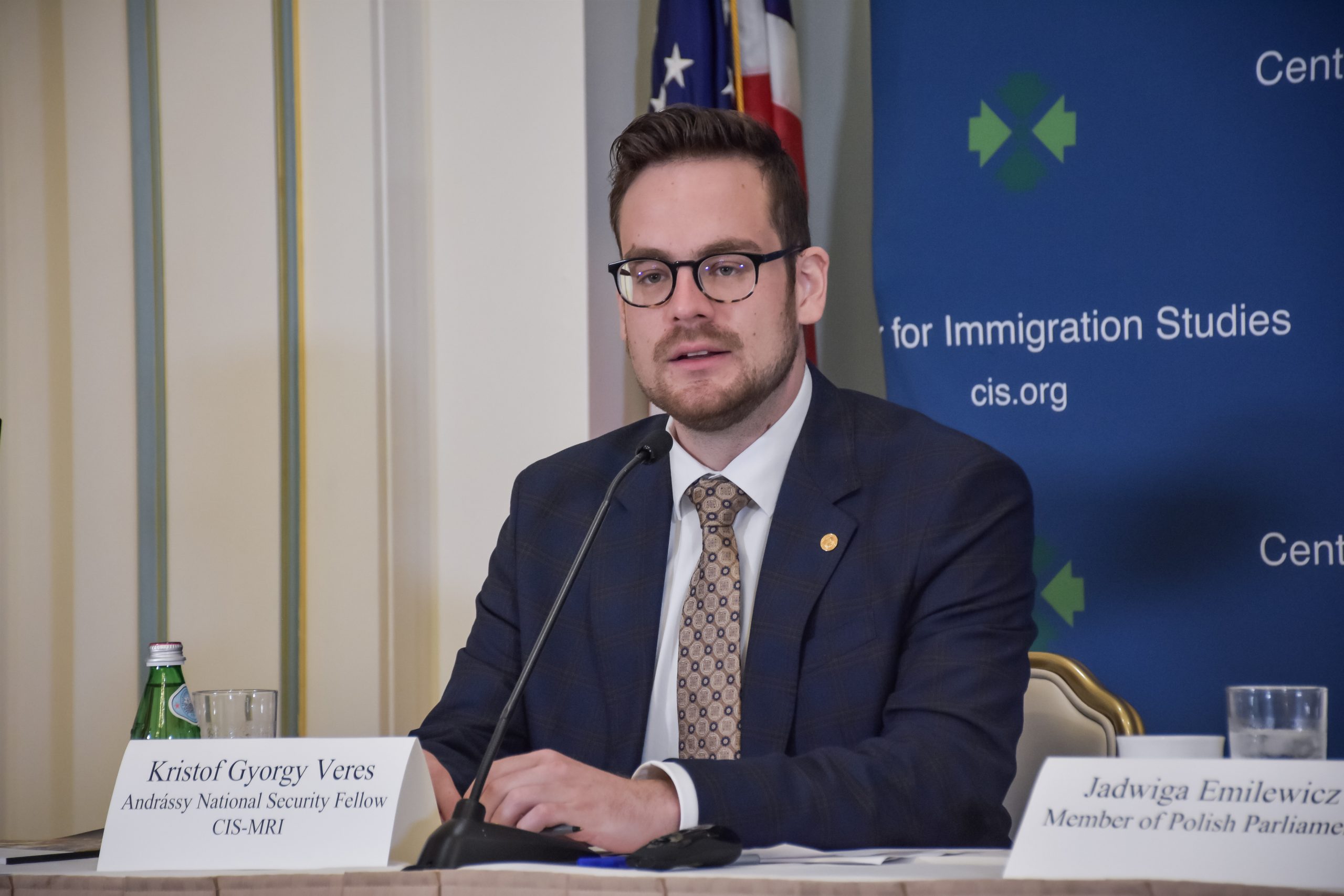 Mark Krikorian, the executive director of CIS, opened up the event by introducing the 4 speakers in attendance: Kristóf Veres, a senior researcher at MRI as well as the Andrássy National Security Fellow at CIS; Jadwiga Emilewicz, a member of the Polish Parliament, former Deputy Prime Minister, and special advisor to the Polish Prime Minister on refugee issues; Mark Vargha, a senior researcher at MRI; and Nayla Rush, a senior researcher at CIS. In an effort to aid those impacted by the “largest present human displacement crisis,” frontline countries – Hungary, Poland, Slovakia, Romania, and Moldova – immediately opened their borders providing a warm welcome to people fleeing the war. The EU’s response, labeled “swift” and “decisive” by Veres, was issued on March 4th, triggering the Temporary Protection Directive, which provides access to housing, social welfare, medical treatment, and education for Ukrainian residents and citizens, without having to struggle through the existing legal asylum-seeking processes. The regulation stipulates that Ukrainians remain in and receive benefits from one of the 27 countries of registration and does not permit either the rescission or annulment of their application forms once submitted.

Following Europe’s lead, the U.S. pledged roughly $5 billion in aid to those fleeing the war, as well as a sponsorship program called “Uniting for Ukraine” for those wishing to seek refuge in the United States. President Joe Biden also granted temporary protected status to Ukrainians already in the U.S. and pledged to resettle 100,000 refugees, noted Nayla Rush assessing the U.S. response to the crisis. 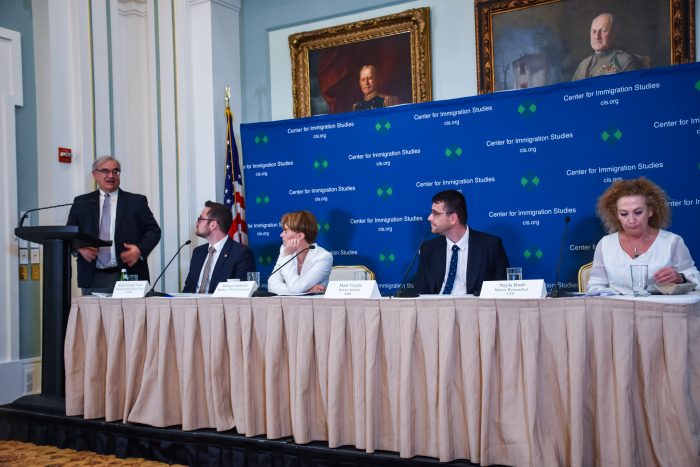 Although it is difficult to differentiate between Ukrainians crossing into frontline EU countries to seek refuge, and between those continuing their journey onwards for aid elsewhere, or those commuting on a regular basis two-and-from bordering countries, the available data gives a rough estimate of the magnitude of the crisis. Based on Veres’ analysis, Poland leads the way in its refugee population with an estimated 1.1 million, followed by Germany at 780,000, the Czech Republic at 360,000, Hungary at roughly 120,000, Romania at 90,000, and finally, Slovakia at 78,000. Due to Ukraine’s prohibition on men aged 18-60 from leaving the country, the overwhelming majority of refugees are women, children, and the elderly.

Veres highlighted that the Hungarian response to the refugee crisis as a transit country mainly focused on providing temporary care to refugees crossing through. “… [the Hungarian government] distributed a large amount of funds among refugee NGOs, and they also took the role to coordinate their activities…to maximize the efficiency of these resources and to avoid duplications of the efforts of NGOs.” In addition, Hungarian-Ukrainian border crossings have been open 24/7, offering medical care provided largely by Hungary’s National Health Care Reserve.

Jadwiga Emilewicz subsequently presented her data on the exponentially increasing influx of people crossing through the Polish border. A large-scale survey of approximately 8,000 refugees was carried out in conjunction with the Polish Prime Minister’s Office and the Ukrainian Embassy after the onset of the Russian invasion. The results corroborate Veres’ analysis on migrants’ gender, indicating a whopping 96% being women, 69% traveling with children. Other factors studied included age, method of transportation, financial necessities, educational obstacles, and the number of Ukrainians residing in Poland before the onset of the conflict.

Finally, Mark Vargha demonstrated his practical assessment of the reality of the crisis during his time spent at crossing points and reception centers in Romania and Moldova. The invited panelists’ transparent assessments of not only the Russian-Ukrainian war but also its detrimental effects informed those in attendance about the severity of the situation at hand.