Shaped and Inspired by the Bustling Metropolis

Noémi and Máté‘s story is truly an incredible one. Two accomplished filmmakers, who fell in love with the same artform, and then fell in love with each other. We’re proud to follow up with the happy couple, now married, with big projects in the present, and even bigger plans for the future. 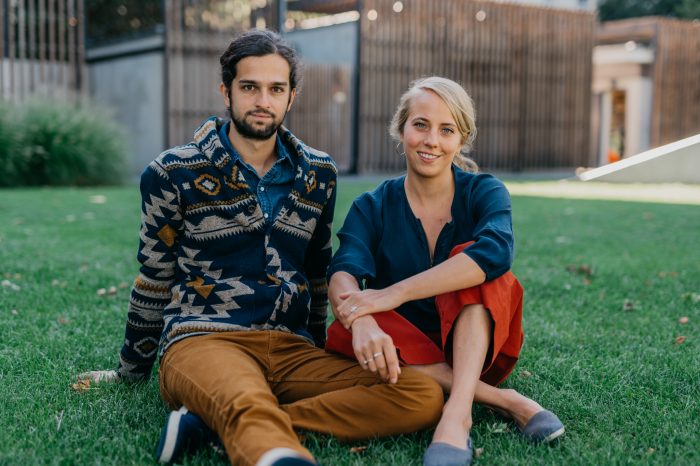 Noémi Veronika Szakonyi is a freelance film director and producer who earned both a Bachelor’s and a Master’s degree in International Relations from Corvinus University of Budapest.  She graduated in 2011 from the Beijing Film Academy. After leaving China, she applied to the University of Theatre and Film Arts Budapest for the directing documentaries Master course. She graduated in July 2015 with an animated documentary. At the end of 2014, Noémi co-founded Match Frame Productions with one of her classmates to support young Hungarian filmmakers. The film production company has become a place where young filmmakers can exchange ideas and apply for Hungarian and international grants. She is also a Sundance Documentary Film Program grantee, thanks to her first feature-length documentary, which received a development grant from the Sundance Institute. Noémi pursued her Master of Fine Arts degree in filmmaking at New York University Tisch School of the Arts with assistance from HIF’s graduate scholarship program in 2018.

Máté Vincze is a freelance filmmaker, who graduated from the University of Theatre and Film Arts Budapest in 2012. The hands-on courses taught him not only the theoretical part of communication and video production but also ways to combine his storytelling ambitions with the world of digital media. He quickly fell in love with documentaries and continued his studies in the Directing Documentaries M.A. program. Máté has a Master’s Degree in Filmmaking from the New York University (NYU) Tisch School of Arts. He received the HIF Graduate Scholarship for Fall 2017 and Spring 2018 to support him in completing the program.

Noémi and Máté decided to join forces for this interview. This is what they have been up to since their HIF experience.

Where are you on your career path now?

Noémi: Currently, I spend most of my time producing social issue-driven documentaries, writing my first feature script Bite Into the Soul and another one with Máté, titled Six Weeks. I also work on my feature documentary, Afterglow.

Máté: I have completed all my classes at NYU, so I can finally focus on my thesis film that I intend to shoot next spring in Hungary. After the production, I plan to return to New York to do all the post-production while I keep filming my first feature documentary about international adoption. 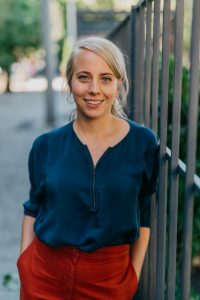 Which achievements are you most proud of since we met?

Noémi: I am proud of our boutique production company, Match Frame Productions, and all of the projects we work on. The first feature documentary we co-produced, Her Mothers premiered at the prestigious Hot Docs Canadian International Documentary Festival online this May. The project was supported by HBO Europe and the Sundance Institute. My short film, Magic Whistle was nominated for the best short film award at the Hungarian Film Week and my first feature narrative script, Bite Into the Soul has been selected for the second round of consideration for Sundance Institute’s 2021 Development Track.

Máté: I have worked on different types of projects in New York which made me a better team player and a confident leader. I also became a graduate associate at the university, where I assisted professors closely during and outside their classes which introduced me to a different aspect of the learning experience and taught me how teaching could impact students’ work in so many different ways. I also got to teach editing to first year students that I really enjoyed and I also helped to organize the official Grad Film graduation ceremony which came with many responsibilities.

How did your experience with HIF in the US help you reach your goals?

Noémi: I am extremely grateful for HIF for providing generous support for my studies at NYU Tisch School of the Arts.

“Living and learning in New York allowed me to have a broader, complex perspective on art, everyday life, different cultures, and even myself. This experience contributed tremendously to make my first steps in the field of narrative filmmaking and helped me to thoroughly define my career path.” – Noémi Szakonyi

Máté: Completing the semesters, having the ability to create, connect and work together with my fellow classmates, along with the mentoring of award-winning filmmakers was a long-awaited dream come true.

What struggles/challenges did you have to overcome to reach/move closer to your goals?

Noémi: Living in New York City is a wonderful experience, but it can be overwhelming as well. The city is filled with inspiration, creative vibes, fantastic opportunities, exciting events and a constant “information noise”.  Although it keeps you awake and sensitive, sometimes I found it hard to focus, because my attention was shifting and I merged myself in multiple things at the same time. I had to gradually learn how to focus and become the master of my own time by keeping a strict schedule and getting deeply involved with only one thing at a time. That enormously helps my creative process for example when I am writing a script. 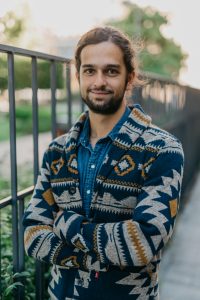 Máté: For me, the biggest challenge was to set up and maintain a new daily routine in order to write my first feature film script in such a bustling metropolis. That meant waking up at 5:30 AM during weekdays when everything was fairly quiet to get the daily writing done. Since then, I find mornings way more productive than before.

What impact did your US experience have on your overall journey?

Noémi: Having studied from great professors with a class full of devoted, gifted artists in one of the best film schools around the world and living in a captivating, diverse city had a transformative effect on me. Besides becoming more persistent, open-minded and open-hearted, I started to write my first feature narrative, which is set and heavily inspired by my experiences in New York City.

“Being able to study in the United States was an eye-opening experience, I have learned and acquired skills that shaped me as a director and I also got to value diversity way more than ever before which I believe is crucial in our profession.” – Máté Vincze

What are your plans for the future?

Noémi: We continue working on Máté’s thesis film, our first feature narratives, and finish our first documentaries while building our company in Hungary. We would like to commute between Budapest and New York in the future and have a career which allows us to work in both countries, as artists. On a personal level, we would like to start a family soon.

What words of advice do you have for future recruits?

Noémi: Be brave, experiment, and socialize with elderly people. I had the pleasure to come to know one of my best friends, a 94-year-old lady in New York. I learned a great deal from her about life, the history of the United States, the city itself, art, people and much more. Some of the best, eye-opening conversations I engaged in was on her small balcony on the Upper East Side.

Máté: I would advise everyone to be ready to get out of your comfort zone and embrace every detail and aspect of your stay as it can have a positive, transformative effect on your personality.

Máté: Christopher Vogler’s The Writer’s Journey helped me tremendously during the writing process, so I would really recommend that, but some of the books that are currently on my reading list are: Gabriela Adameșteanu’s Wasted Morning, William Faulkner’s The Sound and the Fury, Steven Pinker’s The Better Angels of Our Nature.