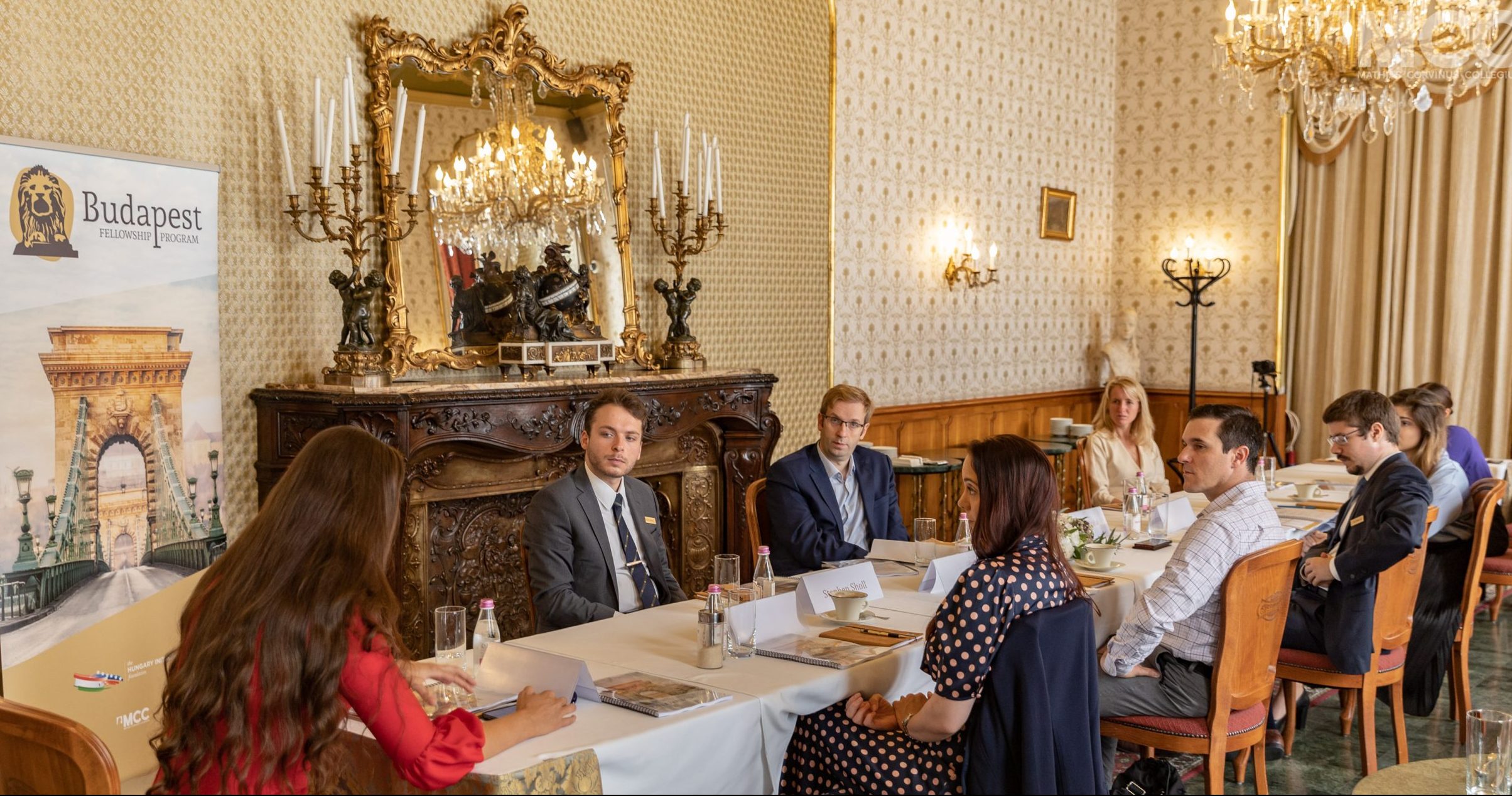 Together with Mathias Corvinus Collegium (MCC), we kicked off the orientation week of the Budapest Fellowship Program at the iconic Gerbeaud House, in Budapest. The four selected fellows, Nicole Nemeth, Ryan Brockhaus, Stephen Sholl, and George Bogden are starting their ten-month long journey to immerse themselves in Central and Eastern European and specifically, Hungarian history and culture. 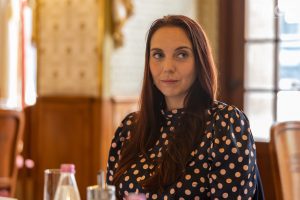 The excitement and dedication of these four American young professionals was rewarding to see. “You have made a serious commitment to challenge yourself culturally, to try yourself out in different roles professionally, to engage in a serious study of a topic you have chosen, and to immerse yourself in the learning one of the hardest languages in the world.” – said HIF Executive Director Anna Smith Lacey in her opening remarks welcoming the fellows.

The Orientation Day reviewed the program’s goals, performance benchmarks and unique features. At the opening day’s press conference Dr. Balázs Orbán, Chairman of the Board of MCC and Anna Smith Lacey introduced the program to the general public sharing the two organizations’ long term goals behind the initiative:

“This program carries a strategic significance from a cultural diplomacy standpoint” – Balázs Orbán, MCC Chairman of the Board.

During the next ten months, the fellows will be conducting their own individual research at four Hungarian host institutions: the Committee of National Remembrance, at the Danube Institute, at Ludovika – University of Public Service, and at Nemzetpolitikai Kutatóintézet, while taking intense Hungarian language classes, attending Hungarian film screenings, book discussions, working lunches, and site visits, and participating in seminars on Hungarian history, foreign policy, and political thought.

“Our goal is to establish a group of young American opinion-leaders, who understand the essence and spirit of Hungary, and who will shape the future of US-Hungary relations” – said Anna Smith Lacey, HIF Executive Director

The Budapest Fellows will also visit significant sites and cities around the country and get connected with the Hungarian speaking communities in the Carpathian Basin. Later on, the fellows will be integrated into the entire educational and think tank portfolio of Mathias Corvinus Collegium (MCC) and will be teaching workshops, classes and will have the opportunity to participate in MCC’s wide variety of public events. 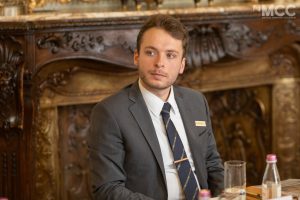 Following the opening orientation day, the fellows took a deep dive into their Foundations Program straight away. The first few days included day-long seminars on Hungarian history and culture from the Hungarian Settlement to the two World Wars.

Nicole, Ryan, and Stephen had a chance to spend a day and a half in Hungarian Parliament where they learned about early Hungarian parliamentary traditions, visited the Parliament’s permanent exhibitions, and the recently opened temporary exhibit on the life and legacy of István Tisza, and viewed memorials of significant importance around Kossuth Square.

The fellows also visited the World War I Exhibit at the Várkert Bazár where they focused on Hungary during the belle époque and the country’s transition into World War I.

“I think that the US and Hungary have a lot of things in common both culturally and strategically, they both serve as natural allies of each other. There’s a lot to build on.” – Stephen Sholl

Ludovika – Public Service University, an outstanding partner of the Budapest Fellowship Program gave a home to the Foundation Program’s last day, where the fellows participated in seminars on the aftermath of World War I and the interwar period, Trianon’s legacy, and on US-Hungary relations by the field’s most reputable historians. 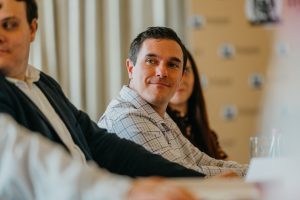 The week ended on a Danube boat cruise where family members of the fellows also had a chance to get to know the Program’s mission and the Budapest Fellowship Program and MCC staff, and to enjoy gorgeous nighttime views of the city.

“I expect to get a better understanding of Hungary in general, and this Program will lead us in this direction. Also, in order to focus on our research topics, this program will certainly provide the necessary tools to be able to do our best.” – Ryan Brockhaus

As these four exceptional individuals embark on their journey in Hungary, we’ll keep you updated on their progress, publications and events they will host.

To check out the press coverage of the program, visit Mandiner, Népszava, Origo, 168 Óra, or in English by Daily News Hungary to name a few. Karc FM featured a live interview about the program with Anna Smith Lacey.

Thank you to our partners who helped launch this new initiative: Zoltán Szalai, Péter Lánczi, Dóra Szűcs, and Fanni Surjányi at Mathias Corvinus Collegium. To Klára Breuer, Balázs Tárnok for hosting the Program at Ludovika – University of Public Service.

We are glad to be working with a set of outstanding mentors for the fellows: Zoltán Kántor, Áron Máthé, Balázs Mártonffy, and István Kiss.

And thank you to Orsolya Domaniczky for spotlighting Budapest’s classical architectural heritage with a wonderful historical tour of the inner city.

The fellows discussing the upcoming programs

Dóra Szűcs with our BFP Intern

Anna Smith Lacey, HIF Executive Director, and Dr. Balázs Orbán, Chairman of the Board at MCC at the press conference.

On top of the St. Stephen’s Basilica

Guided tour through the streets of Budapest by Orsolya Domaniczky

The fellows are embarking on their journey in Budapest

Day 2 – The Fellows visiting the Parliament, and surrounding monuments

The fellows together in the Parliament

Guided tour by the Parliament staff

The fellows visited the Batthyány örökmécses

Day 3 – Exhibits, and memorials of significant importance around Kossuth Square and Várkert Bazár

Guided tour around the Kossuth Square

Listening to the history behind the buildings and monuments

The fellows visiting the Trianon Memorial

Trianon Memorial at the Kossuth Square

Conclusion of the day at Aranyszarvas Restaurant

The group of fellows at Ludovika

Safety first at Ludovika as well

Dinner boat cruise on the Danube

Ryan Brockhaus and his Family