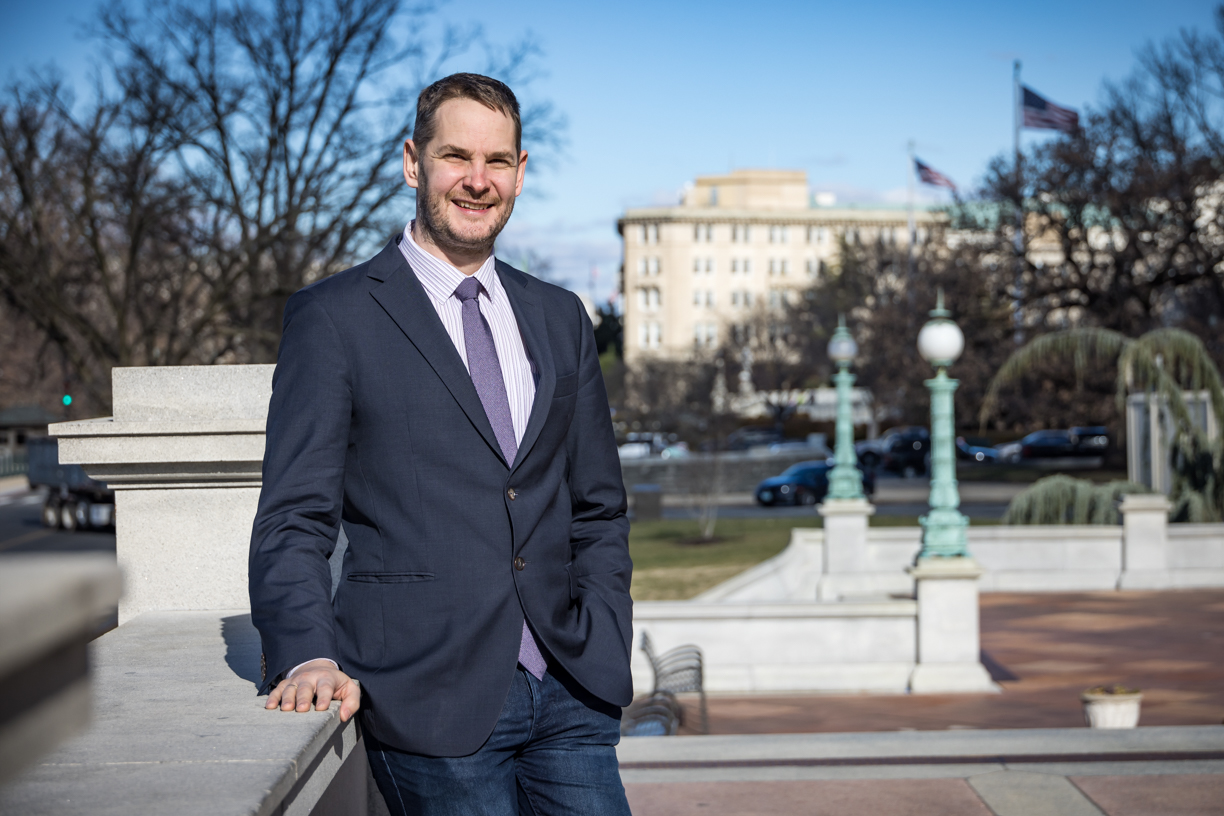 Viktor Marsai arrived in Washington, D.C. with his family in early January 2023 as an Andrássy National Security Fellow to conduct research at the Center for Immigration Studies. His research is focusing on the comparative analysis of the American and European migration policies and the role of gatekeeper countries to mitigate the flow of illegal mass migration.

Viktor obtained his first master’s degree in history and aesthetics in 2008 at the Faculty of Humanities of Eötvös Loránd University (ELU). Two years later, he earned his second degree in security and defense studies from the Miklós Zrínyi National Defense University. In the meantime, he started his Ph.D. studies at the ELU Doctoral School of Modern History, and defended his dissertation, which examined the Somali state building after decolonization, in 2014.

From 2010-2011, Viktor worked for the Hungarian Ministry of Defense. Since 2012, he has been working for the University of Public Service, first as a junior lecturer, later as an assistant professor, and now as an associate professor. In 2017, he won the János Bolyai Research Scholarship of the Hungarian Academy of Sciences. He also got a position at the Budapest-based Migration Research Institute (MRI) in 2017. He became the research director of MRI in 2019, and director in 2022. His main research areas focus on the migration trends of the African continent, African migration toward Europe, and the security aspects of migration. He is the author of three books and more than 160 book chapters and papers in academics, including Q-ranking journals.

Since 2012, Viktor has been traveling regularly to Africa for teaching, conferences, field trips, and research. He has already visited Cameroon, Egypt, Ethiopia, Kenya, Libya, Mali, Somalia, Tunisia, and Uganda. In the framework of mobility agreements, he delivers classes at Kenyatta University, Nairobi, and the Ethiopian Civil Service University, Addis Ababa.

Viktor has always been interested to come to the United States for a longer stay to increase his academic knowledge and networking. Yet, after his travels into conflict zones, it was not always easy.

But spending an extended time in the US was not only his personal wish. African and migration studies have important centers in America, and their experiences and knowledge are extremely important for a better understanding of certain topics.

,,In the last years, I dealt a lot with American influence in Africa, both in migration and security patterns. Furthermore, I could also observe the similarities, and some extent, the differences between the European and the American illegal mass migration crises. Therefore, spending five months with the Center for Immigration Studies as an Andrássy Fellow to study US policies is one of the greatest opportunities of my life.” – Viktor Marsai

During his Andrássy Fellowship, Viktor will be working on the comparative analysis of the American and European migration policies and the role of gatekeeper countries to mitigate the flow of illegal mass migration.

“My hypothesis is that because of historical reasons, Europe maintains much closer cooperation with its neighborhood which significantly helps reduce the number of illegal arrivals. It not only stems from its colonial past but also from the experiences of the last centuries when foreign invaders – Huns, Germans, Vikings, Hungarians, Mongols, Turks, Soviets – arrived from the outside world. The United States, if it wants to reduce the number of irregular arrivals, has to concentrate more on the collaboration with gatekeeper countries.” – Viktor Marsai

The Andrássy National Security Fellowship is a ten-month fellowship program aimed at cultivating the next generation of Hungarian strategic thinkers committed to strengthening ties between Hungary and the United States.

During their time in Washington, Andrássy Fellows will work with DC area experts and scholars to conduct independent research closely coordinated with analytical programs.