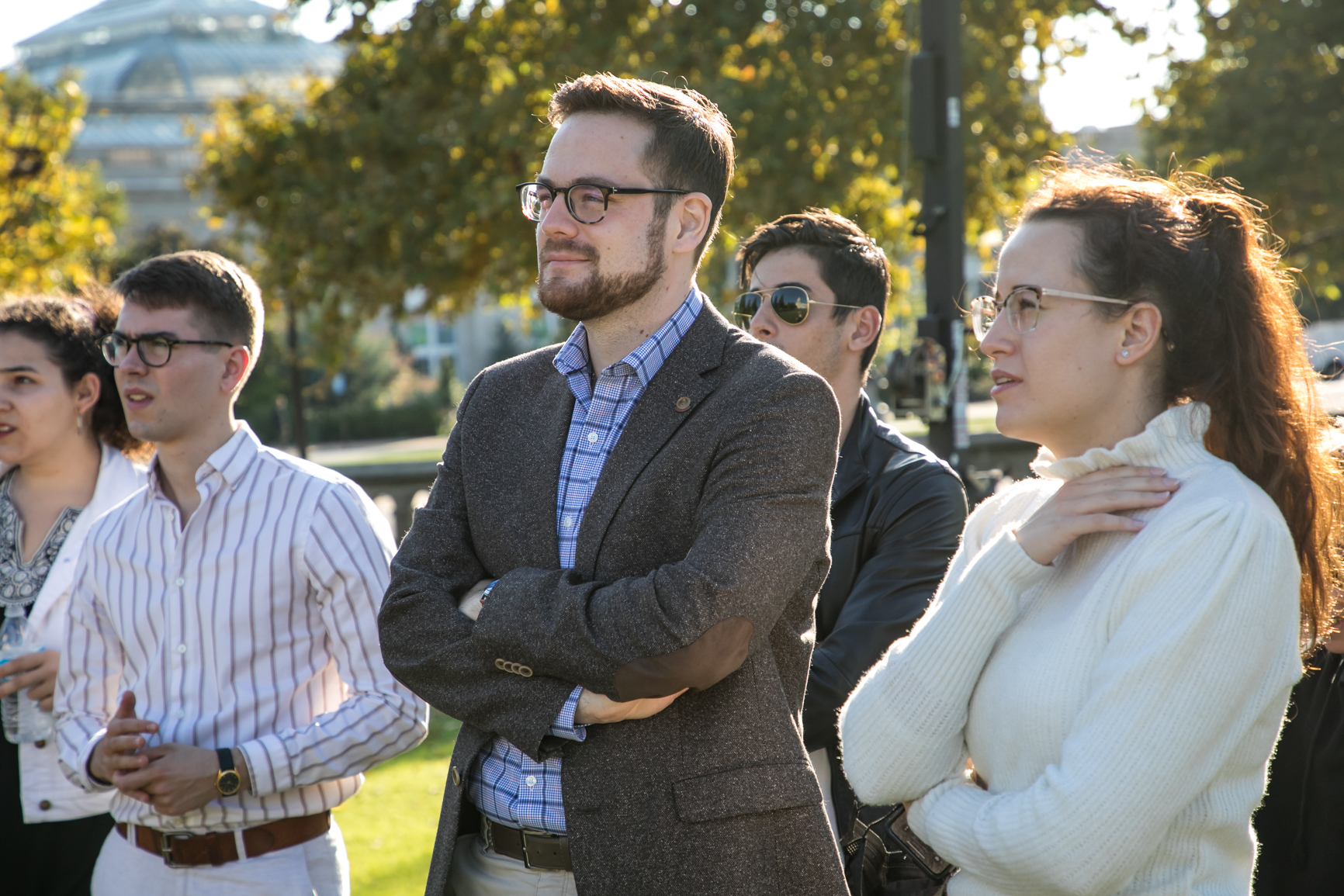 Quote: “Apart from climate change, mass migration is the single greatest challenge that modern societies face in the 21st century. It keeps you up at night because there is no simple solution that could be universally applied for this complex phenomenon. That’s exactly why modern mass migration is an attractive field of research for me.”

Kristóf obtained his Philologist in history (BA) diploma in 2014 at the Faculty of Humanities of Eötvös Loránd University. The same year he enrolled in the archivist MA program and joined the History Workshop of Eötvös József Collegium. In 2015 he won the early medieval Hungarian history section of the National Scientific Students’ Associations Conference. After graduating at the master’s level in 2016, he continued his studies at the Auxiliary Sciences of History Ph.D. program as a Hungarian state scholarship holder.

After years of volunteer work, in August 2017 the college of curators of the Trefort-kert Foundation elected him to become the secretary of the institution. His duties included administering and coordinating the day-to-day operation of the Foundation, but also drafting the yearly budget as well as long-term financial and operational planning.

The Center for Immigration Studies is an independent, non-partisan, non-profit, research organization. Since our founding in 1985 by Otis Graham Jr., they have pursued a single mission – providing immigration policymakers, the academic community, news media, and concerned citizens with reliable information about the social, economic, environmental, security, and fiscal consequences of legal and illegal immigration into the United States. Our staff has testified before Congress over 130 times.

They are the nation’s only think tank devoted exclusively to the research of U.S. immigration policy to inform policymakers and the public about immigration’s far-reaching impact. The Center is animated by a unique pro-immigrant, low-immigration vision which seeks fewer immigrants but a warmer welcome for those admitted.