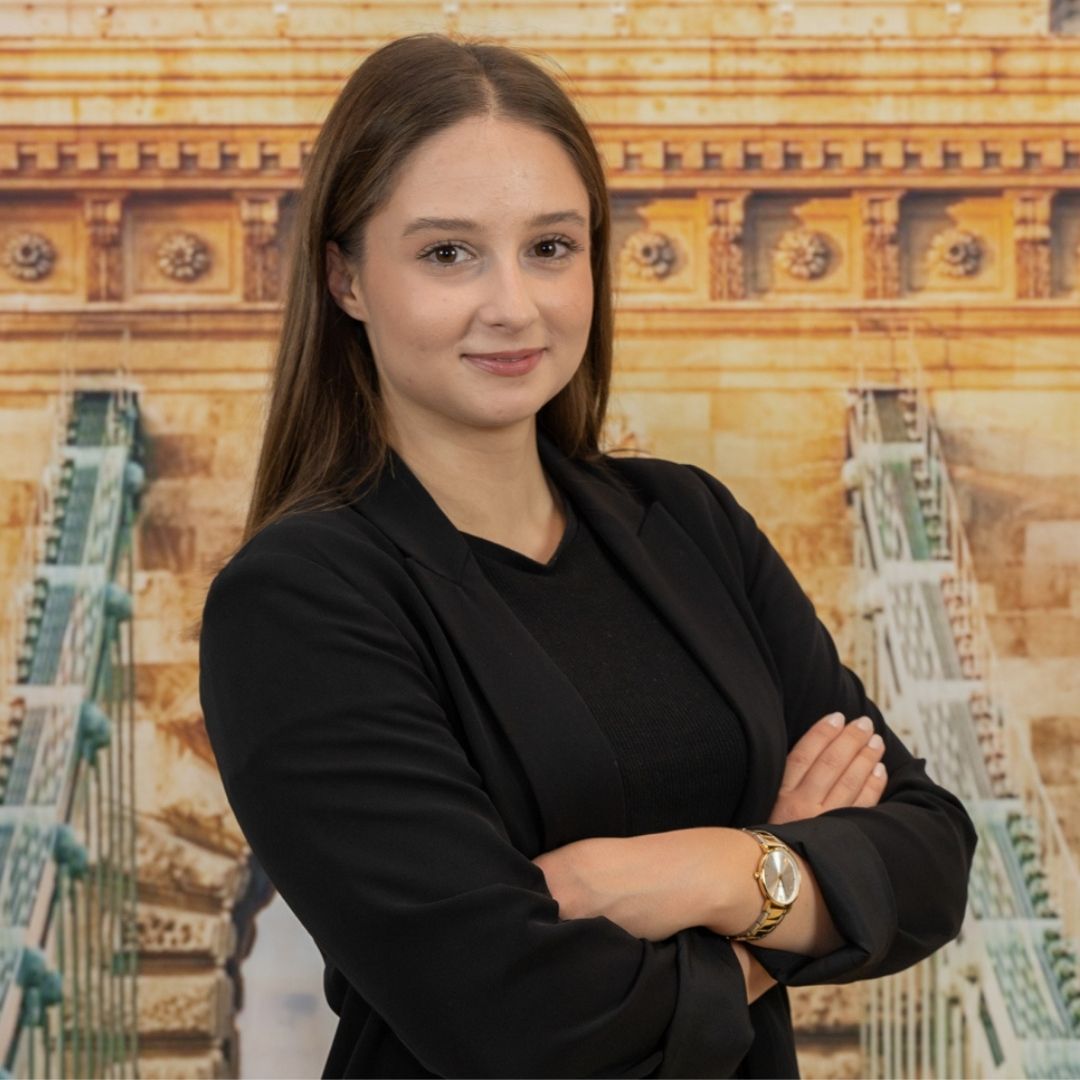 Quote: “With the help of the Budapest Fellowship Program, one can not just develop professionally and personally, but can also kickstart a professional career, and last but not least, one can help in building bridges between our region – specifically talking about Hungary – and the United States, which is quite unique.”

During her high school years, Iza was already interested in multiple disciplines – IR, social sciences and politics, just to name a few – so she took the opportunity and applied to Mathias Corvinus Collegium’s (MCC) Secondary School Program. While at university, she remained a student at MCC where she first concluded the Junior Program, then the Faculty of Central Europe, and now she is a member of the Leadership Academy that MCC offers.

During her time as a BA student in IR, Iza – as an intern – contributed to the work of the Danube Institute and the Institute for Foreign Affairs and Trade (IFAT) in Hungary. The fields she was mainly focusing on at both institutions were either in connection with Central Europe or with the Anglo Saxon countries. She also contributed to the work of Takarékbank Zrt. through a scholarship program offered by Takarékbank itself. Her interest in international relations, international economic relations, diplomacy and politics led her to choose not just her field of study but her field and place of work too: she is currently working at the Budapest based think-tank, Danube Institute. Besides work and university, she also had the chance to challenge and develop her skills by taking part in various student projects – for example organizing theme-oriented summer schools for youngsters from all around the world or competitions for high school students.

Being an MCC student led her to HIF and specifically to the Budapest Fellowship Program also, and soon she realized the great opportunity and potential that is actually in it.

Mathias Corvinus Collegium is an extracurricular educational institution and knowledge center in Hungary with an outstanding reputation for its academic excellence. With more than twenty years of experience in talent promotion, MCC aims to educate well-prepared intellectuals with critical thinking who are also able to responsibly address the challenges of our time. MCC Research is the “university think tank” of the Collegium which aspires to elaborate on relevant yet socially divisive topics while communicating them for the public applying clear and plain language in a thoughtful, logical manner.