Zoltán Fehér is pursuing a PhD in International Relations at The Fletcher School of Law and Diplomacy at Tufts University. Zoltán has received an HIF scholarship to assist him in completing the program.

Zoltán was born and raised in Budapest, Hungary. He started his international career early, when he won the AYUSA Scholarship to study in the United States and spent a wonderful year at Montgomery High School in Santa Rosa, California. Here, Zoltán says he “genuinely fell in love with America and American people.”

Inspired by his studies in the United States and the democratization process in Hungary, Zoltán went to Eötvös Loránd University to study American Studies and Political Science, where he graduated with Master of Arts degrees in both in 2002. He then went on to earn a Law degree from Pázmány Catholic University in 2004.

As a Kellner Scholar, Zoltán spent a year studying at Bard College in upstate New York, focusing on Foreign Policy and International Relations. He was there when September 11 happened, and this, together with his studies, solidified his intention of becoming a diplomat.

Zoltán joined the Hungarian foreign service in 2002 and worked as a career diplomat for 12 years. He was posted in Washington DC between 2005-2009, where he worked as a foreign policy analyst as well as the Embassy’s “chief creative officer.” Zoltán was also the liaison to the Hungarian American community and the coordinator of the commemorations of the 50th anniversary of the 1956 Revolution. 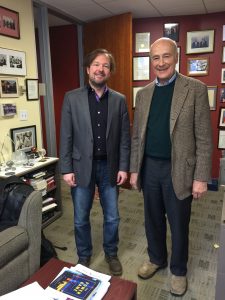 In 2011, Zoltán became Deputy Chief of Mission in Ankara, Turkey, where he was exposed to a wonderfully complex culture and society. He was there for the first 3 years of the Syrian conflict, covering this bloody war from the perspective of foreign policy, security and humanitarian issues.

In 2015, he was admitted to the Mid-Career Master in Public Administration program at Harvard University’s Kennedy School of Government as a Mason Fellow and Vali Scholar. He studied with intellectual giants like Joseph Nye, Stephen Walt, R. Nicholas Burns, and Niall Ferguson.

“Throughout my diplomatic career, I always had the dream to one day get a PhD in International Relations and use all my real-world diplomatic experience for a better understanding of our world around us. I always wanted to get my PhD at Fletcher because it is one of the top ranked schools in international relations and because it combines academic rigor and policy relevance.”

It was at Harvard that Zoltán decided to finally make this leap from the practical side of international relations (diplomacy) to its intellectual-analytic side (academia) and pursue his PhD at The Fletcher School of Law and Diplomacy. 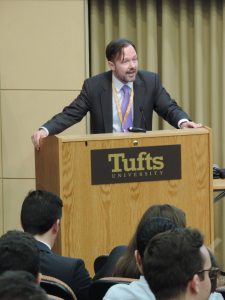 At Fletcher, he is working with some of the stars of the field, Professors Robert Pfaltzgraff, Richard Shultz and Monica Toft, on a dissertation focusing on the geopolitics of U.S. grand strategy.

“I have dedicated most of my professional career to bringing Hungary and the United States, as well as Europe at large and the United States, closer together…I have sought to shrink the “Atlantic” gap between our continents and our peoples. I want to continue contributing to this through a better understanding of the strategic issues affecting America and Europe in my research and analysis.”

For his project relating to Hungary, Zoltán would like to commemorate the anniversary of the 1956 Hungarian Revolution in October 2018 with a presentation about the revolution and the terrible repression of the Communist system before and after the crushed revolution. Very much in line with the idea of his former professors Graham Allison and Niall Ferguson about applied history, he believes that the knowledge of history is essential for understanding today’s world and tackling the global challenges of our age.

“I have now spent 10 years in the United States and have come to understand the role Hungarians have played in this country quite well. It is a role I am extremely proud of.”