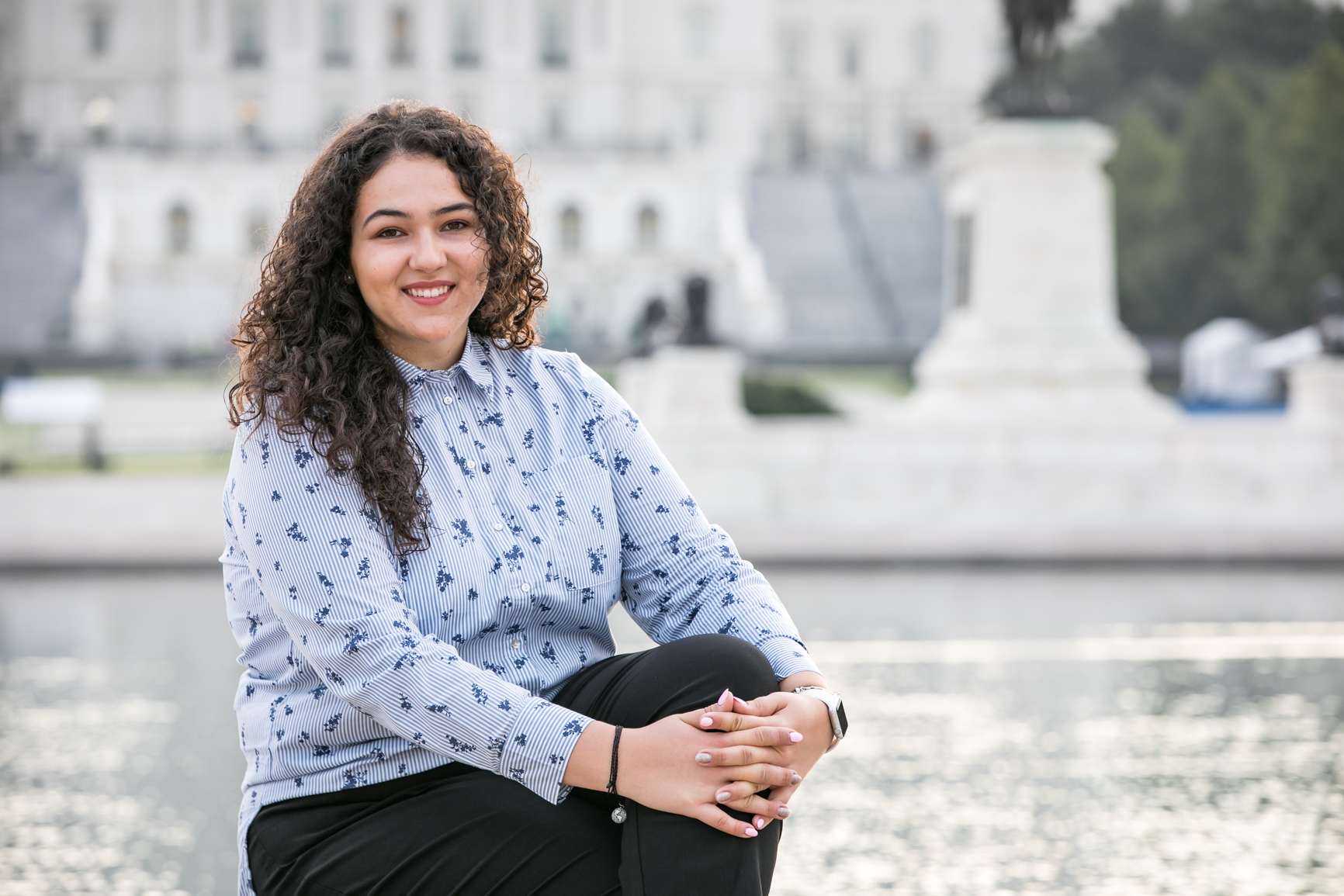 Csenge is a 2021 Széll Kálmán Fellow for the Fall Semester, where she is spending 3 months in Washington DC learning about policies, the American Constitution, history, and culture. She participates in the Public Policy & Leadership program, organized by the Fund for American Studies (TFAS).

Within this program, she follows lectures at George Mason University on Economics, Public Policy, and Press, and guest lectures on Government and Leadership organized by The Ronald Reagan Presidential Foundation and Institute (RRI).

“We have to follow 7 hours of lectures per week and there are guest speakers coming to share their experiences and lessons. We go to different museums almost every week. Even though it is intense, I’m glad we are offered so many programs, otherwise we couldn’t see so many places and get to know esablished professionals. “ – Csenge Savanya

She spends the rest of her time interning, spread between The Madison Coalition and the Hungary Foundation. At The Madison Coalition, she represents the organization at various conferences and events, building a network of young leaders and supporters for the grassroots movement.

“I did not have any political experience before starting at Keep Nine, but my supervisors teach me a lot so I can support this extremely important case. I must learn to talk to both Republican and Democrat citizens, who are well informed about American politics, professionals, students and to people who have never heard of the issue. It is a real challenge which makes me grow exponentially. “ – Csenge Savanya

At HF she takes care of the HuGo app content and its social media posts.

“I found out that the level of individualism is a huge difference between Americans and Hungarians. This factor causes beautiful differences and so much room to learn. I love the openness Americans receive me with and the amount of interest they show for Hungary.” – Csenge Savanya

Csenge originally comes from Kiskunhalas, and she moved to Budapest when started studying Human Resources at the Corvinus University of Budapest. She specializes in leadership development and intercultural learning. She started her experiential learning journey at AFS Hungary in 2014, where she prepared high-school students for living abroad for 3-11 months. She went on her cultural exchange year in Mexico in 2015. Therefore, she is fluent in Spanish and English. Before graduating high school, she lived a summer in Italy and learned the Italian language too. During her bachelor’s, she spent a semester at the University Torcuato di Tella in Buenos Aires. With this intercultural background, she decided she wanted to learn about the United States of America via a personal, lively, and culturally deep experience, which the Hungary Foundation granted her.

Stepping forward on the path of experiential training, in 2018 she started to do horse-assisted leadership development training sessions together with her uncle and his nine horses. She is just 22 years old, but she feels that she found her passion in leadership and helping people become better leaders. Therefore, her goal in Washington DC is to learn about the American style of leading and implementing the best practices in developing leaders in Hungary.

She was one of the nine members of the Young Hungarian Leaders Program (YHLP) 2021, where the team had the chance to meet professionals in the American political field and government, leaders, and scholars.

“Without the YHLP week, it would have been difficult to understand the United States of America, coming from a completely different culture. We talked about the most crucial moments, the success, and the failures stories as well. I got to work with a wonderful and extraordinary team, thanks to the brilliant staff of the Hungary Foundation.” – Csenge Savanya