Mátyás Mervay is a History PhD candidate at New York University (NYU) in East Asian and Central European fields, where he has successfully completed the first academic year of his doctorate program. He received financial assistance from The Hungary Foundation (HIF) during the Spring semester 2018 to ease the beginning of his US studies. 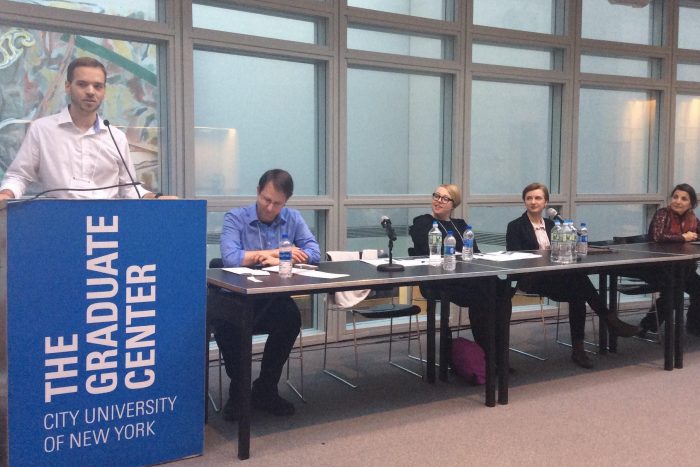 Mátyás was enrolled in three courses during his most recent semester, all of which were completed fulfilling the assigned requirements. ‘Approaches to Historical Research and Writing II’ was a class designed to help him complete the ‘first-year research paper’, which he wrote about the nineteenth century Magyar-speaking press’ China-image, how and to what degree Euro-American discourses and ideas influenced the Hungarian newspapers’ voices and ultimately the emerging Hungarian Orientalism. His class of ‘Independent Reading’ was particularly tailored for Mátyás’ scholarly needs by his primary advisor, equipping him with a list of literature crucial to absorb for a sufficient knowledge of the field. Needless to say, Mátyás not only completed the necessary course requirements, but his co-advisor, Professor Zvi Ben-Dor Benite, praised him for his superior and unique linguistic skills and finishing all his courses with excellent grades.

“I have recently concluded the first academic year of my doctorate program, which not only meant new challenges for my academic career, but also very practical changes in my daily life after the relocation and settlement in a new environment. The HIF scholarship provided me with financial aid that made this transition easier and allowed me to focus more on my professional duties.”

Upon the completion of his courses and assignments, Mátyás attended the “International Conference on War and Imprisonment” hosted by the City University of New York (CUNY) and the Austrian Studies Association’s conference of “Austria and the East” themed annual meeting at the University of Vermont (Burlington, VT), where his presentations dealt with the issue of Austro-Hungarian prisoners of war (POW) in the Far East during World War I. The welcoming and acclaiming reception from the audience commended not only his research and findings, but also enjoyed the application of Prezi, the Hungarian-developed presentation software.

Another accomplishment of the current academic year was the publication of his article, still on the Austro-Hungarian POW topic, in the peer-reviewed Journal of Modern Chinese History.

Reviving Bridges Between Hungary and the US

In addition to all this, Mátyás has also conducted a ‘special project’ called “The Role of Americans in the Hungarian Prisoner of War Relief Efforts During World War One,” which discusses American involvement in the international humanitarian and diplomatic issue of POW-relief. He further seeks to summarize his findings and point out their significance allowing him to include them in a future publication or dissertation chapter.

“In my project, I had the intention to look into American and Austro-Hungarian relations in a special place, during a special era. Building on my earlier researches on Austro-Hungarian POW captured by the Russian army and transported to the Far East during World War I, I was focusing on the humanitarian relief efforts provided by American nationals.”

Traits of good US-Hungarian relations were discovered by him through using Chinese, Austrian, and Hungarian archival materials as well as collections of personal accounts as he found postwar memoirs reserving the memory of American volunteers offering invaluable help to Hungarian prisoners. In the future, he is planning a project, which could aim to focus on the sources left behind by the American diplomatic service and the American Red Cross regarding their operations in these years.