Mr. Ferenc Gyuris, Assistant Professor at ELTE, Department of Regional Science highlighted the Hungarian perspective on post-transition and post-crisis shifts at the Annual Meeting of the American Assocation of Geographers (AAG)  in Boston, MA where leading geographers, GIS specialists, environmental scientists, and other leaders meet for the latest in research and applications in geography, sustainability, and GIScience. HIF proudly supported his participation at the conference.

Since the Annual Meeting of the AAG is the largest and most comprehensive congress of geography in the world, Mr Gyuris gained a comprehensive overview about the most up-to-date results and the theoretical and methodological innovations in global geographical research, with a special focus on American ones.

The pre-conference meeting of the Development Geographies Speciality Group in Worcester provided a special insight into state-of-the-art research methods and issues of U.S. geographers on development, especially in regions of the global periphery and semi-periphery. 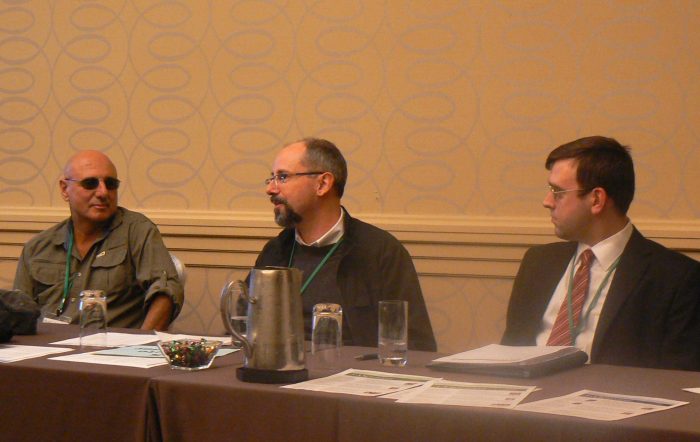 I received very useful feedbacks on my two papers and my panel contribution, which focused on the history and stand of geography in post-Communist Hungary and spatial disparities in communist and post-Communist contexts.

During the conference, Mr Gyuris  improved his academic network, got in touch and had fruitful conversations with most of the geography staff at Clark University in Worcester, which has a geography program ranked among the top 10 in the United States. He also made new contacts with scholars at several other U.S. universities, including Rutgers and Berkeley, and a number of institutions around the world, such as in Switzerland, Italy, Sweden, Brazil and India.

This was the first time I was invited to a panel at a U.S. conference, which enabled me to improve my experience of this form of knowledge dissemination and of presenting and explaining contemporary geographical tendencies in Hungary to an audience having little experience with post-Communist realities.

He also gained insight into the Development Geographies Specialty Group of the Association of American Geographers, including its research management and funding schemes, on its annual business meeting which he attended as participant of the pre-meeting conference.

As a result of his presentation, and contributions in Boston, he was contacted by a representative of the renowned international publishing house Springer, who is responsible for the new book series on “Historical Geography and Geosciences”, who invited him to the scientific board of the book series, which is an opportunity rarely offered to human geographers from post-Communist Central and Eastern Europe.

The invitation to the scientific board of the new Springer book series will enable me to improve the access of geographers in post-Communist Central and Eastern Europe in general, and in Hungary in particular, to high-quality international publication platforms. I intend to make use of my newly gained network in order to promote the global academic embeddedness of the scientific community of my country and the region.