For the past three consecutive years, HIF grants helped make it possible for the Csipke Ensemble to reach hundreds of people. Attendees of this annual camp were Hungarian, American-Hungarian, and those with no Hungarian roots at all but whom have a love of the culture. They had a choice of registering as a participant and attending lessons or as a non-participant and enjoying the atmosphere and folk dance events in the evening.

The camp attendance has stayed steady at approximately 200 campers, but the number of people attending the final night Gala show has been continuously growing. Out of the 200 campers, 55 were children aged from 3 to 13. Many of the older kids have now graduated on into the adult program and made a seamless transition.

The camp was able to bring reputable and accomplished musicians from Hungary like the Zagyva Banda and guest musicians Fazakas Levente and Margetán Máté. The guest musicians are trained and experienced music teachers, who were amazingly successful in working with the kids. 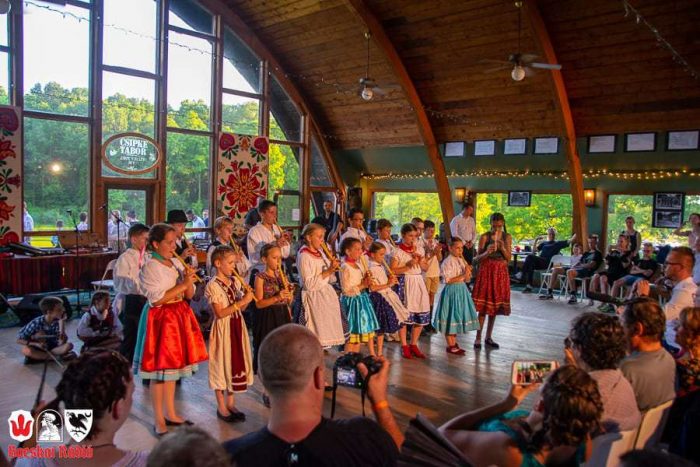 Fazekas Ottó recalls what a phenomenal job Busai Norbert and Busai Zsuzsanna did at teaching the adult campers. They are currently teachers at Vigano Institute of Folk Arts in Jászberény, Hungary, however, they also teach at many folk dance camps in Hungary, Transylvania, Canada, Slovakia, and Ukraine. They are experts of kalocsai and györgyfalvi – the dance styles taught at this year’s Csipke Camp.

Fundák Kristóf and Fundák-Kaszai Lili, adult teachers at the previous camp, were asked to teach the camp’s children program this year. They are the artistic directors of the Angyalföldi Vadrózsa Dance Ensemble in Budapest, Hungary, while they also create choreographies for other dance groups as well. The material they chose to teach the children this year was magyarföldi, from which they developed dance skills as well as created a choreography.

Organizer Fazekas Ottó is looking forward to expanding the camp, while staying devoted to the essential folk values:

“We will definitely continue with organizing the camp every year and each year we bring something original to the camp because the musicians, dancers and instructors are the best in the industry and they truly represent the traditional folk culture. We would like to find a better venue for the event, but the search is still on.”

The Ensemble received resounding applause and congratulations from the campers, who were there all week, and the attendees, who came from local areas as well as from further areas in Michigan and some from the surrounding states as well, at the completion of the camp’s Gala show on Friday, June 29.

The Gala show displayed the music and dances that have been taught all week, which gives opportunity to the music students to play what they have learned during the week and to the dance teachers to perform the dance material that was practiced while in full folk costume.