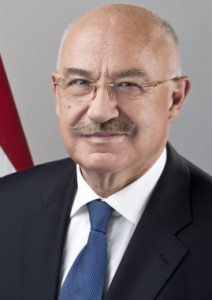 Former Foreign Minister of Hungary. János Martonyi served as Minister of Foreign Affairs of Hungary from 1998 to 2002 and from 2010 to 2014.

As an international arbitrator, he is a member of the Board of the Permanent Arbitration Court of the Hungarian Chamber of Commerce and Industry.

He has been awarded the Commander’s Cross with the Star of the Order of Merit of the Republic of Hungary, National Order of the Legion of Honor of France, as well as British, Austrian, Polish and Bulgarian state decorations.

He is member of the Batthyány Circle of Professors and the European Academy of Sciences and Arts.