Introducing Neumann Society: Meet the #HUNNOVATORS The modern diesel engine, ballpoint pen, holography, computer, Rubik’s cube, Ányos Jedlik, Joseph Galamb, Dénes Gábor, John von Neumann, Prezi, LogMeIn, Ustream –Hungarians have never been short of creativity, talent, and innovation.  This special Hungarian innovative talent: the legacy of the past, the hard work of the present, and the promise of the future stand at the center of the Neumann Society’s quest. Neumann Society is a new 501(c)(3) organization, based in Silicon Valley, whose mission is to create and to augment innovation cooperation and knowledge transfer in fields such as education, entrepreneurship, scientific collaboration and thought exchange within the American-Hungarian community and between Hungary and the US.

Dr. George Tilesch – the organization’s President we interviewed – married his American wife in Budapest and joined her in the United States in 2010. After a successful tri-sector career in Budapest and in Europe, this was his time to reinvent himself and explore new opportunities offered in the US market. In the beginning he began advising the new guard of Hungarian IT companies exploring the US market, but later accepted an offer to join TechSoup Global, the world’s largest technology aggregator for the social sector as a senior executive. Here he was deeply immersed in the global nonprofit sector but also learned in-depth about the components why the US has a robust civil society – which differed greatly from its Hungarian counterpart. This may have been the time when the first, rough idea of Neumann Society was first incubated. He wanted to set up a new non-profit organization that served the interests of the Hungarian community, but in a radically different way – all he needed was to find the partners and the community to co-create it with. A serendipitous meeting organized by Eleni Kounalakis, former US Ambassador to Hungary for the next generation of Hungarian innovators in the Valley led to an accelerating thought exchange with Balazs Laszlo Karafiath, a well-known cultural and media entrepreneur both in Hungary and the US. After successfully involving a circle of inspired young professionals and accomplished thought leaders alike, Neumann Society was finally born in October 2014, founded by George, Balazs and Zsombor Vincze, a very talented CPA working for Ernst and Young.

Neumann Society came into fruition in the “innovation capital of the world” Silicon Valley, California. It builds on the inevitable realization that there is a dynamically growing group of highly talented Hungarian professionals both in the Valley and the US, who are more or less under the radar and in need of a community network which creates opportunities for them.  While talking to a multitude of Hungary-born professionals George noted there is an expectation and mindset gap which needs to bridged; also that 21st century needs need to be served better with an adequate strategy, and that the current paradigm needs fundamental rethinking. Because of this, Tilesch and the core community decided that they would set up a network for innovative people to help both the next generation of US Hungarian intelligentsia and the Hungarian talent back in the motherland, to have access to more US and Silicon Valley opportunities. His idea was to create a cross- disciplinary “innovation umbrella” guided by a set of ethical values and standards, which convened and connected mindful innovators, a next generation of community leaders, and various initiatives creating tangible opportunities to benefit society as well as the transatlantic Hungarian community. In this way, Tilesch explained, talented minds and projects adhering to certain ethical principles and meeting high quality standards would be rewarded and their practice further encouraged. He envisioned that this organization would embrace Silicon Valley’s twenty-first century requirements for success and enable the community to unleash its creative potential; all that in service of a mindset rejuvenation and a new sense of community identity, which is more closely connected to the US empowerment and recognition of Hungarian talent of the present and the future.

Neumann Society is a charitable nonprofit organization set out to create and connect impactful innovation communities, and empowering the next generation of Hungarian-American intelligentsia. The organization creates and augments innovation cooperation and knowledge transfer and also promotes the advancement of socially responsible innovation in the fields of education, science, technology and entrepreneurship within the American-Hungarian community and between Hungary and the US.

Today, Neumann Society is a group of Hungary-affiliated accomplished professionals, building an innovation community in Silicon Valley. Tomorrow, with a growing set of partners and members from other communities they will become a transatlantic community of game-changing, mission-driven innovators from all disciplines who together shape our future.

Support the #Hunnovators on #Givingtuesday 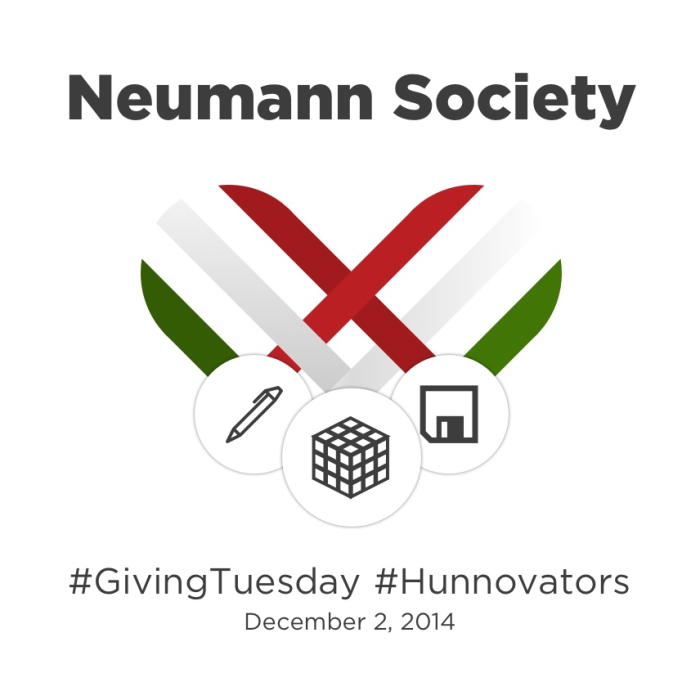 Neumann Society is launching its year-end #Hunnovators fundraising campaign as part of #GivingTuesday, the world’s biggest philanthropy campaign. They will mobilize US and motherland Hungarians as well as friends of Hungary. Supporters are asked to upload and share pictures and videos of innovative ideas, people, projects and products from the past, present and future which can be tied to the concept of #hunnovators producing exemplary achievements.  Look for the #hunnovators logo and join Neumann Society  to share and donate on December 2, when #givingtuesday takes over and spreads the spirit of giving all over the world.

Also, in December, Neumann Society needs your kind donations for the Neumann Scholarship Fund which would give top-notch US learning and immersion opportunities for young #hunnovators: students, researchers, startuppers alike.  Your donation can change the lives of Hungarian youth who –  with your help –  can achieve greatness.

Hungary has always been abundant with uniquely talented people. However, without the proper financial backing, the voices of the future Ernő Rubiks and John von Neumanns can easily go unheard and thus their achievements will remain unrecognized. With your kind donations, these innovators will get a chance to show the world that Hungarians are truly one of a kind. 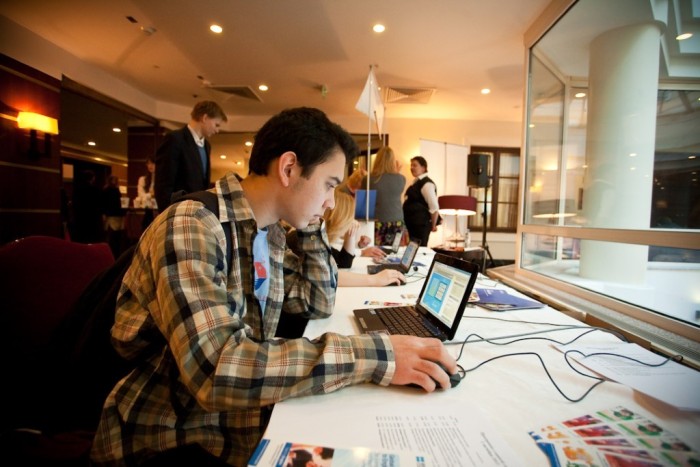 Neumann Society will be hosting its first ever international conference on March 14, 2015. #Hunnovators will be a one-day event in San Francisco that will include a variety of inspirational speakers from startup heroes to industry experts and other influential thinkers, including internationally well-known psychologist Dr. Philip Zimbardo as keynote speaker. The aim of the conference is to bring together great, innovative minds and exemplary achievers from a wide variety of fields to address the state of the human condition at this Age of Innovation and to show us testimonies of breakthroughs and successes – and the path leading there. The event will also provide a huge opportunity for the next generation leaders to convene and collaborate across disciplinary fields, and co-create  on projects that will serve and benefit the US Hungarian community, Hungary, and US-Hungarian relations. To get updates for the #Hunnovators Conference, sign up here.

Neumann Society also welcomes anyone who would like to contribute to their exciting missionand broad set of programs whether through social media support on facebook and twitter, volunteeringas part of the Society’s all-volunteer staff or at events, or signing up for the organization’s Flipboard magazines.

(Check out the whole Neumann Society team at http://neumannsociety.org/faces/) 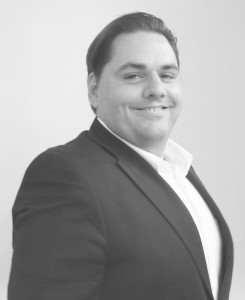 George A. Tilesch, President and Chairman of the Board

George is a Hungarian-American Tri-Sector strategist and Transatlantic Renaissance Man. A lawyer and diplomat by training, he worked in senior innovation, communications and strategy roles with the European Commission, Fleishman Hillard and Microsoft. He truly enjoys creating solutions at the often labyrinthine intersection of the public, private and social sectors. He has been living in the Bay Area since 2010 and serves as Senior Director of Strategic Programs at SF-based social enterprise Techsoup Global, the world’s Nr. 1 Tech aggregator for the social sector.

Laszlo is a cultural alchemist. He was involved in launching Sziget, one of Europe’s largest music festivals, and later went on to found Carnation Strategic Internet Consulting, a market leading online agency later acquired by WPP. He worked with Fortune 500 companies like Unilever, Coca Cola, Abbott Labs and SAP. Ha has been living in San Francisco since 2011 and currently serves as the CEO of www.Culture2inc.com 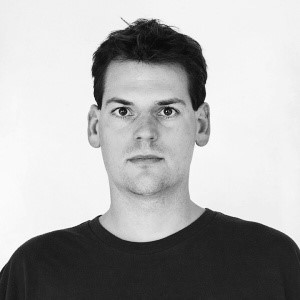 Zsombor is a well-rounded business phenomenon. His skills as an avid water polo player led to an athletic scholarship to UC Santa Barbara, where he graduated with High Honors. He served as an auditor for various high-profile Bay Area clients at PwC after he moved to San Francisco in 2011 and earned his CPA. Currently, he works as a financial due diligence specialist on various M&A transactions while at Ernst & Young.

← Prev: The Hungarian Communion of Friends Next: HIF Grant Form 2018 →